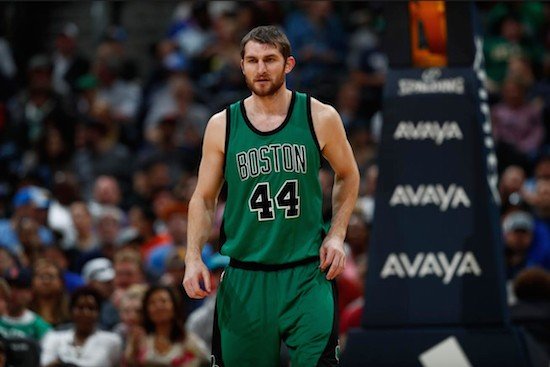 With the offseason winding down, it’s clear the Brooklyn Nets’ roster looks drastically different. However, this wasn’t because of their moves in the free agent market, contrary to expectations of the team at the beginning of the summer.

There was good reason to believe the Nets would make a splash in free agency this year. Their plethora of cap space — nearly $34 million — already spoke enough volumes about what the team could potentially accomplish in the open market. Some thought this amount could land a top free agent, as well as some more accessories to complement their young players. In my free agency guide, I expected Brooklyn to focus primarily on restricted free agents, with contingency plans falling on more experienced veterans. (Big men candidates were a separate category, and my wildcards were probably my biggest fallacy of the year.)

To some degree, the Nets’ focus was on restricted free agents, but my anticipated contingency plans for the team (vets) fell into that department as well. Unfortunately, one player after another was swooped up elsewhere, with all of Brooklyn’s rumored options — J.J. Redick, Andre Iguodala, Kentavious Caldwell-Pope and Otto Porter Jr. — disappearing within the first two weeks. As a result, Nets General Manager Sean Marks turned his attention to other means of making deals, mainly through trades. By July, he already had one trade in the books (we miss you, Brook!), which netted a young, potentially emerging superstar (D’Angelo Russell) and replacement big who’s also unsurprisingly developing his 3-point shot (Timofey Mozgov).

Then, after the Nets’ bidding war with the Wizards for Porter Jr. finally ended on July 13, Marks did not think twice before making his second trade of the offseason. In a move that offloaded an arguably insignificant contract (sorry Justin Hamilton), Brooklyn recouped some assets (two… TWO draft picks!) and a player I could consider an extremely low-key wildcard on my end, solely for his prior affiliation with the Hawks (DeMarre Carroll).

The Nets’ last trade to date was another that removed a minor role player, though his contract was heftier. No draft pick out of this deal, but Brooklyn parted ways with Andrew Nicholson and landed a player it had wanted since the prior summer. In terms of what Brooklyn accomplished this summer, this deal also garnered a considerable amount of attention. (If Russell was the most talked-about addition of the offseason for Brooklyn, then Allen Crabbe was a close second.)

It wasn’t that the Nets were completely inactive during the offseason; they just didn’t follow the traditional route of addition via free agent signings. On top of that, I highly doubt anyone could have predicted Brooklyn’s newest arrivals, with essentially all of them being direct results of the Nets’ bad luck in free agency. As a result, Brooklyn had one of the more low-key, successful offseasons, as far as upgrading in talent goes.

Earlier this week, the Nets finally completed their first free agency of the offseason, inking former Celtic Tyler Zeller to a two-year deal. Of course, they were in dire need of a backup big, and by this point, teams are virtually forced to take it or leave it, especially for big men. Still, in terms of which bigs Brooklyn had its eyes on, Zeller and another ex-Celtic, Jared Sullinger, are not exactly ideal candidates. Both players may fall under the “low-risk, high-reward” type moves, but the former has not yet displayed he has much to offer, and the latter has had his bouts with injuries. It probably would not even have been surprising if the Nets decided to stand pat and not sign a new big. In that sense, Zeller was really the first player Brooklyn decided to take a flier on this offseason, with its rebuild taking shape in a contradicting way.

As Basketball Insiders’ Ben Nadeau talked about on Episode 13 of the Brooklyn Revolution Podcast, the Nets are finally leaving a period in which they take fliers on newcomers. This “take a flier” phase was prominent last season, with the likes of Anthony Bennett, Greivis Vasquez and Justin Hamilton joining the team. Don’t let the listed players here fool you; taking a flier can have good outcomes. Remember: Sean Kilpatrick, Joe Harris, Quincy Acy, Spencer Dinwiddie and Trevor Booker fall under the umbrella of players the Nets took a flier on, and they are all still on the team.

However, this shift from the “take a flier” phase chiefly means there’s less uncertainty surrounding the players on the Nets’ roster. Russell and Crabbe are expected to be key contributors from day one, as both are likely to fill starting roles. Mozgov has huge shoes to fill with the loss of Lopez, but he, too, will start and should at the very least, help Brooklyn in the rebounding department.

The most doubt is on Carroll and Zeller, as far as how important their contributions will be and how much they will actually be able to provide. Both may turn out to be solid role players in Brooklyn, but for good reason (and thankfully), they were not the biggest acquisitions of the offseason. Consequently, it would have been like taking two steps backward, had the Nets wavered and signed anyone they could lay their hands on. Sound familiar?

The Nets might still be far from being a formidable rival in the NBA, but their rebuild is much further along, thanks to the strategy of upgrading in talent through trades. Free agency does not have to be their friend.