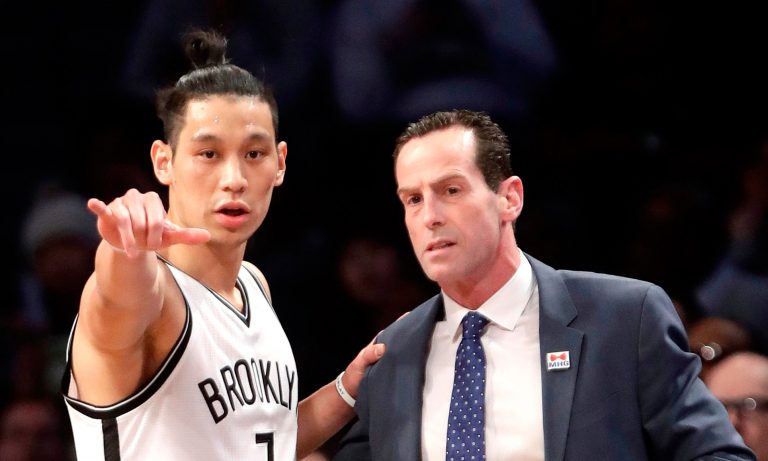 “Linsanity” took place over five years ago, but is still one of the most astonishing and remembered NBA breakouts. The event also follows Jeremy Lin wherever he goes, and the point guard reflected on the aftermath of his success, at the Brooklyn Tabernacle Church.

Before 2012, Jeremy Lin was relatively unknown in the NBA. His rise to fame — an elegant tale of an underrated player emerging on the NBA scene — shocked many, even the player himself.

“I reached a pinnacle of success beyond what I ever thought I could achieve,” Lin said, to an immense crowd of fans gathered at the Brooklyn Tabernacle Church event on Saturday. “I solidified myself as an NBA player. I secured my dream.”

Lin was among three speakers at the church for the “All Spheres of Life” event, which involved each speaker explaining his story and faith to God, to inspire spectators. Of course, as many are familiar with to this day, “inspiring” is one word that accurately depicts Lin’s NBA journey.

Prior to his NBA breakout, the 29-year-old had bounced around multiple NBA teams, unable to find a stable opportunity. The point guard went undrafted in the 2010 NBA Draft but was picked up by the Golden State Warriors after showcasing incredible shooting abilities in both guard roles with the Dallas Mavericks’ Summer League team. His time with the Warriors didn’t last long, as he only averaged 9.8 minutes in 29 games. Lin was also assigned to the Warriors’ G League affiliate, the Reno Bighorns, three times. Then, during the 2011 offseason, he was claimed off waivers by the Houston Rockets in December 2011 but was waived before the season even began.

All of these tribulations carried over to Lin’s dismay in his early days in New York, which immediately followed his pit stop in Houston. “There was so much fear… so much doubt…  so much anxiety because I felt like my NBA dream was about to be over,” he said. At the time, he was even sleeping on his brother’s couch because he thought it’d be pointless to get his own apartment if he was just going to get cut by another NBA team.

But, he wasn’t cut, because the unthinkable episode, known popularly as “Linsanity,” happened. Lin was picked up by the Knicks in the first place because of the injury-riddled roster, and as a result, he earned playing time he’d never been able to get before. Even more extraordinarily, he was singlehandedly able to change New York’s playoff outlook through his sudden burst of scoring and playmaking. In 26 games (25 of which he started) from February 4, 2012, to March 24, 2012, Lin averaged 18.5 points and 7.7 assists in 34.1 minutes per game. “If I look around, I always knew there were miracles,” he said. He described “Linsanity” as both a “personal miracle” and “God’s miracle.”

As a player, it’d be nearly (if not completely) impossible for him to recreate such a phenomenon. In terms of circumstances, all of the right things were in place for the event to even occur. If Lin wasn’t waived by the Houston Rockets in the lockout-shortened 2011-12 season, or if Knicks guards Iman Shumpert and Baron Davis were not injured, then he might have never ended up playing worthwhile minutes in New York.

The idea that miracles exist was one out of two things Lin took away from that experience. The second, which Lin characterized as “the most important lesson,” was “how fleeting earthly success really is.”

Lin mentioned a specific game where he came to this realization. (He said this moment was “as vivid” as his 38-point game against the Lakers on February 10, 2012, and his game-winner against the Toronto Raptors on February 12, 2014.) On March 12, 2012, the Knicks were on the road to play Derrick Rose and the Chicago Bulls. Lin was so anxious before the contest that he was unable to take his pre-game nap.

By then, he had solidified his spot on an NBA team, and he was a starter. This fulfilled his old dream of solely getting an NBA opportunity, but Lin looked ahead to the future. He wanted to be an All-Star and win a championship, and he simply replaced his old goals with new goals. “I’m so empty right now like this is actually miserable,” Lin said, recalling how he felt. He called this chain reaction of constantly setting new goals a “never-ending cycle of chasing.”

Understanding this issue, Lin recognized he needed to redefine his definition of success. “If ‘Linsanity’ is not enough… if it’s only enough to keep me happy for two weeks, I really need to reevaluate my life,” he recalled thinking. By doing so, he was able to reconnect with his faith and God.

The peak of Lin’s success would soon be over though, as the Harvard grad became a restricted free agent at the end of the 2011-12 season. New York decided not to match the Rockets’ four-year, $28.8 million offer sheet, and Lin found himself packing his bags back to Houston. His two-year stretch with the Rockets, as well as his following year with the Los Angeles Lakers, was met with disappointment and constant criticism. “Linsanity” was over, and he was coping with the after-effects.

Lin touched on one contest during his stint with the Lakers when he had to accept the reality of his situation. He was completely healthy but did not play at all. “I was back to ground zero,” he recalled.

Since then, however, he has regained respect for his superb performance as a sixth man with the Charlotte Hornets in the 2015-16 season, which carried over into expectations for this past season with the Brooklyn Nets. Lin is now entering his eighth season in the NBA, his second with the Nets. The 2017-18 season will be a redemption year for him, as he was sidelined for a majority of the 2016-17 season. “We didn’t do that great last year,” Lin said, which was followed by a roar of laughter from the audience. “We got 30th out of 30 teams, and I was hurt for over half the season.”

Surprisingly enough, Lin was still able to spin his first season in Brooklyn in a positive light, and he even contrasted it to his “Linsanity” experience. “Even in all that junk that I went through last season, I had more peace, more joy, more purpose than I did in the middle of ‘Linsanity,'” he said. “For the first time, I felt I was really riding above my circumstances.”

This summer, Lin has gone as far as to suggest the Nets could make the playoffs, which even garnered a joke from American rapper MC Jin, who spoke before Lin at the event. Toward the beginning of his speech, Jin mentioned having good news and danced around the subject ahead of beginning his story. “The Nets [are] making the playoffs?!” he exclaimed while pointing at Lin on the balcony.

It’s only a matter of time until we find out whether the Nets could be more than a fluke and whether Lin is right.