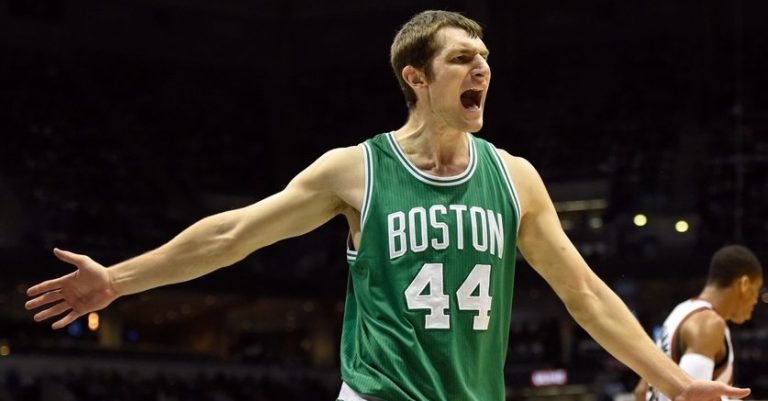 After one of the craziest NBA offseasons in recent memory, the buzz around the league has started to die down. At this point, the only open question for the offseason is if Carmelo Anthony can escape from purgatory. The rest of the basketball world is either focused on Euroleague play or in the midst of preparation for the start of training camp. Sean Marks, however, is not one to take a backseat. Although most of the league’s free agents already had a home, Marks found a potentially valuable contributor still languishing on the market.

According to ESPN’s Adrian Wojnarowski, the deal is non-guaranteed for the 2018-19 season. That non-guarantee might not seem like much on what is almost certain to be a deal for the veteran minimum. However, it gives the Nets some valuable flexibility in their roster construction going forward.

Tyler Zeller is certainly not a big-name free agent signing. However, he can help the Nets fill out a very thin front-court rotation. His screen-setting ability and solid rim protection might not be flashy, but Zeller’s size and complementary play style will help him to potentially earn a spot in the Nets’ rotation.

Tyler Zeller is not the player that anyone could consider a high-volume scorer. However, he can contribute on that end of the floor with his solid screen-setting. Zeller is not the type of NBA strong man that routinely decimates opponents with his screens, but he uses every inch of his height to his advantage when he does set a pick:

Notice how Zeller sets up in his stance before setting this screen. He does not lay Kilpatrick out on the floor or even get full body contact. Instead, his wide stance (which looks dirtier from this angle than it probably was) slows down his opponents simply because of how long it takes to get around him.

When Zeller is not setting screens on offense, he can be a bit of an offensive burden. Luckily, Zeller makes up for that by being an exceptional cutter. He is good enough at reading opposing defenses that he can find a way to the rim when left alone:

Zeller manages to hold his position for just long enough to convince Jeremy Lin that he is setting a screen. As soon as he sees the gap created by Lin and Justin Hamilton‘s confusion, he finds his way to the rim for an easy dunk. Zeller’s cuts accounted for 14.6 percent of his shots last season, and he converted those looks at a stunning 69.6 percent clip. Tyler Zeller might not be anyone’s idea of an offensive lynchpin, but he is effective at doing what he does best.

Man in the Middle

Tyler Zeller is not a hyper-athletic defensive force in the mold of his brother Cody. However, Zeller is just mobile enough to use his size effectively on the defensive end. He is not an elite shot-blocker or even an above-average one. In spite of that, he is able to be a useful contributor when protecting the paint.

Opponents shot 57.3 percent near the rim when being guarded by Zeller, which was 3.8 percentage points better than league-average, per NBA.com. Furthermore, his defensive rating of 104.4 was fourth-best on the Celtics last season. The Celtics had a defensive rating of 105.7 when Zeller sat; given that Zeller came off the bench for almost all of last season, he made the team better defensively even though he was surrounded by inferior talent.

Zeller is ultimately not a franchise-altering force. However, he is a competent seven-footer joining a team with only one other seven-footer. Zeller is also one of only three current Nets players with a listed height above 6-foot-8 — and that includes very generous listed heights for Trevor Booker and DeMarre Carroll.

Sean Marks managed to find a useful player for the Brooklyn Nets in the September free agency market. Even if Zeller falls flat on his face, Brooklyn can cut him next season without having to sacrifice anything. Tyler Zeller might not be a superstar player, but he can be a valuable contributor for a Nets team in desperate need of another big man.