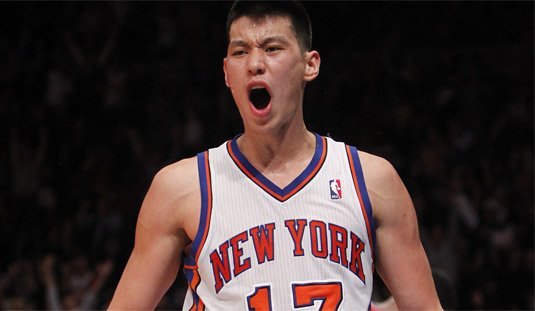 Jeremy Lin: The Road to Brooklyn

The 2006 CIF State Championships Division II Final was a classic story of David vs. Goliath. On the one hand, you had the 33-2 Mater Dei Monarchs, the overwhelming favorites for the title. It was a school of rich tradition, filled with high school stars such as Kamyron Brown, Taylor King and the Wear twins, Travis and David. On the other hand, you had the unassuming Palo Alto Vikings. Though they went 31-1 that season, Palo Alto was completely off anybody’s radar. Upon studying their opponents’ tapes, the Mater Dei coaches decided not to share the video with their players so they wouldn’t become overconfident.

What those tapes couldn’t capture, however, was the team spirit among the Palo Alto players. Though they might have seemed like a random neighborhood team to an outsider’s eye, they played for each other.

And, of course, they had Jeremy Lin to lead them.

With two minutes to go in the game, the clock read 44-42. Palo Alto held the lead for the entire game, but Mater Dei kept clawing back. All they had to do was to defend the next possession and they would have the chance to tie the game or take the lead. Up until the very end of the possession, it seemed like that was exactly what would happen. Once again, Goliath would triumph.

With two seconds left on the shot clock, Lin had the ball far beyond the top of the key. He looked up, heaving a desperation shot that bounced off the backboard… and into the basket. Though there was still enough time for a comeback, the faces of the Mater Dei players had said it all. A couple of minutes later, the game was officially over; the final score read 51-47 to Palo Alto. Against all odds, it was David who prevailed in the end.

This was the crowning moment of Jeremy Lin‘s illustrious tenure in Palo Alto High. During his senior season, he averaged 15.1 points, 7.1 assists, 6.2 rebounds and 5 steals per game. As a reward for his achievements, he was named Player of the Year of Northern California Division II and selected to the All-State First Team. And yet, despite the accolades and eye-catching numbers, his prospects of becoming a pro player weren’t looking good. When people looked at Lin, they saw a scrawny kid of smallish stature and a seeming lack of athleticism. Palo Alto winning the title was a great story, but it was mostly seen as a team effort.

Of course, there were people who believed in Lin, even back then. If you asked his coach, Peter Diepenbrock, about the young guard’s biggest priorities, he would answer, “Making plays and winning games.” Every time Palo Alto was on the verge of losing a game, it was Lin who would step up. Whether he wanted to attempt a game-winning basket or assist for one, the ball had to be in his hands. If you had asked Lin why he wasn’t afraid of pressure, he would’ve responded that he just hated to lose. Diepenbrock would agree, citing his leadership ability as one of his key strengths. Here is an interview with him that might just prove prophetic in the coming years:

“His game is running the show, I mean his strength is being the leader and making the decisions for the team, that’s his number one strength is decision making out there. He just has an incredible feel for the game, he knows what needs to be done every time.” Peter Diepenbrock, Palo Alto High School Coach