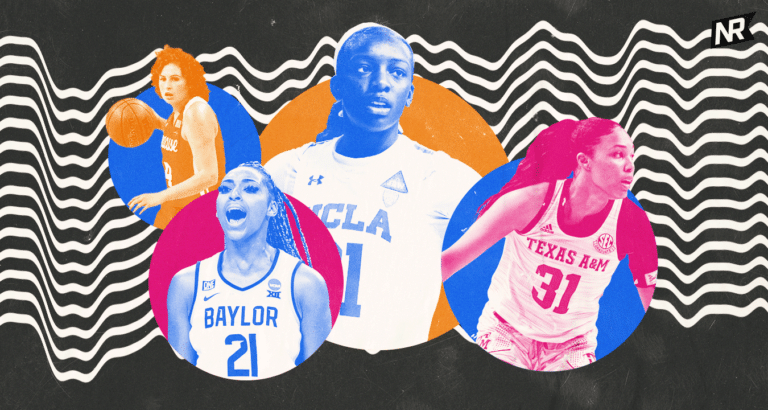 The 2021 WNBA Draft is just a week away. The New York Liberty hold the sixth pick in the first round, but they’ve also got some more picks later in the draft, with the team currently holding picks 17, 25, and 29 as well. Based on the current makeup of the Liberty roster, there’s no guarantee that any of these players make the team, but it’s not a stretch to imagine a few players opt not to play this season and suddenly there’s a player available who New York can use.

So, let’s look at some players who the team could target in the second and third round of the WNBA Draft.

Let’s start with some players who could fall down to that 17th pick. I’m going to try to be realistic here, so players I mentioned in my piece about who to target with the sixth pick aren’t included. Natasha Mack and Jasmine Walker shouldn’t be available at 17, but also last year the Lynx shouldn’t have been able to get Crystal Dangerfield at pick 16, so we can’t count anything out.

Anyway, some options for New York with the 17th pick in the 2021 WNBA Draft.

I don’t think any prospect fell farther this year than Onyenwere. Look back at preseason mocks and you’ll see her name pretty high up–ESPN had her seventh in theirs back in December, while Ben Dull had her seventh on his initial big board, and she was really sixth since that board featured Rhyne Howard.

But the Bruins forward just didn’t really do much this past season to improve her draft stock. Her field goal percentage dropped over four points despite a big increase in her three-point percentage. Her turnovers were up. Her rebounds were down.

Onyenwere is super athletic, but she doesn’t necessarily have ideal size to play the four, so she needs to keep developing her shot to stick as a WNBA wing. In the second round if she’s still there, I’d make the bet on that happening every single time. She could wind up being the steal of this WNBA Draft.

Heal could join some fellow Australians in the Liberty seafoam. I haven’t gotten to watch too much of Heal because of the whole “she played in Australia and I don’t live in Australia” thing, but I like what I have seen. She’s 19, because international players get to enter the WNBA Draft earlier than U.S. players, so that’s one advantage to taking her. Another? At 19, she finished fifth in the WNBL in points per game at 16.7, plus was top 10 in steals per game. She only shot 31 percent from deep, but she’s a young point guard who knows how to score. Could be a great fit in New York.

Jones — who I wrote a longer piece about in March for Texas Basketball that broke down why she’s such an intriguing prospect in this WNBA Draft class — doesn’t seem like a Liberty player on the surface. She doesn’t shoot threes, but what she does do is rebound the ball really well and get close to the basket:

Efficient shot selection is important, and it’s something Jones brings. If New York wants a big who can score off cuts and add some post work to the lineup, Jones would be a solid choice. I’ve always thought there was something Reshanda Gray-ish to Jones, and well…I miss seeing a Reshanda Gray-type player on this team!

Gondrezick shot 36.4 percent from three on 6.3 attempts per game last year. She did that with a usage rate that ranked in the 91st percentile. Put her in a lower-usage role in New York, and we could see Gondrezick reach new heights. Per Synergy, she scored 1.333 points per possession on unguarded catch-and-shoot looks, which ranked in the 86th percentile. She was better as a spot up shooter than she was at shooting off the dribble, so I’d love to see her in a largely off-ball role in Walt Hopkins’ system.

Carrington isn’t a great long-range shooter. Let’s just get that out of the way early here. She shot under 30 percent from three for the second year in a row.

But even with that, Carrington scored 0.965 points per possession on spot ups, good for the 80th percentile. She improved her free throw shooting to 72.3 percent, by far the best number of her career. I think there’s something there offensively that the right coach can unlock.

And if that gets unlocked? Oh, look out. Carrington was one of the best perimeter defenders in basketball last year. She has some nice size out on the edge and can create a lot of chaos, poking away steals and keeping opposing wings from cleanly driving inside. The offense is a project, but the defense should translate immediately.

Third Round Options For The Liberty

Third round picks in the WNBA Draft don’t have the best track record of making an impact, but this is a weird draft, without a lot of elite talent but with a lot of depth. Someone could come in and have a productive training camp that gets them a roster spot.

Mangakahia missed the 2019-20 season due to cancer. She then came back for this past season and averaged 11.5 points and 7.2 rebounds per game. Her three-point shooting was down some, but overall, Mangakahia’s final year at Syracuse was a success. She overcame the odds and made it back onto the basketball floor, where she had a strong year. Her shot attempts were down, but she showed she could work as a lower usage player. Her upside remains high.

Another point guard who the Liberty could look to late, Slocum’s a really good shooter, hitting 39.7 percent of her treys this season. Her assist to turnover ratio was in the 99th percentile and she’s used to playing in a fast-paced offense, as she spent the last season playing for Mike Neighbors at Arkansas.

Slocum probably gets picked in the second round, but she had a pretty bad showing in the NCAA Tournament and I don’t necessarily think she’s someone New York needs to target in the second. But if Slocum falls to the third, her shooting ability could be a huge asset.

Speaking of scoring, Kelly can score. 23.9 points per game, including 2.6 made threes per game. You would have liked to have seen her shoot better than 35.7 percent from deep since she was mostly playing MAC competition, but Kelly knows how to score the ball. She also had some good showings against Big 10 schools, with 30 points against Michigan and 26 against Michigan State, followed by 23 against Iowa in the NCAA Tournament. No, the Big 10 isn’t a great defensive league either, but Kelly showed up against high-major teams. That counts for something.

You can’t teach size, right? And Nancy Mulkey has size. Standing 6-9, Nancy Mulkey is an imposing force inside. She ranked in the top six in blocks per game for the third season in a row, plus grabbed a career-high 8.3 rebounds per game.

I worry about Mulkey’s ability to defend in space, but there’s just something intriguing about her. She was 3-for-4 from deep this year — her first four attempts of her career — and has been a really good free throw shooter the last two years, including hitting 84.8 percent of her shots as a junior. Mulkey shot five percent above average in the mid-range, a number made more impressive by the fact that she’s a center. I really think there’s something there with her as someone who can shoot outside of the paint while also protecting the paint.

Nancy Mulkey has taken her name out of draft consideration and is returning to school for one more season.

This was a weird season and I have no idea what to really think of this draft board. So while I think both of these players could be in play with that second rounder, I also know that they’ve both fallen to the third in a lot of mocks. In that case, maybe one of them is still on the board when the Liberty pick at 25 and 29. I mean, ESPN even has Gondrezick going to the Libs at 29, so…yeah!