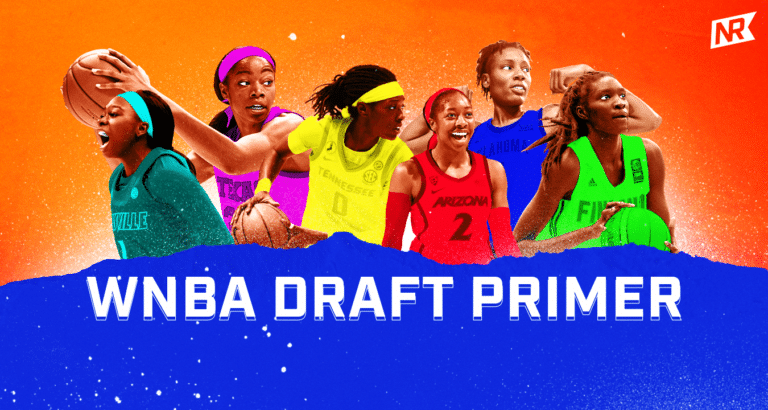 Happy draft week! On Thursday night, the WNBA will welcome in its latest crop of talent. Here at Nets Republic, we’ll have you covered with lots of pre-draft analysis this week (and, of course, post-draft player profiles in the days after). The goal here is to get you prepped with all the basics! Throughout, we’ll update this piece with the highlights of our draft and free agency coverage, so bookmark this and check back periodically for our buffet of breakdowns surrounding the 2021 WNBA Draft.

The WNBA Draft 2021 Presented by State Farm® will be exclusively televised by ESPN (and available on the ESPN app) on Thursday, April 15, 2021 from 7 to 9 PM ET.

Like last season, this draft with be digital — complete with a Virtual Orange Carpet — so top prospects will hear their names called from home, surrounded by their families. In addition to the selections, the coverage will highlight the upcoming 25th season, which has been in the news of late, due to the exciting trio of Nike uniforms each team revealed last week. Per the league, “in line with their commitment to vaccine education during the off-season, the telecast will feature WNBA players discussing COVID vaccines with a focus on health equity.”

Queen Ballers Club’s Draft Resources page is another great source for aggregated articles, mocks, and prospects ahead of Thursday’s Big Board.

The New York Liberty will tip off their season — the first game for the entire league, in fact — on Friday, May 14 against the Indiana Fever, debuting the Barclays Center as their new homecourt. The entire Liberty schedule can be found here, courtesy of the WNBA.

As I’m sure you remember, back in December, the ping pong balls bounced New York’s way for the second straight season, netting them the top selection. They moved the number one to Seattle in the Natasha Howard trade; within that day’s series of moves, they backloaded, acquiring the sixth pick from Phoenix as part of the deal that moved Kia Nurse and Megan Walker.

So, why trade away the rights to the first name off the draft board? “It’s Natasha Howard,” Liberty GM Jonathan Kolb said at Howard’s introductory presser. “I hope people don’t forget how damn good she is.”

In the coming weeks, the staff of NR will get you prepped with in-depth analysis about what the Liberty roster will look like heading into training camp, but here’s a summary of how things stand as of today.

WNBA Draft Preview: Who Could the New York Liberty Target at No. 6? Justin Carter – April 6, 2021