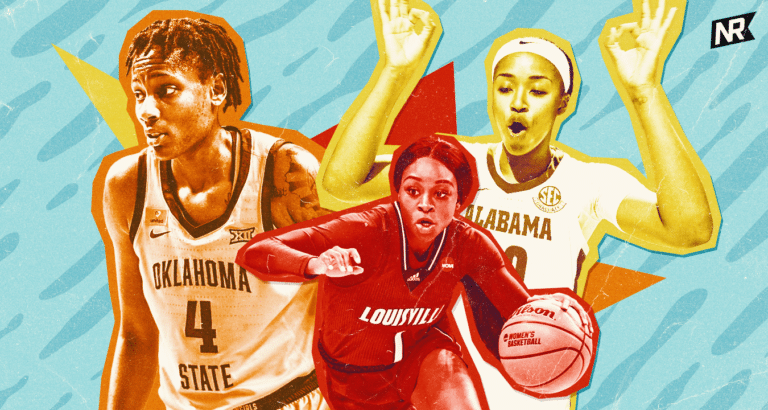 WNBA Draft Preview: Who Could The New York Liberty Target At No. 6?

Through a series of deals, the New York Liberty — winners of the 2021 WNBA Draft lottery — have wound up with the sixth pick in the first round instead of the No. 1 overall pick.

The choice at No. 1 seemed easy: you either take Texas center Charli Collier or Finland big Awak Kuier, both of whom potentially filled a big need on this team. But with the trade for Natasha Howard, the frontcourt isn’t quite as big of a concern now as it was a month ago, leaving New York with a larger variety of options when they’re on the clock.

As part of my second-annual draft preview series, I’ll be looking at potential options for the Liberty in every round of the draft. Today, I’ll be starting with that No. 6 pick. What should the Liberty be looking for? Who should they target? (And as a reminder, the 2021 WNBA Draft takes place April 15th on ESPN.)

We’re all thinking that Natasha Howard will play the five, but pigeonholing her into that position when she’s just as good at the four could be a mistake. That’s where another Natasha could come into play: Oklahoma State’s Natasha Mack.

Mack doesn’t offer the three-point shooting that New York seems to value — she was just 1-for-9 over her two years at Oklahoma State — but she’s so good inside the arc that you have to have an eye on her with the sixth pick.

Red numbers are good. In this chart, those numbers indicate that Mack:

So while she doesn’t stretch the floor in traditional ways, her offensive shot profile has some A’ja Wilson to it. If she can keep her mid-range efficiency up, she’ll still be able to draw some defenders out of the paint, opening up driving lanes for Layshia Clarendon and Sabrina Ionescu.

Mack was also the Division I leader in blocks per game this season. Adding her to the frontcourt would give New York one of the best defensive fronts in the league, with Mack and Howard both being versatile post defenders who can rotate, block shots, and just generally make life bad for opposing offenses.

Is There A Point Guard In The WNBA Draft Who Can Complement Sabrina Ionescu?

Two point guards are expected to go early in the 2021 WNBA Draft: Louisville’s Dana Evans and Arizona’s Aari McDonald. Both present some positives and negatives in terms of their fit with the Liberty.

Of the two, she’s the one you can trust the most to be a shooter. Per Synergy, Evans ranked in the 80th percentile in points per possession on catch-and-shoot attempts and the 84th percentile on dribble jumpers. She can score on and off the ball, making her a nice offensive fit beside Ionescu. Evans would bring a shooting component that isn’t necessarily there when Layshia Clarendon is on the floor. Pairing her with Sabrina Ionescu would make for a backcourt that would have a lot of promise on the offensive end.

Evans isn’t quite the defender that McDonald is, though. The two-time Pac-12 Defensive Player of the Year, Aari McDonald isn’t as consistent a shooter as Evans — though her tournament run this year has seen her dropping shots into the bucket at a really high rate — but would add to a Liberty team that continues to build some interesting things on the defensive side.

After her impressive shooting performance during the NCAA Tournament, McDonald has made a run up WNBA draft boards, with some wondering if Dallas could take her with one of the first two picks. I’m not sold on that idea, mostly because I don’t know if I trust McDonald’s shooting:

She had a great tournament, but overall, McDonald has been a below-average shooter during her college career. I’m not really sure Dallas needs to put an iffy shooter beside Arike Ogunbowale, who herself is a lot like McDonald: she’ll come up with some big shots when needed, but isn’t super reliable from deep.

McDonald would be at her best playing beside a guard who can knock down everything, which would open things up for the Arizona star to drive to the hoop. Considering Sabrina Ionescu shot 39.2 percent or better in each of her college seasons; I’m confident she can be that player in the W, which would help hide McDonald’s biggest flaw.

One thing this year’s tournament convinced me of: McDonald is going to be really good, and I think if I was Jonathan Kolb, I’d go with her upside over Evans if both were on the board. Of course, McDonald falling past Indiana at four is starting to seem less and less likely, so the Liberty might have to settle for Evans, who is just so incredibly good in her own right that the word “settle” isn’t even appropriate here. You can make a clear argument that with New York’s defensive improvement this offseason, Evans’ shooting is more important to this team than McDonald’s everything-else would be.

Adding Shooting On The Wing

With the way the Liberty play basketball, “the wing” is a concept that encapsulates three positions — the two, the three, and the four. And at at least one of those spots, there’s still an opening for someone to claim a starting spot.

Right now, we can probably pencil four players in as starters for New York. There’s the Clarendon/Ionescu backcourt. There’s Howard at the five. And there’s Sami Whitcomb at the three. But then there’s…well, who is there?

Right now, the power forward on this team is probably Jocelyn Willoughby. No, she’s not a traditional power forward, but she was the team’s best three-point shooter last year, connecting on 40.5 percent of her attempts from deep. The Liberty want to shoot threes. They want to space things out. Willoughby does those things.

The other option is Rebecca Allen, who brings you the same things offensively as Willoughby but with the added bonus of being a veteran. That could help defensively. The problem: Allen isn’t technically signed yet.

That could lead general manager Jonathan Kolb to look for a stretch four option at six. That player could be Alabama’s Jasmine Walker.

Walker shot 39.8 percent from three last season on 7.3 attempts per game. She also added 9.4 rebounds per contest as well. The 6-3 forward can play the three and the four for New York, and she finished well at the rim this year, hitting 66.3 percent of her shots there. Walker doesn’t just have to be a spot-up option. She can get some work in in the post, both on drives and on some post-ups, though New York seldomly posted up last year.

The Liberty could go for a wing like Rennia Davis, but Davis doesn’t feel like a strong enough shooter for Walt Hopkins’ system. They could pick Rutgers wing Arella Guirantes, but it’s really starting to feel like Guirantes will get taken by Atlanta at three or Indiana at four. Michaela Onyenwere is an option, but doesn’t seem like someone who fits this team as well as Walker would.

So, what should the Liberty do in the 2021 WNBA Draft?