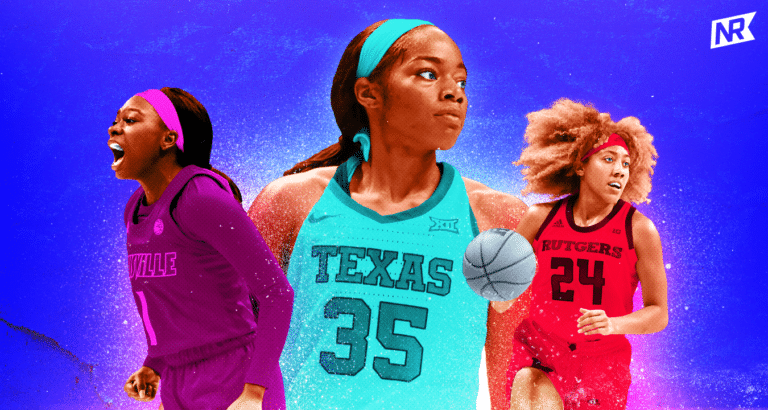 Unlike last year’s draft where Sabrina Ionescu was the clear-cut #1 overall pick for New York, the 2021 WNBA draft could be the most unpredictable in history. Throughout the league’s 25 years there have only been a few drafts that didn’t feature a clear first overall pick. Looking back, the 2019 draft imposed some uncertainty, but nothing like what we could see for 2021. In 2019, an early entry by Jackie Young shook up the draft, but she wasn’t pegged to be the clear first overall pick for Las Vegas either. Even in 2014, Chiney Ogwumike wasn’t the obvious top pick, but the debate was between her, Odyssey Sims, and Kayla McBride.

For 2021, I break down ten potential prospects that all could go #1 overall to the New York Liberty. The 2021 WNBA Draft is considered weak by most experts but, nonetheless, whoever the Liberty pick should be a difference-maker. Also, with the NCAA’s decision to allow seniors another year of eligibilty, this would make the 2021 the most unpredictable. Three potential early entries, two foreigners, and a local favorite are among the potential suitors to land with Walt Hopkins’ Liberty.

The first early entry option and the top overall prospect, Collier fits perfectly into Hopkins’ system. She’s a big that can shoot from outside and crash the boards. Collier is currently averaging a double-double (25 points & 11.8 rebounds) while shooting 61% from the field and 43% from behind the arc. She’s versatile and runs the floor well. Pairing up Collier with Ionescu creates the ideal uptempo system that the New York Liberty want to run. Whether coming off the bench behind Kiah Stokes or playing alongside her, the potential for Collier to flourish under Hopkins is something the Liberty can’t pass up on. With Amanda Zahui B. currently unsigned, the Liberty’s biggest vacancy is inside, and Collier fills that void.

The first of two international prospects. Kuier, at just 18 years old, is putting up solid numbers overseas in Italy as well as during 2019’s FIBA U-20 European Championship. Kuier’s game reminds me of the Nets’ Kevin Durant. A high arcing jump shot, solid post mechanics plus the ability to run the floor. Kuier’s ceiling is very high and could potentially pair up well with Stokes or even Rebecca Allen in the high post-game. One potential issue with Kuier, like many young, foreign players, is whether she can adapt to the more physical nature of the WNBA. A second issue, like any foreigner, is whether they can commit to playing in the league long-term. Some of the best international players have only played a season or two in the league (Ana Dabovic, Marta Fernandez) while others have been drafted and never played (Alba Torrens, Astan Dabo).

Guirantes just may be the best all-around player in this draft. With the capability to play the 2 or the 3 and likely the 4 in Hopkins’ system, she could be taken first overall despite the need inside. Guirantes is a solid three-point threat (38.5% in 2019), a slasher to the basket while also providing solid post moves for a player just 5’11”. Possibly if GM Jonathan Kolb snags a veteran post player during free agency, the Liberty will lean towards taking Guirantes, who could be a solid contributor off the bench. Other factors of Charli Collier not entering and Awak Kuier opting to not come over immediately would benefit Arella going first overall.

Rupert’s the second international prospect for the New York Liberty. Rupert is the best pure post player in the draft and is also a teammate of Marine Johannes for the French national team. Rupert was named the Young Player of the Year for the 2019-2020 EuroLeague season. Lacking a three-point shot may deter Kolb from taking her. But New York lacked a true center last season and Rupert provides that back to the basket type and gives them someone that can post-up with ease. Like any foreign talent, the uncertainty of her showing up draws a red flag. French players aren’t known for showing up in the WNBA, but if Johannes is willing to play in 2021, maybe that can be a sign Rupert shows up and goes first overall.

Perhaps Evans going to the New York Liberty isn’t the most logical choice. However, Evans’ stock continues to rise. Through just five games this season she’s averaging 21 points, 4.6 assists while shooting 46.5% from the field and 32.3% from three-point range. Adding Evans would significantly deepen their back-court and provide Ionescu a solid tandem for years to come. Evans would also be the fourth Cardinal to be on the roster putting her alongside Asia Durr(2019 #2 pick), Jazmine Jones, and Kylee Shook. New York is already deep at the guard spots, but considering Hopkins’ position-less line-ups, landing Evans wouldn’t be much of a surprise. Likewise, picking Evans at number one, like Guirantes, would also require them to land a free agent post player in the off-season.

McDonald is in the same situation as Evans. A strong guard who is good at distributing the ball with an ability to score at will. McDonald’s three-point shooting is currently up from last season (32.3%) and she has a more defensive presence than Evans. A Pac-12 Defensive Player of the Year from last season, as well as the Ann Meyers Drysdale Award winner, McDonald’s defense, has hints of Liberty legend Teresa Weatherspoon. But her erratic style of player and high turnover ratio could keep her away from the #1 pick. With the Liberty already deep at the guard positions, several dominoes would have to fall in order for Aari to be considered the #1 pick for New York. There no denying her playmaking ability though. This would give her the slight edge over Arella Guirantes & Dana Evans if the Liberty look to select a guard instead.

Austin is the second early entry for this draft after being granted immediate eligibility from transferring from Maryland. Unlike Collier or Awak Kuier, Austin would give the Liberty a true center on their roster. Austin’s ability to create her own shot inside and to post-up with ease could give her the edge over someone like Collier. Though her lack of an outside shot could have Kolb & Hopkins look the other way. With Kiah Stokes camping out on the three-point line last season, Austin is averaging 2.75 blocks per game so far this season, which would give the Liberty a solid defensive force inside. Furthermore, despite Austin’s 6’5″ frame inside, she’s only bringing down just under 6 rebounds per game, an area that the Liberty need improvement. Austin’s transfer to Ole Miss was to improve her perimeter game, but we’ve yet to see that take place. Like any potential guards for New York, several factors would need to occur for her to move up, besides finding her outside shot.

Much has been expected from Mack this season at Oklahoma State. The departure of Vivian Gray to Texas Tech has landed Mack with a huge offensive burden. Mack’s numbers are down from last season, and that’s been an alarm for WNBA scouts. However, her most recent game against SMU was Mack’s first double-double of the season and possibly puts her back to where she was her junior year. Like Shakira Austin though, Mack lacks an outside shot, which may be the one tangible that keeps her from going #1 overall. Quite possibly the best rebounder in the draft may not be enough to boost up her rankings. However, if Hopkins and the Liberty want to bring in a true inside threat and a rebounding specialist, Mack may find her way into the #1 spot.

A 6’2″ wing that’s mobile and can rebound well would appear to fit nicely into the Liberty’s system. However, Davis’ numbers have tumbled since last season in every area. Despite a double-double in her first game of the season against Western Kentucky, Davis’ numbers have fallen, which included just 8 points and 5 rebounds in an overtime loss against West Virginia. Davis’ three-point shot is also almost non-existent this season. Dropping from 29.6% her junior year to only 9% this season is alarming. Davis would work very well in New York’s small-ball system but only if she can get back to where she was last season. Getting back to averaging 18 & 8 will improve her draft stock considerably. And potentially put her back in the conversation for the first pick.

Evina Westbrook is another early entry candidate for the Liberty. Despite not having played much basketball in almost two years, Westbrook is on the radar of several WNBA scouts. Westbrook had to sit out all of last season due to eligibility rules after transferring from Tennessee which was paired with two knee surgeries. Her two seasons while at Tennessee showed most that she was pro-ready then. A dynamic guard that can slash inside with amazing court vision and be a threat from outside. It’s yet to be seen after nearly two years and two knee surgeries if Westbrook is back to where she was while at Tennessee. Hence the low ranking for her to go first overall. Westbrook’s high expectations and maturity should propel her into a lottery pick for the 2021 draft. That’s assuming she decides to enter early and returns to form.