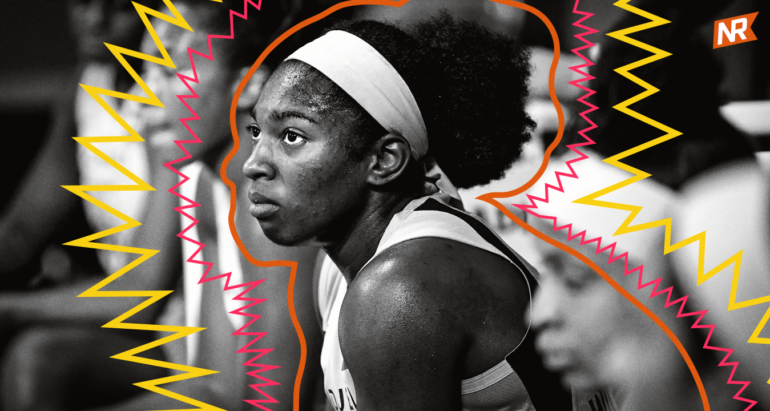 What the Jocelyn Willoughby Injury Means for New York

On Wednesday, news broke that New York Liberty forward Jocelyn Willoughby had torn her Achilles during Monday’s scrimmage against the Connecticut Sun:

Let’s not sugarcoat this: the Willoughby injury is bad. It’s bad for the Liberty, who really needed someone who shot as well as Willoughby did last year. It’s bad for Liberty fans, who don’t get to watch an exciting young player. And most importantly, it’s bad for Willoughby, who genuinely seems like one of the best people in this league. She’s now losing a crucial development year in a league where making a roster can be almost impossible.

She’s also dealing with one of the worst injuries a basketball player can get, though she’s young. We did just see Breanna Stewart return to form after she suffered the same injury. On the Nets side, we’ve seen Kevin Durant still look like a dominant player after his own Achilles injury. Recovery from this particular injury happens, but it’s still terrifying to see Willoughby suffer it.

So, what does Willoughby’s injury mean for the Liberty? Let’s get into that.

What Willoughby Would Have Brought the Liberty

Last season, Willoughby was the only Liberty player to shoot over 40 percent from deep, connecting on 40.5 percent of those shots. While she only attempted 1.7 threes per contest, her shooting ability was still a positive sign on a team that struggled all year.

Among all players to attempt at least one shot per game from less than five feet, Willoughby had the league’s worst field goal percentage at 31.0 percent.

But if we isolate things down to just her jump shooting, we get a much different story. She generated 1.096 PPP on her jump shot attempts, which ranked in the 86th percentile. She was in the 97th percentile in dribble jumper PPP, and was effective shooting from deep and from the midrange. Her jump shooting numbers show someone who could be an elite level spot-up threat, even if she was essentially the league’s worst finisher at the basket. Playing with better talent around her could have likely helped Willoughby’s efficiency when she drove, as there would have been more space inside for her.

Anyway, Willoughby was going to give this team an important element on the outside. Pairing her with some of the team’s new additions like Sami Whitcomb would have helped the Liberty skyrocket up the three-point efficiency charts.

She was also a solid defender. Per Synergy, opponents shot 39.1 percent when guarded by her, and she was especially strong when guarding outside on spot ups, ranking in the 73rd percentile in PPP allowed when defending spot ups.

How Will New York Fill the Void?

This is tough, because I’m just not sure the Liberty necessarily have a way to replace what Willoughby would have given them.

Willoughby offered a lot of needed positional versatility to this team as someone who could realistically play everywhere from the two to the small-ball four. She’s a lot like Rebecca Allen in that way, and without Willoughby, Allen is going to have a lot of responsibility fall to her.

New York wants to do two things: shoot threes and play defense. Willoughby is someone who could do both of those things, as is Allen.

Last time we saw Allen in the WNBA, she averaged a career-high 7.2 points per game on a 41.7/42.6/81.3 shooting split. That shooting was important, but almost more important was how the Liberty defense functioned with Allen playing vs. when she sat:

So, Allen’s going to be huge for this team this year. But your options of who can back her up at that swing forward spot become incredibly limited now, assuming that Whitcomb mainly plays guard and that Betnijah Laney starts at the three. Those two were already going to play a lot, but now someone who would have likely been your sixth or seventh player is gone. What do you do there?

Without Willoughby to check in and give the Liberty shooting, they’ll have to lean even heavier on the defensive-minded players at that spot. Maybe that means rookie Michaela Onyenwere, who was a strong defensive presence at UCLA but who never shot better than 33.9 percent from three during her time with the Bruins. Maybe fellow rookie DiDi Richards can play that spot, as she’s one of the best perimeter defenders I’ve ever seen.

The problem with Richards playing in the frontcourt is that she’s just a complete non-factor from deep. In four years at Baylor, Richards took exactly one three-pointer. Her jump shooting numbers are pretty decent inside the arc, with Synergy showing that her mid-range jumpers generated 0.8 points per possession, good for the 74th percentile. Her overall jump shot number ranked in just the 44th percentile, but it’s also hard to generate a lot of PPP on jumpers when zero of those jumpers can result in three points. Math, right?

Whatever happens and whoever takes on that role, losing Jocelyn Willoughby for the season is a huge hit. Her shooting ability was going to be a key part of this team’s offensive attack. She also would have brought some nice perimeter defense to the table. New York’s 2021 playoff odds already felt slim, but with this injury, they’ve taken a notable hit.