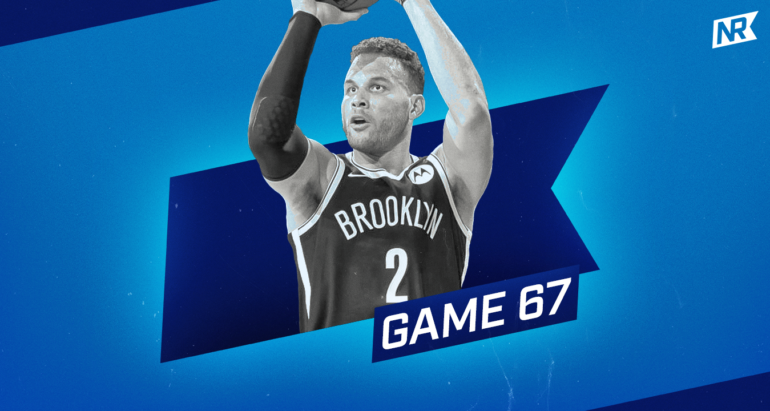 In a back-and-forth contest full of tremendous individual offense and ridiculous scoring displays, the Brooklyn Nets lost a tough one to Luka Dončić‘s Dallas Mavericks 113-109 on Thursday night. Dropping another close contest on the road, its fourth loss in a row, is yet another gut punch as Brooklyn looks to build momentum heading into the playoffs.

Following the loss, there are a number of conclusions to draw for this team moving forward.

Over the last three games, Kyrie Irving and Kevin Durant have averaged a combined 65.7 points per game. The rest of the Nets? Just 48 per contest. Obviously, the two superstars are the focal points of the offense. Their high usage and high success rates are incredibly encouraging as they get into a groove as postseason play approaches.

But while Durant and Irving carry the bulk of the scoring, some role players have sunk into the shadows. Granted, with more opportunities for Irving and Durant now that they’re both healthy, others are understandably relegated to lesser roles. However, complementary guys like Joe Harris and Landry Shamet are less present as their prolific scoring teammates take the reins.

This isn’t a callout or criticism of Irving or Durant in particular. Each are at their best when they’re allowed to go work in isolation and utilize their superior handles, quick shot releases, and deadly accuracy to make opposing defenses look silly.

But while each can play as a distributor, neither has done so in any considerable volume of late. Much of that is likely due to James Harden’s continued absence. That said, it’d be wise for the pair to make a more concerted effort to get those around them going. Each is great by himself, but when they’re able to consistently find elite shooters like Harris and Shamet on the perimeter, this offense takes another leap forward.

On a night like tonight when Durant struggles offensively—20 points and 3 assists on 7-of-21 shooting—the team’s reliance on the star duo becomes even more problematic.

Seemingly matching Durant and Irving basket for basket all night long, Luka Dončić put on a show in Dallas, particularly when attacking off-ball screens. As perhaps the league’s best point off the pick-and-roll, the Slovenian star took advantage of Brooklyn’s lacking ball screen defense no matter the defensive coverage.

Credit where credit is due, the Nets threw everything they had at Dončić. Whether blitzing the screen, switching, or dropping, they kept him on his toes and slowed him down for a stretch in the second half. At that point, Dončić began settling for some poor looks and struggled to convert. He finished the night shooting 7-of-22 from the floor and 5-of-13 from behind the arc.

In the end, Dallas’ role players and Dončić’s knack for finding them was the difference. Tim Hardaway, Jr. chipped in 22 points, while Dorian Finney-Smith added 17 of his own and Jalen Brunson knocked down 15 off the bench.

It’s become clear that to reach the promised land and win the franchise’s first NBA championship, the Brooklyn Nets desperately need James Harden to be healthy.

With Durant’s return from injury, we’ve now had a good look at Brooklyn at near-full health without Harden. His impact and value on the floor cannot be understated for this roster. Both Durant and Irving are undoubtedly ridiculously talented superstars, but Harden is the engine that makes this team go.

If Caris LeVert and Jarrett Allen were still on the roster and if Spencer Dinwiddie never tore his ACL, an Irving and Durant-led Nets squad would be at the forefront of title contenders. Yet, while this roster has a number of high-quality, critical role players, and Sean Marks has done a masterful job acquiring such talented players across the board, Harden is now essential to this team’s potential.

Although the Nets have lost four straight—three with both Irving and Durant active—there’s no need for panic. But for the Nets to advance past teams like Milwaukee and Philadelphia, they’ll need Harden. And not just for his individual scoring ability and impact, but also for how he elevates the play of guys like Harris, Shamet, Bruce Brown, and Nic Claxton as a distributor and leader.