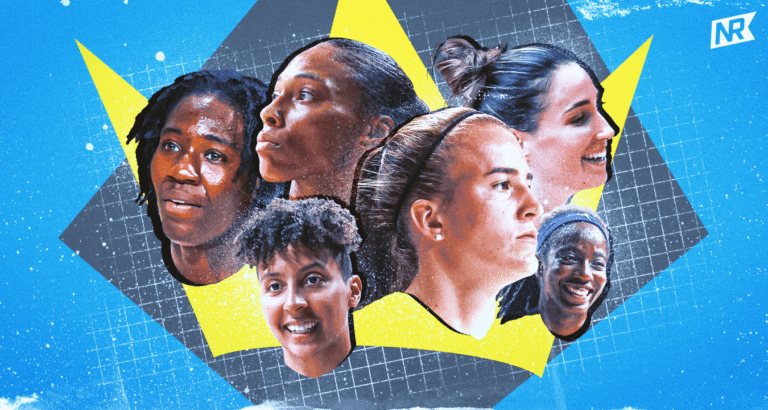 The WNBA held its draft for the 2021 season on April 15, which saw the New York Liberty add four players to its roster: Michaela Onyenwere, an athletic forward and defensive specialist (No. 6); DiDi Richards, a strong, defensive player out of Baylor (No. 16); shooting guard Valerie Higgins out of Pacific (No. 25); and French national team member Marine Fauthoux (No. 29).

With these additions, the Liberty’s roster stands at 20 players. Training camp began Sunday, April 25 and camp limits are set at just 15 players.

Here’s a breakdown of the Liberty’s depth heading into training camp by position and each player’s odds of making the final roster. Opening day rosters much be cut down to 12 players by 5 p.m. on May 13. The Liberty’s season opener is May 14, at home, against the Indiana Fever.

The current face and franchise player of the Liberty will be returning after playing just three games her rookie season due to an ankle injury. Ionescu should be the starting point guard for New York.

Clarendon’s contract is guaranteed, so unless a trade happens, he should be the backup point guard this season. In 2020, Clarendon started 19 out of 20 games and became the Liberty’s only true ball distributor after Ionescu’s injury.

Fauthoux was likely a deferral pick to retain her rights for future seasons. As part of the French national team, she is committed to EuroBasket in June followed immediately by the Olympics in July. With Clarendon in the final year of their contract, Fauthoux could be brought over in 2022 to be the Liberty’s future backup point guard.

Whitcomb signed a two-year guaranteed contract. Whether Whitcomb is the Liberty’s starting two-guard is debatable. During her time with the Seattle Storm, she was always best used as the team’s sixth woman.

Among the 2020 rookies, Jones most notably stepped up her game after Ionescu was ruled out for the season. She is likely the frontrunner to be the Liberty’s starting shooting guard and barring a poor training camp should see some solid minutes again this season.

Though mostly a defensive specialist, Richards’ ability to play multiple positions could score her a spot on the Liberty’s opening day roster. However, her lack of a three-point shot could mean she is only used as a placeholder if Johannès plans to rejoin the team after the Olympics.

Based on pure talent, Johannès would be in New York’s starting lineup. However, like fellow French teammate Fauthoux, Johannès is tied up for most of the summer. If she makes herself available after the Olympics, head coach Walt Hopkins is sure to make room on his roster for her.

Durr was forced to sit out the 2020 season after contracting COVID-19 and is, unfortunately, still suffering some aftereffects. Whether she’s able to opt out of the 2021 season or put under a suspended contract has yet to be announced. Durr is currently listed on the team’s training camp roster, but won’t start the season with the team.

Coming into training camp, Higgins appears to be among the least likely to have a chance to make the final roster. That said, if Hopkins is seeking a fifth scoring guard to keep on his bench over Richards, then Higgins’ odds just increased.

Bailey recently signed a training camp contract to get the Liberty to 15 players. A 2012 graduate of the University of Illinois-Chicago, Bailey has never played a game in the WNBA.

Laney signed a three-year guaranteed contract after winning 2020’s Most Improved Player award as a member of the Atlanta Dream. After trading away Kia Nurse and Megan Walker, Laney is should be a starter.

Willoughby proved to be one of the Liberty’s most consistent players in 2020. But with tougher competition and an actual training camp to deal with this season, her game will need to take a step forward to guarantee her roster spot and increase her minutes.

Though the No. 6 overall draft pick should be considered more of a lock, it’s hard to place her into the Liberty’s rotation. Onyenwere has the ability to slide into several positions and could see a bigger role if Allen decides not to come over until after the Olympics.

Allen only recently re-signed for the upcoming season after Hopkins and Liberty general manager Jonathan Kolb said they expected her to return. She is tentatively penciled in at the starting four spot and should see significant minutes.

Like all of 2020’s many rookies, Odom will need to take her game a step forward to solidify her chance of making the 2021 roster. Similar to Onyenwere, Allen’s decision about re-joining the team post-Olympics will factor into Odom’s odds of making the team and seeing significant minutes.

Taylor is a true journeywoman of the WNBA. In 2019, she played for four different teams on various hardship and seven-day contracts. However, the possibility of adding Taylor over some of the younger, less experienced players might be an asset for Hopkins.

Holmes is looking to make a Liberty roster that’s crowded in the post, and she’s more of a rebounding asset than anything offensively. Her game would need to take a giant leap forward to have a shot at making the team.

Howard’s four-year max deal locks her in with New York through 2024. She spent her time in Seattle mostly at the starting center position alongside Breanna Stewart.

Stokes signed a one-year guaranteed deal just prior to the end of last season. Though the Liberty have more options on the inside this season, Stokes not being on the team’s roster would likely only be the result of a future trade.

The additions of Howard and presumably Allen will likely push Shook to the end of the Liberty’s bench. Depending on how Onyenwere, Willoughby, Odom, and even Taylor perform during training camp, Shook’s odds of making the roster may decrease.

Bailey appears to be more of a filler with Howard, Allen, and Stokes all missing the start of training camp. She’s more of an inside post rather than the versatile post that Hopkins prefers.

All that said, Richards can also work into a third point guard option, which could open the door for Higgins to make the roster over Odom. Meanwhile, Taylor might sneak in as the team’s 12th player over either Odom or Shook if Hopkins prefers someone with more experience.

The biggest question is Durr’s status. It’s unknown if the league will allow full-season opt-outs again; meanwhile, a full-season suspension wouldn’t pay her and would enable the Liberty to keep 12 active players.