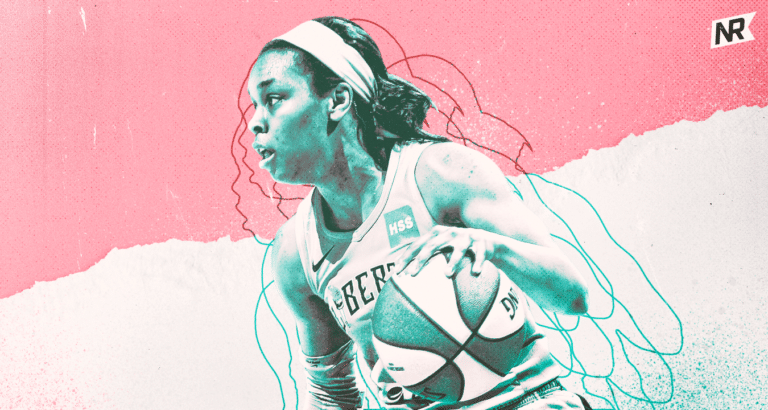 Happy Birthday, Asia Durr! Why we miss the Liberty’s No. 2 pick

Newly-minted 24-year-old Asia Durr’s basketball future is uncertain, but the prescience of the New York Liberty’s No. 2 looms large.

The New York Liberty’s Derby City invasion began not with Kylee Shook or even All-Rookie team nominee Jazmine Jones. Their lottery luck also didn’t begin to surface with Sabrina Ionescu at the top overall choice in 2020. Instead, both of these phenomena began with the rise of Asia Durr.

In the midst of so much rookie (and, thanks to 2021 additions Natasha Howard, Betnijah Laney, and Sami Whitcomb, veteran) excitement, Durr could get lost in the jubilant chaos. After all, the former Cardinal missed part of her rookie season with an injury and (understandably) opted out of the bubble season after having COVID-19, a long-term battle she recently documented on an episode of “Real Sports with Bryant Gumbel” on HBO.

But Durr displayed promise in her first 18 games in seafoam and her absence was often lamented during the tough times in the WNBA bubble.

In celebration of Durr’s birthday, NR looks back on why she’s so missed…

She’s a terrific fit for the modern Libs

By now, it’s no secret the Liberty were missing some high-profile names from their arsenal in 2020, with Ionescu joining the absentees with a season-ending injury in her third career game. It would’ve taken a lot of Floridian magic for the Liberty to make some kind of postseason push. But Walt Hopkins strongly believed that the endeavor would’ve at least gone a bit more smoothly had Durr been around, making it clear that the team missed Durr in the midst of some higher-profile departures.

“It’s an emphatic yes,” Hopkins said in September when asked if, namely, Ionescu and Durr would’ve improved the team’s two-win ledger. “Asia’s ability to create a shot, her energy, her calmness … It makes everyone’s life easier.”

What Hopkins didn’t mention was that Durr’s propensity for fearless shooting would likely mesh perfectly within his system that encourages players to act on opportunities. Durr threw up a whopping 972 triple attempts during her time at Louisville, including 294 in her sophomore season alone.

She knows how to perform in primetime

Just how impactful is Durr in the realm of bluegrass basketball? On the Louisville women’s basketball Wikipedia page, a subsection is labeled “Asia Durr era.” Her name routinely appears amongst the Louisville legends in the basketball record book, and her résumé rivals that of other Cardinals heroes and heroines like Angel McCoughtry and Lamar Jackson.

Durr’s resiliency and strength were best on display during the Cardinals’ Final Four run in 2018, her junior year. She notably partook in all 45 minutes of the team’s overtime defeat to Mississippi State in the national semifinal, weeks after she took on a full 40 minutes against the Connecticut juggernaut.

“No. 25 should go in the rafters, for sure,” fellow former Cardinal Jazmine Jones said after Louisville’s 2019 tournament exit. “Everybody in the community, the city, the state of Kentucky should appreciate Asia. She could have gone anywhere in the world but she chose Louisville.”

Early on in her New York career, Durr gave metropolitan fans a potential sign of things to come. A pair of 2019 wins could be well accredited to Durr, who united for 46 points with Kia Nurse in a triumph over Minnesota. Elsewhere, she gave Arike Ogunbowale a rude welcome to the WNBA by limiting the fellow newcomer to 2-of-23 shooting during a win over Dallas.

She’s beloved by her teammates, past and present

The 18 games Durr has played with the Liberty are a blink of an eye in basketball terms, but she managed to make a lasting impact on her teammates. One of the more pleasant sights of a tough season in White Plains was Durr helping simplify questions for her locker room neighbor and fellow first-year Han Xu after the latter enjoyed a breakthrough showing toward the end of the 2019 campaign. Another neighbor, Reshanda Gray, advocated for Durr, a Bronx native, to throw out the first pitch at a New York Yankees game, referencing the pinstriped attire Durr would wear while injured.

“Offensively, she makes great reads, she can get her shot whenever she needs to,” Nurse, now of the Phoenix Mercury, said in 2019. “She’s effective from anywhere on the court. I love playing with a player like that. I love playing with a player who’s fiery, got that passion, wants to play on both ends of the floor. When you can create that chemistry off the court, it makes it even greater on.”

The roster has certainly been altered since Durr last put on a New York uniform, but the newcomers are certainly looking forward to working with her — Ionescu, for example, called Durr “one of the best guards in the league” and said they held a “great relationship” through shared endeavors with Team USA. Meanwhile, Layshia Clarendon anticipated passing over ball-handling duties to Durr once she arrived as they prepared to play the combo with Ionescu.