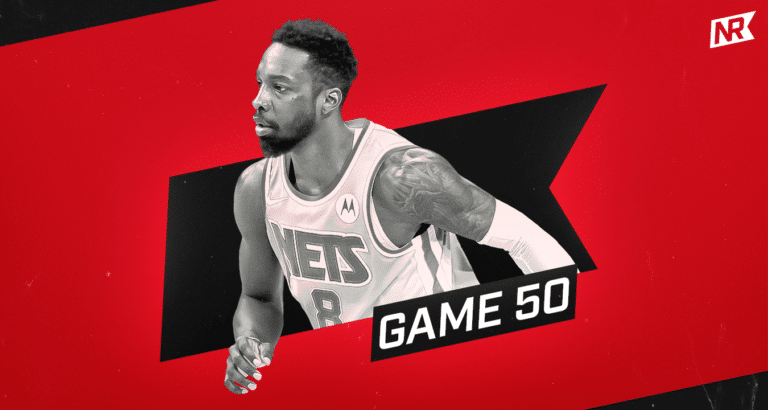 Well, that wasn’t all that much fun. In a 115-107 loss to the Chicago Bulls, the Brooklyn Nets racked up another ugly outing underscored by the team’s continuous injury issues. While a few encouraging individual performances softened the blow of yet another game almost preemptively forfeited by a depleted roster, it’s about time that Brooklyn began playing and winning games at full strength.

Granted, with increased opportunity for role players, there are still positive implications from games like this one. As such, here are three takeaways from the Brooklyn Nets’ loss to the Bulls on Easter Sunday.

With the recent additions of Blake Griffin and LaMarcus Aldridge, Brooklyn now has some reliable scoring ability among their true frontcourt players that the Nets can rely on for stretches of time.

In the first quarter against the Bulls, Griffin and Aldridge carried the offense. The former Clipper scored Brooklyn’s first six points and Aldridge knocked down an early triple. At the half, the duo had 19 of the squad’s 46 points.

While those two fell off in their scoring production in the second half — combining for only two points after the break — Jeff Green picked up where they left off. Knocking down four triples on the afternoon, “Uncle Jeff” put up 21 points in 25 minutes and provided a much-needed boost off the bench as the starters struggled to hit from deep. In fact, the starting lineup finished just 3-13 from behind the arc.

None of Griffin, Aldridge, or Green are necessarily critical scorers for this Brooklyn Nets squad when fully healthy, but as a collective, their output should be a nice complement to Brooklyn’s big three and the additional shooting in the backcourt from guys like Landry Shamet and Joe Harris.

The rotations are out of whack

Whether it’s the injury trouble, Steve Nash’s inexperience as a head coach, or — more likely — a combination of both, the Nets’ rotations have been a source of both criticism and confusion for fans this unprecedented season.

Playing Bruce Brown significant minutes after he sat the bench early in the season, the favoring of DeAndre Jordan over the clearly superior Jarrett Allen, the emergence of Nic Claxton and the ensuing implications, and the essential benching of Jordan following the arrivals of Griffin and Aldridge have all been significant moves that shook up the rotation. Of course, with a roster as deep as Brooklyn’s and the number of injuries the team has had to navigate, along with general manager Sean Marks‘ seemingly never-ending roster improvement, such fluctuations are understandable.

That said, against Chicago, the decision to play small ball for large portions of the game while the Bulls dominated the paint was questionable. That allowed Nikola Vučević and the opposing guards to score easy buckets inside and build, extend, and hold their lead from the second quarter and onward.

Claxton’s decrease in minutes of late is at the very least notable, considering how his role was on the rise before Aldridge and Griffin got to town. After averaging over 20 minutes per game throughout March, he’s played 14 and eight minutes in the two contests so far in April as Griffin plays more minutes and Aldridge joined the active roster.

That said, this is likely just further experimentation with the roster and not a long-term indication of Claxton’s role for the remainder of the season. With his defensive versatility and value as a vertical spacer, especially with James Harden on the floor, Claxton should be in line for a solid number of minutes moving forward.

Kyrie Irving can wear many hats

Playing as the lone star on a depleted Brooklyn Nets roster, Irving showed out against Chicago despite struggling to shoot. His 27-point, 15-assist line indicates what a versatile offensive player he is — he can go from playing as a pure scorer alongside James Harden one night to the initiator and distributor of the offense the next.

Despite going 12-27 from the field and 0-4 from deep, Irving kept the Nets in Sunday’s game as he carried the offense with minimal help on the ball and with just a few complementary players hitting shots.

By no fault of his own, it’s not ideal for Irving to be alone without Harden or Durant on the floor. But the success each of them can still have carrying this roster is indicative of the team’s ceiling when fully healthy.

The loss to Chicago was a stinker, but as Brooklyn gets healthy with Durant and Harden returning in the next week, things are looking up. Now, it’s just worth throwing out the tape from Sunday’s loss and focusing on whooping up on the New York Knicks tonight.