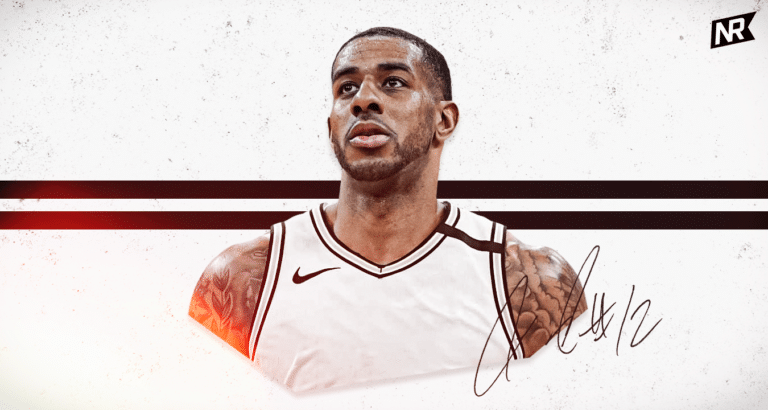 Well, Nets fans. Here we are again. Cross off A12 on your All-Stars of the 2010’s Bingo Sheet, because LaMarcus Aldridge is a Brooklyn Net. The 35-year-old’s impressive résumé includes seven All-Star appearances, and five All-NBA honors. It was true before Aldridge’s arrival and is even more so now: There’s nothing these Nets haven’t seen. 41 All-Star appearances, 32 All-NBA selections, Olympic medals, Dunk and Three-Point Contest Championships, it goes on. Imagine accomplishing anything of note on a basketball court; a Net has already done it.

Except, there’s a somewhat surprising lack of championships, for all the talent assembled. That, above all, is why Aldridge is in Brooklyn. He (or, more accurately, ‘sources’ close to him), expressed that the Nets gave him the best chance to win a title, and finally capture that elusive ring. Blake Griffin said it upon his arrival as well. At some point, winning is all there is.

It’s just surreal that this is the team where dreams (are supposed to) come true. Where untethered superstars team up, and where disgruntled ones demand to get traded to. Where over-the-hill ones decide to ride out into the sunset. The Nets. Excuse me if I need a minute. As the NBA proves to us, over and over again, your game fades long before your name. LaMarcus Aldridge, because he is LaMarcus Aldridge, regardless of the weaknesses and age he showed this year in San Antonio, had his choice. It was seemingly a foregone conclusion he’d join the Miami Heat, but had meetings with both Los Angeles contenders as well; Brooklyn seemed like an afterthought. And yet, as is normal these days, the Nets got their guy. We didn’t even know he was their guy.

I mean, how could we? Sure, Aldridge has had a great career (probably, at this point, underrated; he’s likely headed to the HOF) but it was hard to see how he made sense in Brooklyn at first glance. This front-court rotation is jam-packed, and he does not offer any real rim protection, perhaps the one area where Brooklyn’s bigs falter. But Sean Marks has the Midas Touch, and if he and Aldridge foresee a happy marriage, there must be a reason.

A longer look reveals the potential for the former Spur to make a real impact, both in the regular season and in the postseason. Immediately, Aldridge is another warm body who has been off his feet since February, as he waited for his buyout. He’s capable insurance for Jeff Green, or DeAndre Jordan, two veterans who have each played in 95% of Brooklyn’s contests. Brooklyn’s renowned medical staff has seemingly injected life into old dogs before; hell, we just saw Griffin catch an oop. But that goes back to guys like Ed Davis and DeMarre Carroll. Expect Aldridge to have some extra pep in his step compared to the last time we saw him. Without even mentioning the whole veteran-in-a-new-situation part of the equation.

Regarding the specifics of the on-court fit, there’s a simple reason to be optimistic: Aldridge brings skills nobody else on Brooklyn has. And what he lacks, his new teammates can supply; the Nets are that good. It’s a perfect situation for the ex-Trail Blazer great to provide value. Picture this: it’s Game 5 vs. the Miami Heat, and Goran Dragic is chasing his tail trying to stick with Kyrie Irving over screens. “Enough”, Erik Spoelstra says, “we are just going to switch these actions.” Fine, now LaMarcus Aldridge is posting up Dragic 12 feet from the basket. Trap Kyrie, then, but now Aldridge is popping into catch and shoot opportunities beyond the arc, where he’s above 37% on considerable volume over the past two seasons.

Point is, the playoffs are about matchups and counters. And LaMarcus Aldridge is another card up the Nets’ sleeves. He’s similar to Blake Griffin in that he makes switching a more dangerous endeavor for opposing defenses. And what Griffin has on him in brute force attacking the rim and passing, Aldridge makes up for with more reliable three-point shooting and a more polished post-scoring game. This is also a tremendously low-downside move. Aldridge isn’t working out and is an unpluggable leakage on defense? Okay, just…don’t play him. Seems simple. Then again, Aldridge had his choice of attractive suitors, and chose Brooklyn. Whatever Marks and Steve Nash told him in their Zoom meeting must have been pretty convincing, and I’m sure it wasn’t “come ride the pine.” Expect real minutes for Aldridge, and, based on the Nets’ track record with this sort of thing, it’s fair to expect some success.

It’s hard to jump too far ahead with the on-court X’s and O’s before the signing has even been made official. But LaMarcus Aldridge will be a Brooklyn Net. Sure, his counting stats are the lowest they’ve been since his rookie season. It makes sense. He’s probably the worst player he’s been since then. The mid-range assassin who scored 17 or more points/game in 13 straight seasons is down to 13 PPG. His rebounding numbers are similarly deflated. The defense is not good, either. But it’s LaMarcus Aldridge, man. And he’s really a Brooklyn Net.