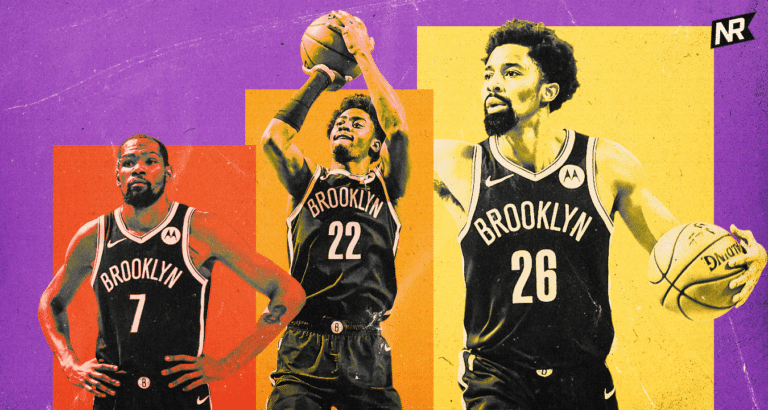 Takeaways From the Brooklyn Nets’ First Back-to-Back of the Season, Featuring Spencer Dinwiddie

The Brooklyn Nets’ first back-to-back of the season proved troublesome, to say the least. Let’s look at some takeaways from the ordeal.

The week bookended by Christmas and New Years breeds listlessness. There are fatty foods and alcohol, and maybe you’re fortunate to have time off from work, or you’re visiting family, where your only responsibility is to keep the good chair warm. Plus, it’s cold outside and there’s sports on TV. Everybody deserves a load off from time to time. The Brooklyn Nets, perhaps, took it too far; following their Christmas beatdown of the Boston Celtics they experienced two lethargic defeats to inferior opponents.

On Sunday, a fully armed Brooklyn fell to the Charlotte Hornets on the road. Poor shooting was the story early on, but ultimately, the Nets just didn’t play tight basketball: it doomed them. A 38 point disadvantage in paint scoring, 23 turnovers, and eight missed free throws are hard to overcome against any NBA team.

Still, the Nets almost managed to do just that, taking the contest to the final buzzer. Unfortunately, a Kevin Durant pull-up rimmed out to ensure a 106-104 victory for Charlotte. Every great team needs to get punched in the mouth at some point, and Charlotte landed the first jab on the Black and White.

Any close defeat where the team clearly underperformed irks the fans, players, and coaches, and rightfully so. But maybe the Nets community as a whole needed a reminder that not every fourth quarter will just be spent dancing on the opponent’s grave.

Monday night was an opportunity to get back on track at home vs. the Memphis Grizzlies, although the Brooklyn Nets entered the game partially battered, and partially recuperating. Spencer Dinwiddie was unavailable after suffering a torn ACL vs. Charlotte (more on him later), while Kyrie Irving and Kevin Durant were out, load managing.

The result, even after a Ja Morant injury in the second quarter, and the absence of Jaren Jackson Jr. was a gut-wrenching overtime loss. Once again, the brand of basketball wasn’t the prettiest. Over the two-loss, 24-hour span, we learned some more things about the Brooklyn Nets; some positive, some negative, and what to look for going forward. But one moment stood out above the rest, and not for the reason we’d hope.

The most impactful event of the week, and of the season thus far, was Spencer Dinwiddie’s partial right ACL tear. There’s more nuance with this injury though, being only a partial tear; apparently, it’s not out of the realm of possibility that Dinwiddie sees the court before the ’21-’22 season. For all intents and purposes, especially considering the medical caution Brooklyn has demonstrated in the past, let’s assume his season is over.

There’s never a good time for an injury, and there’s never a player you don’t feel bad for when one occurs, especially a season-ending one. Still, this one truly bites. The 7th-year Colorado guard has been, arguably, the face of Brooklyn’s franchise in the Sean Marks/post-Billy King era. Not only has he experienced the entirety of the Nets’ stunning ascent into the NBA’s upper echelon, but he has been emblematic of the progress made as an organization.

Before the now-immortalized 2019 Free Agency period, Brooklyn thrived on being a collection of, cliché as it is, scrappy underdogs. Nets fans are likely familiar with Dinwiddie’s story by this point: a Detroit Pistons castoff that slowly and surely improved in each of his first four years as a Net, all the way up to borderline All-Star status by early 2020. Before the wins started to come, leading to a 2019 playoff berth, his improvement was a major source of joy for Brooklyn Nets fans, perhaps the main one. All the while, he’s been a fantastic cause to root for.

Spencer Dinwiddie has consistently been engaging with fans — whether on camera or through social media. He’s been a loud and proud Nets for half a decade at this point. It’s been reported he was instrumental in ensuring Kyrie Irving’s signing, and thus Kevin Durant’s, with the Nets two years ago.

Now in a contract year, Dinwiddie had eagerly accepted a backseat role. Still a starter, sure, but in his first three games, he showed signs of overpassing, trying to accommodate his teammates and fit in with a revamped roster. His numbers were surely trending downwards from the near 21 points and seven assists he posted last year.

Now, Dinwiddie will watch from the sidelines, unable to do anything to bolster his personal situation other than rehab ferociously and continue supporting his teammates. Nets fans won’t expect anything less from him, because his body of work has given us no reason to. The injury could complicate his free agency decision next summer. It felt like a foregone conclusion he would opt out of his $12 million player option after the season, and while it’s still a strong possibility, his future is slightly murkier now.

From a team perspective, Spencer Dinwiddie’s injury is multi-layered. It certainly hurts their regular-season outlook. Simply look at the Memphis Grizzlies loss, where Irving and Durant were resting. You figure that game has a strong chance of ending differently if Dinwiddie is available.

The 6-foot-5 guard was a perfect combatant to the hit load management may deliver on the Nets’ regular-season record; he was going to be instrumental in securing a high playoff seed while assuring Irving and Durant are ready to go come June. That Nets roster looked awfully patchy while losing to Memphis.

However, if there is a bright side, it’s that the Nets championship chances don’t take the biggest hit. There’s a strong argument that Dinwiddie is not a part of most of the Brooklyn Nets’ best 5-man lineups — even with two functional ACLs. Much of this is speculative, especially considering the Nets figure to be active around the trade deadline and in the buyout market. But Dinwiddie’s role in high-stakes, playoff basketball was unclear at best, and unimportant at worst, if you want to really buy stock from the first three regular-season games.

The last element of this is, of course, potential trades involving Dinwiddie, which have been speculated about for months now. The elephant in the arena has been James Harden, for whom Dinwiddie figured to be a part of the return package. That could still happen, but, again, there’s less clarity now, as there is for any other potential deal, such as one for Aaron Gordon.

Ultimately, the story is about Spencer Dinwiddie, who fans can only hope will bounce back as strong as he rose to league-wide prominence. He’s just 27, without an extensive injury history in the NBA. Although he did fully tear his other ACL while in college. There’s plenty of reason to be optimistic about his eventual return, whether it be for the Nets or another suitor this offseason, should he opt-out.

Brooklyn’s medical staff is renowned for being one of the best, if not the most advanced department of their kind in the league. They’ll do everything in their power to get him right. In the meantime, Spencer Dinwiddie will stay in the minds of many Nets fans, who will undoubtedly wish him nothing but the best; he’s given us his best for his entire Brooklyn career.

Possession of the Night(s)

Written a lot about how an Irving-Harris backcourt will space the floor. This is how teams might guard whenever Brooklyn has two great shooters on the same half of the court: Backline help defender (Graham) tags the roller and switches assignments with wing help (Hayward) pic.twitter.com/R83BO3GQjg

This Dinwiddie-Jordan pick and roll in the middle of the floor has been a common action thus far to get two great shooters, Irving and Harris, on the same half of court. The Hornets switch the help assignments after Devonte Graham tags the rolling DJ, executing an ‘X-out’. Other ball-handlers, like LeVert and Durant, will have to replace Dinwiddie in this action, but when Irving and Harris are spacing, I suspect teams may have to rely on X-ing out to avoid getting burned by this elite shooting duo. A counter to that game plan could be to utilize that switch in order to getting Kyrie Irving isolated in a favorable matchup, particularly if the Nets play an opponent determined to fight through screening actions.