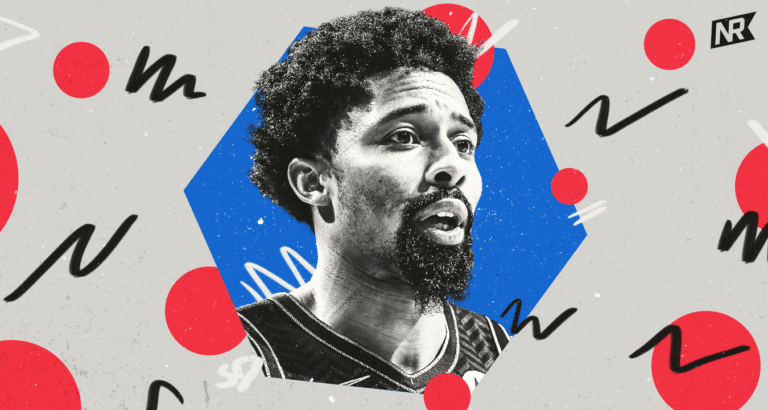 Who steps up for Dinwiddie?
Home
Brooklyn Nets
Gabe Ibrahim

Who on the Brooklyn Nets Will Step Up in Spencer Dinwiddie’s Absence?

With Spencer Dinwiddie slated to miss significant time with a partial ACL tear, who on the Brooklyn Nets will step up in his absence?

As Spencer Dinwiddie laid in a heap — clutching his right knee during Sunday’s game — Brooklyn Nets fans and followers everywhere shuddered. Dinwiddie was out for the game with a “knee sprain”, but the team announced that he would have to undergo surgery for a partially torn ACL.

Brooklyn Nets starter Spencer Dinwiddie has suffered a partially torn ACL in his right knee, sources tell @TheAthleticNBA @Stadium. It was suffered on contact, and there is no other structural damage in the knee.

His injury could keep him out for the rest of the season, an obvious blow to the Nets’ depth. Dinwiddie had started all three games for Brooklyn and looked great alongside Kevin Durant and Kyrie Irvin, as Lucas Kaplan outlined last week.

While no team would be the same after losing a starter, the Brooklyn Nets’ depth could — theoretically —soften the blow of Dinwiddie’s injury. The team’s “Next Man Up” mantra will be called upon once more. Let’s discuss which players can help fill the void.

The Team’s Sixth Man Returns to a Starting Role

So far this season, Caris LeVert has come off the bench — mainly playing with the second unit. He has done a commendable job in the team’s first three games, sans a poor shooting night when Kyrie and KD sat out against Memphis. He seems like the obvious choice to step into the starting lineup, which could help the Nets long-term.

LeVert ranks third on the team in scoring, averaging 17 points per game. In direct command of the second unit, he leads the team in usage percentage at 30.6 percent. LeVert’s performance has been solid on both ends, but more volatile than his counting stats suggest.

Against Boston, he struggled in his first half, committing five turnovers, rectifying his sloppy start with a 9-0 run early in the fourth quarter in which he scored or assisted each of the Nets buckets. However, Boston adjusted. Forcing LeVert into another couple of turnovers. His assist rate and his turnover rates are at career highs, so LeVert’s minutes have been a mixed bag of creation for his teammates or frustration for his coaching staff.

With the starters, he will have a lower usage rate and Steve Nash will see how he can fit in at the end of close games. While putting LeVert with the starters largely takes away his best trait (creating his own shot), he is a good cutter, swings the ball, and shoots well from the corner. Frankly, he should be a better off-ball threat than Dinwiddie.

Defensively, LeVert will need to get better to get close to Dinwiddie’s impact. Dinwiddie has long arms, quick feet, and good instincts to help stop the league’s best guards. LeVert could hurt the team in some matchups because he doesn’t stack up to Dinwiddie in those traits.

However, LeVert needs to be a better defender for this team to reach its potential. An offense with KD and Kyrie will run the vast majority of teams off the floor. Getting LeVert defensive reps against the starters will benefit the team in the long-run. LeVert, in my opinion, represents the clear-cut best option to soak up Dinwiddie’s minutes.

Landry Shamet has been underwhelming so far, to say the least. In his 72 minutes thus far, he has more turnovers (six) than field goals (four). Shamet, a 40 percent three-point shooter in his two-year career, is shooting 16.7 percent from three so far this season. Which, yeah, yikes.

Thankfully, Shamet can only go up from here! My bold prediction is that he will shoot better than 16.7 percent for the rest of the season (We love a good hot take), especially if he plays next to basketball savants Kyrie Irving and Kevin Durant.

However, Shamet is a straight-up shooter and doesn’t bring the dynamic playmaking of a Dinwiddie or LeVert. That may seem like a small issue considering the surrounding talent, but it could affect the continuity of the offense (to borrow a term from KD) if Joe Harris has to pick up some more playmaking duties.

The biggest question is how a Shamet-Kyrie backcourt would fare on defense. Both players are not as bad on defense as many like to believe. But neither of them are adept at getting through screens or stopping penetration.

Shamet would be behind LeVert and Timothe Luwawu-Cabarrot, as discussed below, to play with the starters in lieu of Dinwiddie at the moment. But when he starts hitting shots, Shamet may make this Brooklyn Nets offense even more unguardable.

Stans of Timothe Luwawu-Cabarrot (aka TLC for the uninitiated) may finally have their moment in the sun. TLC had 11 points in the fourth quarter during the failed comeback against Charlotte. On Monday night, TLC went off against the Grizzlies. He put up 21 points, six rebounds, two assists, and two steals in what may be his first of many starts this season.

TLC had some huge games in the bubble when the other starters sat out to rest. And he may be reaping the benefits now. He brings a lot of what Shamet does as a spot-up shooter, except he is currently making shots. But, TLC is even less of a playmaker than Shamet, which could lead to the same problems I mentioned above.

TLC’s main advantage when contrasted with Shamet is his defensive ability. He’s not necessarily the quickest player and will still struggle with stopping penetration against slippery guards. However, his seven-foot wingspan and thicker frame will provide some more resistance than Shamet. He is a better fit defensively next to Kyrie Irving, especially if Irving keeps up the defensive energy he has shown thus far.

There are few other options for Steve Nash if injuries force his hand or if he just wants to experiment. Bruce Brown and Tyler Johnson both have defensive upside and can knock down shots, albeit not as well as the other three players discussed above. Nash could opt for more size with Taurean Prince or even Jeff Green. My personal preference would be to let LeVert run with the big dogs unless the second unit craters without him, which it shouldn’t.

Regardless of what avenue Nash takes, Dinwiddie’s production and value are next to impossible to replicate. However, the ceiling for this team shouldn’t change. The Brooklyn Nets’ calling card is its depth and we are about to see how real it is.