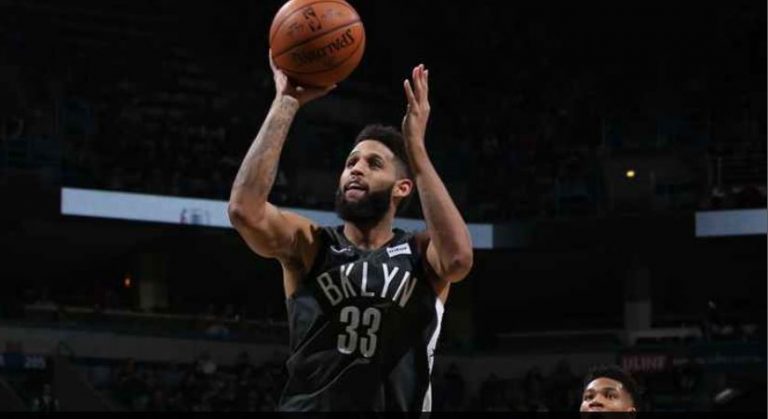 The Brooklyn Nets thankfully avoid the season sweep against the Milwaukee Bucks with a 119-111 victory in Wisconsin. The Nets have now won four of their last six games away from Barclays. Hopefully, the last two road games of the season in Chicago and Boston will result in a six of eight closing note.

In recent seasons, the Milwaukee Bucks have become famous for their condor lineups. At all five positions, the Bucks prioritize size and wingspan. Brooklyn does have the personnel to match that size on the perimeter. However, the Nets need a stellar defensive performance from Jarrett Allen to prevent being shot over repeatedly. The rookie big man certainly made his mistakes rotating and diagnosing drives to the rim in time. However, Allen gave Brooklyn the firepower needed to match Milwaukee at the rim.

Jarrett Allen ended the game with a career-high five blocks. Allen repeatedly looked down the barrels of the guns of Giannis Antetokounmpo and Jabari Parker and never blinked. The spindly center also matched his rim protection prowess with a solid 10 rebounds. While the Nets will not enjoy postseason revelry this season, Allen showed they may have a gem to help bring them such success in later years.

The Nets continued their hot shooting from the Philadelphia defeat with their third most proficient game from the perimeter of the season. Brooklyn shot 19 of 39 from beyond the arc to the tune of 48.7% for the night. The only Net to attempt a three and shoot below 40% from three was Rondae Hollis-Jefferson. RHJ attempted a single three which he bricked!

The distance shooting wasn’t enough on it’s own for the Brooklyn Nets success. As the Philadelphia defeat showed more is necessary to win. The Nets brought the necessary extra oomph by actually finishing at the rim. The Nets learned the nightmarish experience against the athletic perimeter defense of the 76ers.