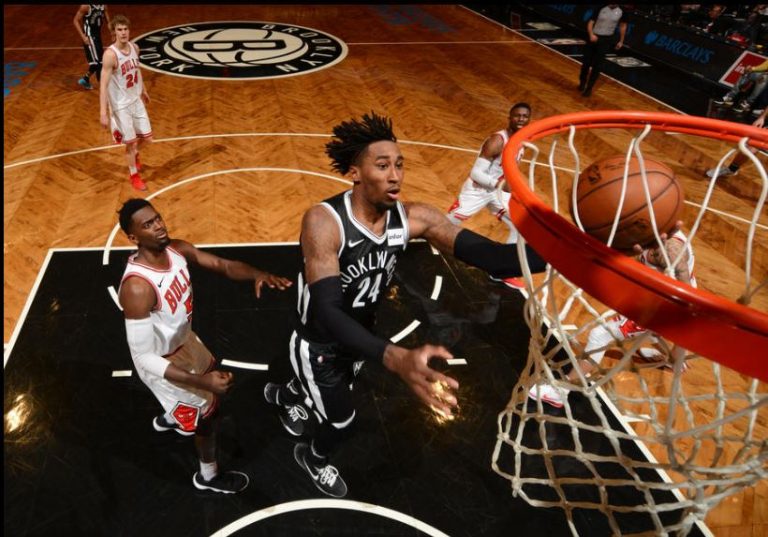 How To Net The Win: Brooklyn Nets at Chicago Bulls 4-7-18

This is the second game of a back-to-back for the Chicago Bulls. They had won three straight prior to their Celtics game last night.

The Bulls were issued a warning by the league when they attempted to rest players. This was clearly an effort to thwart Chicago from tanking.

Dunn For The Season

Kris Dunn who showed flashes this season will not play again this season. Zach LaVine and Denzel Valentine who are both legit NBA players as well are also done for the year. Are these injuries even real? The injuries are likely real, but with the number of guys the Bulls are missing it makes me think the severity of some of the injuries has been exaggerated.

When the Bulls acquired Cameron Payne he was labeled as a bust and people were even laughing at how bad he was. This season he hasn’t exactly been good, but at the same time, he hasn’t been awful. Payne still needs to continue improving his shooting, but he isn’t the atrocious shooter he previously was. Furthermore, Payne has proved he can be a capable playmaker.

The Brooklyn Nets typically struggle guarding the point guard position, but in this instance, they have a major advantage. D’Angelo Russell has been carving up defenders since the all-star break shooting 37 percent from three and dishing out 5.8 assists per game. Defensively D’Angelo has his limitations, but Cam Payne isn’t exactly a scary opponent. Plus, if Payne starts getting things going the Nets can throw Spencer Dinwiddie out there to shut him down.

I would grade the Brooklyn Nets defense at the center position this year a C at best. It hasn’t been good. However, if Robin Lopez is resting again it’s hard to imagine the Bulls get a lot of production from the position. Jarrett Allen can easily match whatever Cristiano Felicio puts up and then some.

Speaking of Jarrett Allen, he’s been really good since the all-star break posting 9.5 points per game while shooting 57.6 percent from the field, but that’s not all he’s also averaged 6.2 rebounds per game and 2 blocks per game (BPG). The blocks are extremely significant boost considering Jarrett was only average 0.8 BPG prior to the all-star break.

Challenging more shots doesn’t always make you a better defender, but in Jarrett’s case, it has. Also, his stats might not be super sexy, but when you factor in that he’s playing less than 25 minutes per game in that time they certainly get a lot more attractive.

DeMarre Carroll now has a hip injury that seems like it will bother him for the remainder of the season. DeMarre had been shooting over 40 percent from three since the all-star break, so it’s unfortunate to see him not 100 percent. Hopefully, the Bucks will be able to find shooting again from Joe Harris, Allen Crabbe, and Caris LeVert. All who shot 50 percent or better from three in their win against the Bucks on Thursday.

Rondae Hollis-Jefferson may still not have great range, but he’s excellent at getting to the bucket. In that Thursday Bucks game, he was able to draw fouls and get to the line 8 times and converted on all 8 attempts. Plus, Hollis-Jefferson is a quality defender. He will likely have the task of guarding the Bulls best player.

Lauri Markkanen is exactly the kind of big man that fits the modern NBA. Coming in at 7’0” he’s a tough cover that can stretch the floor. Since the all-star break, Markkanen is almost shooting 37 percent from three which is incredible for a rookie big man of his size. There might be a bit of a fear that Markkanen can shoot over Hollis-Jefferson because he has roughly 5 inches on him, but don’t forget about wingspan. Rondae Hollis-Jefferson wingspan measures over 7 feet so size might not be a massive factor here.

Justin Holiday has been solid for the Bulls this season. However, his shooting has been unreliable. Since the all-star break, he’s only shooting 34 percent from the field and 33.3 percent from three. He’s a good defender, but let’s not get carried away. Justin’s brother Jrue will always be the superior Holiday destination.

The Nets are the more talented team and are favored by 5 points, but this is a road game so the Nets still have to show up to the United Center.