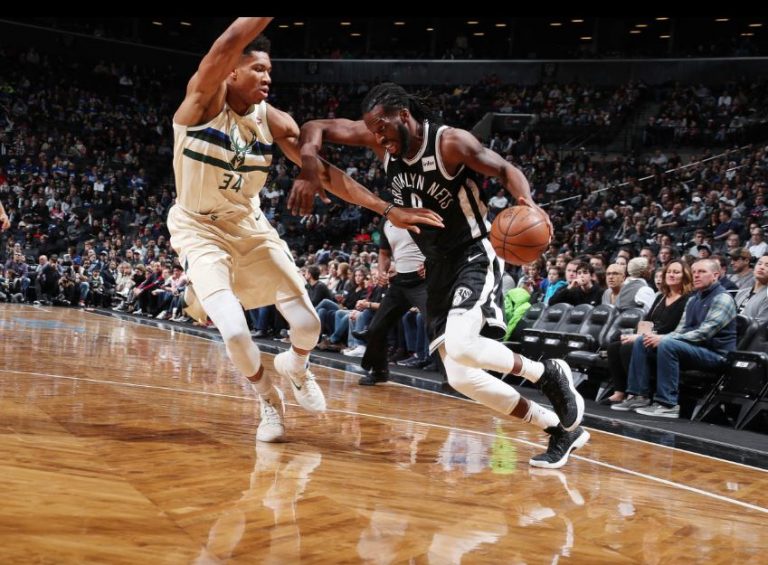 How To Net The Win: Brooklyn Nets at Milwaukee Bucks, 4-5-18

The third and final meeting of the season series is upon us. In the two previous games between the Brooklyn Nets and Milwaukee Bucks, Brooklyn has been throttled, smacked, waxed and any other hyperbolic past tense verb you’d like to insert. The two losses have a combined margin of defeat of 40.

Brooklyn heads into their 79th game of the season riding a two-game losing streak, both in blowout fashion, to the Detroit Pistons and Philadelphia 76ers. Milwaukee can’t relate. They’re fresh off beating the Boston Celtics on Tuesday and are 6-4 in their last 10 games. Their playoff berth became secured with the Pistons losing Wednesday night.

The Bucks have the Nets’ number this year, and that’s thanks to a mixture of stagnant offense and putrid defenses, themes that have been consistently inconsistent this season. Upsetting the Bucks on Thursday isn’t impossible, but history says otherwise.

This is generic advice. I get it. However, the Brooklyn Nets need every advantage possible to get some momentum going in their favor. They don’t have the talent to match up with Giannis Antetokounmpo, Khris Middleton and Eric Bledsoe, so they have to get creative. Getting into a track meet doesn’t guarantee success, but the Nets are used to running. Milwaukee is not. The two rank sixth and 22nd in pace. Of course, Brooklyn must capitalize on the opportunities that present themselves.

They’re going to shoot threes, and that’s fine. But the Bucks have stymied their aerial attack in both meetings. On Jan. 26, Brooklyn was 8-of-34 from downtown and followed it by going 9-of-29. I’m no mathematician, but that’s a piddling percentage. And the rest of the offense only gets harder to facilitate. Free throws, for the most part, were at a premium, although Spencer Dinwiddie did an outstanding job of attacking in their first meeting.

It’s troublesome dealing with Milwaukee’s length, and that contributes to the poor shooting. But the counter is to be aggressive and try and put guys in foul trouble (in Denver, the officials called thirty-seven fouls against Milwaukee). That’s even more vital when you’ll possibly be without two marksmen.

Dinwiddie, Joe Harris and Rondae Hollis-Jefferson are three of the most aggressive guys on the team, but they even get too relaxed at times. Once the threes begin to clank, it’s up to them to  attempt to reverse the team’s fortunes.

There isn’t much else to talk about. The last two games featured a lack of execution from Brooklyn. No schematic tweak can make up for guys missing shots and assignments. Great basketball teams are also lucky. But that doesn’t mean that bad teams don’t get lucky either.

The Bucks are on a bit of tear right now, and the impressive play from Khris Middleton and Eric Bledsoe had made a lot of it possible. Jabari Parker has also been exceptional. The three of them are combining for 56 points a night over the last 10 — and that’s adding to the 26.6 they’re getting from Giannis Antetokounmpo. Thursday could be one of those nights where nothing goes in at all, or the team collapses down the stretch of a close game. The basketball Gods will get the unofficial assist if that’s the case.

History: Milwaukee holds a 2-0 lead in the season series, pushing their all-time lead to 98-71.