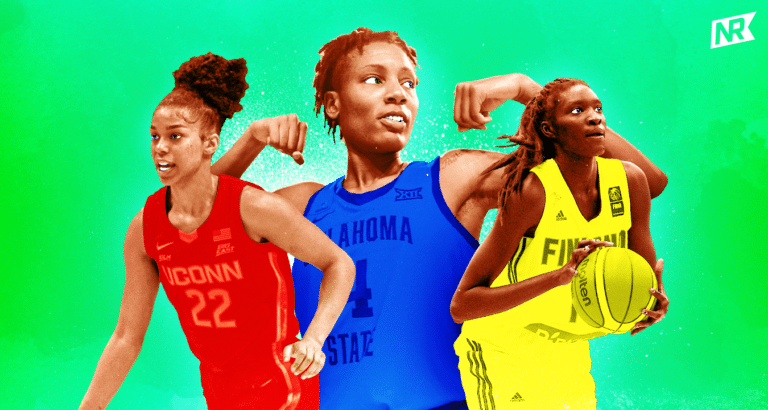 WNBA Free Agency officially started on February 1, and the rise of several college prospects and a few trades have shuffled our latest WNBA mock draft.

A full, three-round mock draft follows, including a full breakdown of all the first-round picks. There are several changes from the first mock draft, including some mid-majors shaking things up.

Thursday saw the #1 overall pick get traded to Seattle for Natasha Howard, and then again to the Dallas Wings in exchange for Katie Lou Samuelson. Thursday also saw the Phoenix Mercury deal the #6 pick to the Liberty for Kia Nurse and Megan Walker.

With the league’s free agency officially underway, the needs of most teams have been altered for who they’ll pick throughout each round. Still, the uncertainty of whether some seniors will opt back in for another year can change this draft more than any experts can predict.

Even with a slew of cancellations throughout the NCAA, many of the top prospects remain as so. In the previous version of the 2021 mock, the top three consisted of Texas’ Charli Collier, Finland’s Awak Kuier, and Rutgers’ Arella Guirantes. This, like everything else in the draft, has been significantly adjusted due to some prospects having an inconsistent season as well as the free agency frenzy currently taking place.

Some top free-agent signings including Candace Parker heading to Chicago, Chelsea Gray signing with Las Vegas, Kayla McBride getting a multi-year deal with Minnesota, Alysha Clark opting to leave Seattle to sign with Washington, and Cheyenne Parker getting a deal with the Atlanta Dream.

Here’s my latest 2021 WNBA Mock Draft as of mid-February.

Collier’s been the most consistent college prospect for this draft class, even though the junior would need to declare early for the draft. Collier’s been averaging 22.3 points and 12.8 rebounds per game and remains the best fit for the Wings. Dallas recently secured Allisha Gray to a multi-year, so their greatest need still remains in the post. Collier faced a few challenges recently when facing Oklahoma State’s Natasha Mack and West Virginia’s Esmery Martinez, who both sidelined Collier with foul trouble. Adding Collier to the Wings would give them a legit inside post player capable of controlling the paint.

The Wings trading to get the #1 overall pick propels Evans into my second pick for Dallas. Easily the best point guard in this draft, she will make a solid duo alongside Arike Ogunbowale. Evans is averaging 20.8 points per game while dishing out 4.4 assists per game and shooting 39.1 percent from behind the arc. An all-around solid fit for the Wings.

Initially, I was going to move Guirantes to a later pick as I felt their need inside was more pressing for Atlanta. However, the Dream just signed veteran center Cheyenne Parker to a multi-year deal, added Tianna Hawkins, and lost 2020 Most Improved Player, Betnijah Laney to the New York Liberty. Picking Guirantes here will give them a legit all-around player who can play multiple positions and can potentially be the Dream’s sixth woman off the bench. Rutgers finally returned to action on February 7 after nearly a month off due to safety protocols.

The Fever recently lost Natalie Achonwa to Minnesota and Candice Dupree is heading to Seattle. Despite signing Jantel Lavender to a multi-year deal, the Fever are now in need of help inside. Though all-around options like Tennessee’s Rennia Davis or UCONN’s Evina Westbrook are possibilities, the Fever also recently signed guard Danielle Robinson to create more depth in the backcourt. Kuier’s game was recently on display during the EuroBasket qualifiers this past week. At just 19-years old, Kuier was one of the stars of EuroBasket, which saw her average 17 points, 7.3 rebounds and 2.3 assists through just four games. Kuier and Finland were placed in a tough group that saw her go up against Belgium’s Emma Meesseman (Mystics’ current unrestricted free agent), as well as strong teams from Portugal and Ukraine. Her high-arcing jump shot paired with her strong ability to drive to the basket and her post-up abilities are just too much to pass up on.

Mack is the best remaining post player for Dallas here. Averaging 19.5 points and 12.2 rebounds per game for the Cowgirls, Mack can help the Wings lock in a solid frontcourt with Texas’s Charli Collier and returning players Satou Sabally & Bella Alarie for the long-term.

Walker’s draft stock has continued to soar throughout the season. With the free agency moves and trades shaking up the draft order, Walker sliding into the Liberty’s pick here has launched her into being a top draft prospect. Even by adding Natasha Howard to the Liberty, the team’s most pressing need is still on the inside and drafting Walker fits best into Hopkins’ positionless basketball. In her senior season at Alabama, Walker is averaging 19.7 points, 9.9 rebounds and is shooting 40% from beyond the arc per game. Walker’s greatest strength is her jump shot, paired with an incredible shooting form from the outside. She can also contribute on defense, making her a solid addition on both ends of court.

Though the Wings may look at taking another post with their fourth pick, it’s all the more plausible they settle for the best available player and deepen their bench. Davis has had a rollercoaster season. But despite a rocky start to the year, she’s been becoming more and more consistent. Davis averaged 16.1 points per game over her last six games and continues to dominate on the boards (including a career-high of 20 rebounds against Kentucky on January 24). Davis will need to work on her three-point shot on a hot shooting Wings’ team to be able to find herself into their rotation.

I’m keeping Westbrook as the Sky’s pick here. Despite losing Cheyenne Parker in free agency, the Sky have added five-time All-Star and two-time MVP Candace Parker. Adding depth to their backcourt is the most pressing need for the Sky here and Westbrook gives them an all-around versatile player. Westbrook’s numbers continue to climb and she’s been the leader for the Huskies. Averaging 11.3 points per game to go with 5.1 rebounds and 5 assists per game, Westbrook can emerge as an immediate contributor for the Sky.

The Lynx have had a signing frenzy for free agency. They’ve recently added forward Natalie Achonwa from Indiana and guard Kayla McBride from Las Vegas. Reports are also that the Lynx will sign Aerial Powers from Washington after the Mystics recently acquired Alysha Clark from Seattle. A stacked roster already for the Lynx even before adding any draft picks. Perry’s a mid-major prospect whose stock continues to soar. Perry’s averaging an NCAA women’s high of 25.7 points per game. An incredible inside post presence with a legit outside shot (42.6 percent from three-point range). She would be a necessary addition to Reeve’s post rotation. Securing the best remaining post here can give the Lynx security inside that was missing last season. Perry’s weakness can be her inability to rebound consistently, but by having Sylvia Fowles mentor Perry, this can be an issue that Reeve can work on developing for Perry over time.

The Sparks lost two superstars during free agency in Chelsea Gray and Candace Parker. It seems like the Sparks are in a sort of rebuild mode now. Nneka Ogwumike was recently cored, then is reportedly re-signing her to a supermax deal. Her sister, Chiney, is also expected to return. Adding back Maria Vadeeva and Kristine Anigwe plus signing Amanda Zahui B. secures their frontcourt. Even after signing Erica Wheeler, the Sparks need added depth in their backcourt. Richards brings that solid defensive game that former Spark Alana Beard once provided. Richards will need to improve on her outside shooting and rebounding to crack the Sparks rotation early on.

Though a flurry of trades saw Alysha Clark, Natasha Howard, and Sami Whitcomb head east, Seattle also acquired Katie Lou Samuelson from Dallas, Mikiah Herbert Harrigan from Minnesota, and Stephanie Talbot from New York. With all that shuffling, the Storm still have a crowded roster. Though taking a possible wing here instead might be best, the Storm should look for a potential replacement whenever Sue Bird retires, though Bird is expected to re-sign for the 2021 season. The Storm have been known recently to pick players that may not show up right away (Ezi Magbegor in 2019 and Kitija Laksa in 2020). Drafting Australia’s Shyla Heal falls right into the category. After a solid showing in the WNBL’s season for the Townsville Fire, picking Heal can secure her rights with the Storm for next season.

Another early entry for the 2021 draft, Austin remains locked into my pick for the Aces. With Liz Cambage still un-signed for the upcoming season, the Aces face an uncertainty inside [again] for the upcoming season. A solid force inside for Ole Miss this season, Austin is currently averaging 17.6 points and 8.4 rebounds per game. A legit threat inside the paint, a solid shot-blocker paired with her ability to shoot the three makes her the best fit for Bill Laimbeer’s team here.