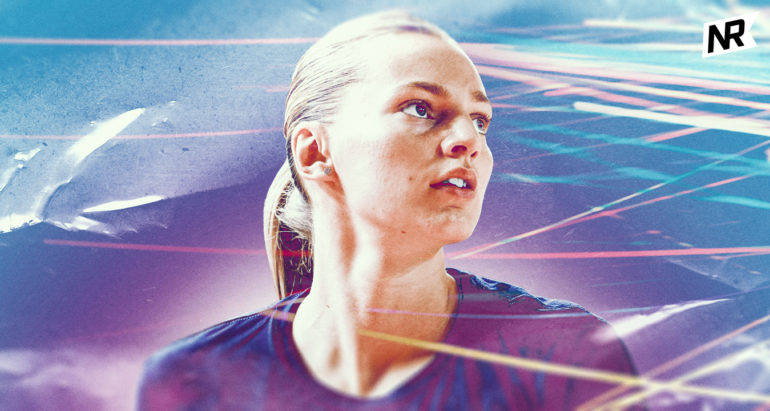 What Marine Johannès Can Bring to the New York Liberty

The wait is finally over, Liberty fans: Marine Johannès is back!

Johannès last played with the Liberty in 2019, where at 24 years old, she entered the league as a free agent rookie. Through 19 games, she averaged 7.2 points per game (PPG), 2.4 assists per game (APG), and 1.3 rebounds per game (RPG). Her flashy passes and up-tempo play were a solid addition to a 2019 Liberty roster faced with finding their identity.

In February of 2020, Marine signed a two-year contract extension with New York. The future of the Liberty was looking bright. They had secured the top overall pick in the 2020 draft (that would end up as Sabrina Ionescu) and the team was moving to Brooklyn full-time at the Barclays Center.

However, as we all know, a global pandemic drastically altered the Liberty’s season and Johannès’ future with the team. Like many other international players, Johannès opted to not come over in 2020 as the league entered a “wubble” season.

For 2021, Nets Republic’s Geoff Magliocchetti broke down why Johannès might return.

“(We) are very excited that she is committed to the Liberty long term,” general manager Jonathan Kolb added upon her re-upping. “Marine’s ability to create highly efficient shots for herself as well as her teammates blend seamlessly with the system our coaching staff plans to implement.”

Alas, Johannès would not commit to coming over for the 2021 season, instead focusing her time on the French National team. During France’s silver medal performance a the 2021 EuroBasket, Marine would average 11.7 PPG, 4.7 APG, and 3.7 RPG while shooting 42.9 percent from long range. Following EuroBasket, she continued on to play for her French club, Lyon, during the 2021-2022 WNBA offseason. During her third year with the club, Johannès compiled stats of 11.4 PPG, 3.2 APG, and 2.0 RPG. Her team advanced all the way into the Final before falling to Bourges.

Now that Johannès is committed to the Liberty for the remainder of the season, here’s what fans should expect from her. In a roster transaction completed just before Johannès’ deal was signed, the Liberty traded AD (Asia Durr) to the Atlanta Dream for Megan Walker and the rights to Raquel Carrera. Walker was then immediately waived, which freed up the necessary roster and salary cap space to bring in Johannès. The immediate needs for the Liberty are offense and cutting down on turnovers. Johannès can contribute on both sides. Sami Whitcomb is struggling shooting this season, plus the Liberty are dealing with injuries to Betnijah Laney, Jocelyn Willoughby, and DiDi Richards. Sandy Brondello can have Johannès cover either guard position and help push the tempo of the game. Ionescu has been excelling at the shooting guard position since Crystal Dangerfield was brought in on a hardship contract last month. The Liberty’s overall PPG during the past six games is up to 76.3 per game (after averaging just 71.8 over the first six games).

Johannès can slide into backing up Dangerfield while getting acclimated to Brondello’s system. Meanwhile, this can keep Ionescu solely at the two guard position while also allowing Johannès to spell their star guard as well. With the Liberty’s three injuries, we’ve seen them play a three guard line-up when Whitcomb enters and Bec Allen gets a rest. Having a high volume shooter in Johannès will give the Liberty even more flexibility in their rotations and lessen the minutes played by their starters. New York is also shooting just 30 percent from three-point range (last in the league). Adding in Johannès long range shooting should boost those numbers up significantly.

Marine will be available for tonight’s game against the Indiana Fever (7:00pm on YES). Jet lag and just one more practice may factor into how much (if at all) she plays tonight, but as the season progresses, fans should expect to see Johannès become a key to this Liberty squad.