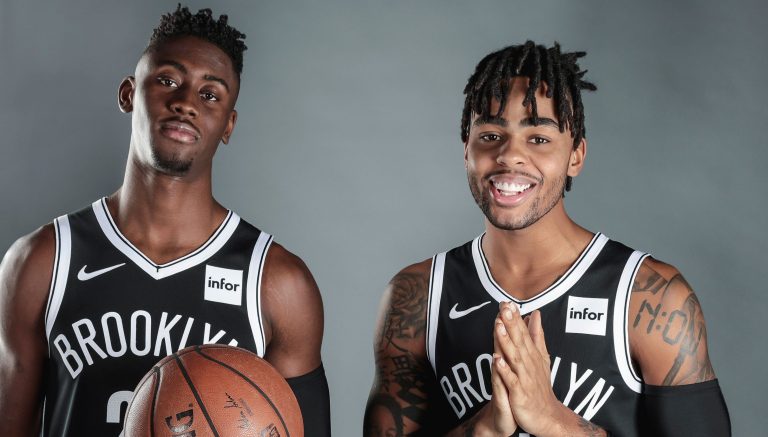 The Brooklyn Buzz has been busy ahead of this preseason. Nick Fay and Jac Manuell have spent the past week talking about everything from Media Day to launching their individual player previews. Check out their most recent episodes below, rate, and subscribe on iTunes/BlogTalkRadio.

Nick & Jac discuss all that went on a media day including:

What did you make of all the hype surrounding the team at Media Day? Let us know in the comments below.

Nick & Jac are back at it again, this time talking about Allen Crabbe and his upcoming season. They talk about:

Allen Crabbe has been one of the lynchpins of the offense and a big reason why Brooklyn was way more efficient than in Kenny Atkinson’s first season. Hopefully, he can build on last season and Brooklyn will see more success this season.

Nick & Jac take a deep look at one of the cornerstone players of this team, Jarrett Allen. On this episode they talk about:

Jarrett Allen showed a lot as a rookie and is looking like one of the most important players of Brooklyn’s rebuilt. If Brooklyn is going to have a big year, they’ll need a good season from Jarrett Allen.

Nick & Jac continue their player previews, this time taking a look at D’Angelo Russell. On this episode they talk about:

Brooklyn bet big on Russell and his future when they traded Brook Lopez for him in the previous offseason. It looks like Russell could finally start realizing his potential following a great offseason. He is focused, in the best shape of his life, healthy, and fully understands Brooklyn’s system.

Looking for more of The Brooklyn Buzz?

The Brooklyn Buzz is available on both iTunes and BlogTalkRadio. Follow both Nick Fay and Jac Manuell on Twitter for all updates on the show. You can also find The Brooklyn Buzz on both Nets Republic and OTG Basketball.