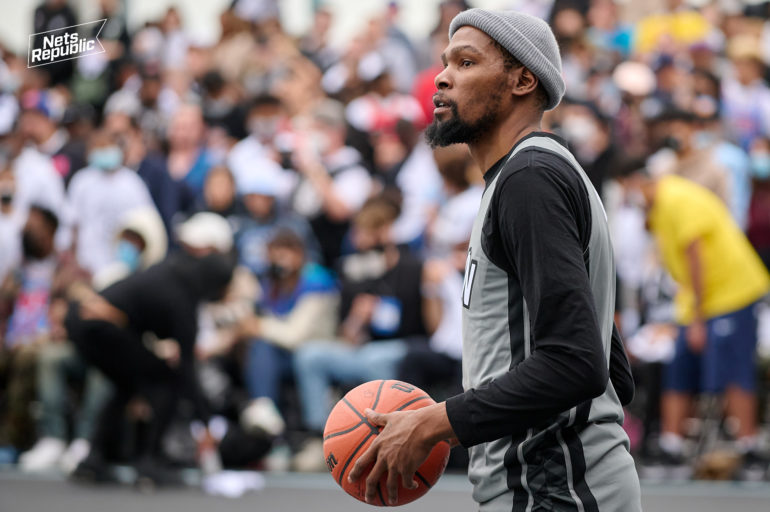 As Gotham FC continues to grow their ownership group this year, the club announced on Wednesday that Thirty Five Ventures (35V), co-founded by NBA legend Kevin Durant and entrepreneur Rich Kleiman, has joined the club as minority investors.

“As a New York-based company, the opportunity for us to partner with a forward-thinking team like Gotham FC was a no-brainer,” said 35V co-founder Rich Kleiman in a press release from Gotham FC. “There’s been so much growth in the NWSL in recent years, and the chance to be a part of that growth and work directly with the Gotham FC executive team and players is really exciting.”

Durant and Kleiman join the other minority owners Carli Lloyd, Kristen Bernet, and Karen Bryant who were announced earlier this year.

The announcement of 35V as a minority owner in the women’s soccer franchise comes at a time where the NWSL has seen an increase in former and current professional athletes investing in local clubs.

“Bringing in Kevin, Rich, and 35V as investors is a huge statement about the positive trajectory of our club,” said Tammy Murphy, the Club Chair of Gotham FC in a press release. “The level of enthusiasm they’ve displayed has been above and beyond anything we could have anticipated. We have tremendous aspirations this year both on and off the field and, together with 35V’s support and resources, we’re going to make sure New Jersey and New York hear all about it!”

This is not Durant and Kleiman’s first foray into sports investment. 35V acquired an ownership stake in Major League Soccer’s Philadelphia Union in June 2020 and have also partnered with Just Women’s Sports.

“This is another big step forward for our franchise,” said Ed Nalbandian, Managing Owner, Gotham FC. “Kevin and Rich are two of the most influential people in sports and their work in the business and entertainment world and their significant investment in Gotham FC illustrates the potential of our club. They will be tremendous resources to the club across multiple areas and we’re excited to welcome them to the Gotham FC family.”

Gotham FC is now preparing for their 2022 home opener at Red Bull Arena on May 14th. Gotham FC will take on the North Carolina Courage at 7PM ET. Tickets are available at gothamfc.com and the match will stream on Paramount +.