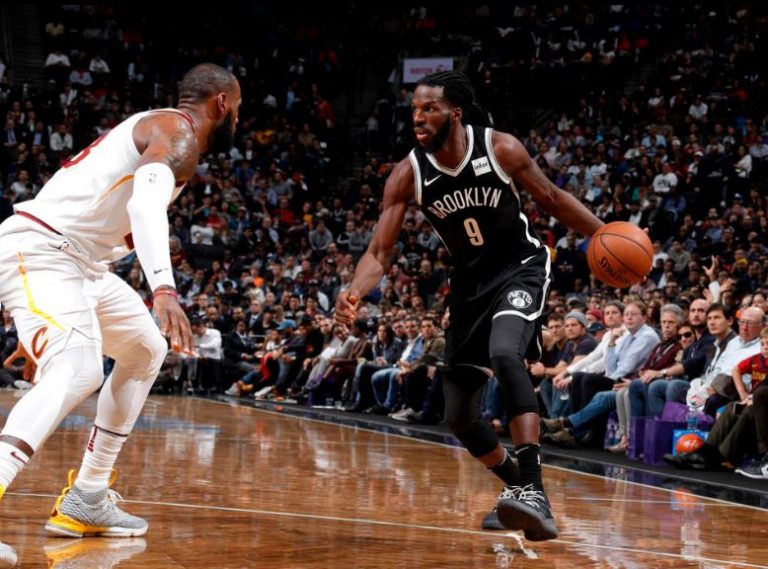 How To Net The Win: Brooklyn Nets at Cleveland Cavaliers 2-27-18

It was more than three months ago when the Brooklyn Nets played the Cleveland Cavaliers. Flash forward and the Cavaliers are almost a completely different roster.

The trade deadline brought about a shift of 10 players with six exiting and four arriving. Additionally, Kevin Love is out with a broken hand and Cedi Osman has an entirely new role with the team.

Suffice to say the game notes from October and November are probably in the trash since this team is an entirely different squad in terms of system and approach. That in itself offers opportunity.

With so much turnover and limited time for practice coach Ty Lue is having to run with fundamental systems. The result is the game plan to defend Cleveland is far easier since they don’t run a ton of complicated offensive sets.

As much as the new recruits provide better (and faster) talent on the defensive end, they are still getting used to playing with each other. This means benefits can be reaped via ball and player movement as the new Cavaliers are getting lost in switches. The losses to the Wizards and Spurs provided the perfect template to follow.

And, for as much as the tweaked roster is faster and more adept defensively, they still aren’t blowing away teams.

Although the Cavaliers are almost an entirely new squad the one mainstay is the key player – LeBron James.  As long as Cleveland has the King heading up his squad they will be a nightmare to deal with, particularly whoever draws the defensive assignment on the best player in the league.

Atkinson’s best bet may be to re-insert Rondae Hollis-Jefferson into the starting rotation just for this assignment. In the post game media scrum the coach said both Hollis- Jefferson and Caris LeVert would play versus Cleveland and get more playing time.  Whether RHJ starts or not he’s sure to get some run against LeBron and if Atkinson is smart he’ll have a mix of players (DeMarre Carroll, Quincy Acy etc) guard LeBron with the hopes of wearing him down (if that’s possible).

On the season James is posting numbers similar to his MVP years and looks more like a 23 year old than a 33 year old. James is averaging 26.6 points, 8.9 assists, 8.3 rebounds, 1.5 steals, 1.0 blocks and is shooting 54.6 percent from the field.  In each of those categories James is the team leader.

Of the four new players added to the squad there have been ups and downs. Larry Nance Jr. is perhaps the most consistent since his role is to offer energy and defense.

As a veteran point guard George Hill was expected to provide an immediate difference defensively and with ball distribution. But his transition hasn’t been as smooth as expected. In his five games Hill has broken double digits twice and is averaging 9 points and 2 assists. That in itself is misleading since the overall points per game is bolstered by the 18 points he scored against Memphis. The most disheartening stat is the 4 of 18 or 22.2 percent Hill is shooting from deep.

Perhaps there was a reason the Utah Jazz weren’t eager to retain Rodney Hood. Although the wingman can score 30 points on any given night he has a tendency to disappear for several games in a row and a propensity for injury. The Cavaliers have witnessed both sides of the equation with Hood. While the shooting guard is averaging double digits in scoring (10.6) the Cavaliers want Hood to be the secondary scoring option to LeBron James. In the two losses the Cavs suffered since Hood’s arrival he failed to score more than eight points.

Finally, Jordan Clarkson offers speed and scoring ability. In fact the point guard has been the most productive of the new recruits averaging 14.2 points through five games. However, in the Wizards and Spurs losses the Cavaliers witnessed just how massive Clarkson’s defensive shortcomings are.

Part of this is growing pains, but in the losses a “LeBron watching” dynamic occurred where the Cavaliers stood watching the star instead of moving for the ball or providing James with offensive scoring options.

What this means for tonight:

Brooklyn aren’t exactly road warriors with an 8-20 record away from Barclays, but with the Cavaliers still suffering growing pains there is an opportunity to steal a win. Again, the key is ball and player movement as Cleveland are still figuring out their defense. Additionally, as John Schuhmann points out the Cavaliers have experienced slippage offensively with the new roster.

After scoring 126 points per 100 possessions in their last four games before the break, the Cavs have scored 101 in their first three games since the break, despite 58 percent shooting from LeBron James. George Hill has shot 4-for-18 from 3-point range as a Cav, J.R. Smith went cold over the weekend, and the new starting lineup has allowed 111 points per 100 possessions in its first five games.

History: Brooklyn and Cleveland have met 174 times in the regular season with the Cavaliers holding a commanding 99-75 series lead. Last season the Cavaliers swept the Nets. So far this season the teams have played twice with each side taking a game.

Odds: Cleveland is an 11 point favorite, and the over/under is 221 points.