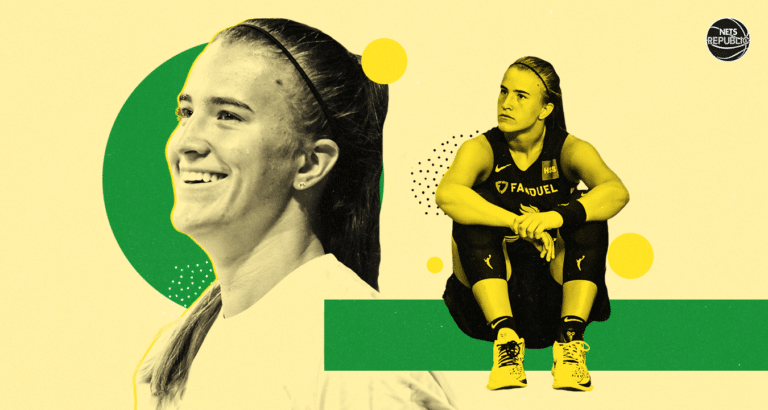 Sabrina Ionescu’s rookie season with the New York Liberty ended early because of an ankle injury in her third WNBA game. This injury was another big setback for Ionescu in 2020 to go along with losing a mentor in Kobe Bryant and not being able to bring home a NCAA Championship for the Oregon Ducks because of the COVID-19 pandemic. In her 2020 exit interview with the media, Ionescu discussed her season-ending injury and recovery, her offseason plans, how she stayed connected to the league’s activism after leaving the “Wubble,” the future of the Liberty, and more.

After Ionescu’s injury, she went home and started to work on her recovery. She is recovering well and is building up to gameplay soon. “I think this time that I’ve had, obviously being at home, seeing my family more than I ever have and now, kind of just starting this foundation of what I want to do with my career. And so just starting with nutrition, starting to get my body right and all aspects it’s really given me time to reflect.”

Ionsecu’s next step is deciding what to do this offseason. She told me she’s really considering going to play in Europe in January or February for the second half of the overseas season. Ionescu’s other option is to continue her basketball workouts at home.

How Ionescu Continued to Be a Part of the Team

Ionescu shared with me how she stayed connected to her team, specifically the Liberty’s and the WNBA’s social justice initiatives. “We continue to talk in our group texts every single day about things to continue to do and use our voice. And obviously, it was hard because I wasn’t able to do that by showing up to the games, by wearing my jersey that said Breonna Taylor on the back, by wearing, you know, my shirts and was not really able to be on TV talking about it. But, a lot of them were. So, just continuing to talk to them, see what I can do, how I can help them from not being there.”

Ionescu was asked what pieces the Liberty have in place to be similar to the 2020 WNBA champions, the Seattle Storm. She answered by talking about the Storm’s development over the course of several seasons. “I think it’s definitely, you know, inspiring, obviously, as a young group, just being able to just see the leadership and kind of just how they built through these last couple of years playing together and just continuing to grow every single year and just get better, individually, collectively.”

Lastly, Ionescu has the fourth most popular WNBA jersey, even though she only played three games! Though being #4 woke up her competitive spirit, she was appreciative of the support. She also talked about how not only are fans inspired by her, but she is also inspired by them and their support of her and the WNBA.

After a devastating year, Sabrina Ionescu found her balance and resilience through staying connected to her team and supporting them, continuing to rehab and be home with her family, and finding her competitive spirit everywhere, even in jersey sales.