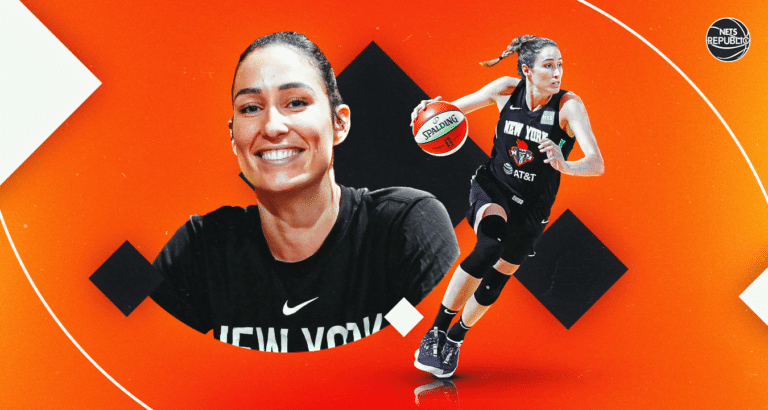 One of the longest-tenured members of the New York Liberty, Rebecca Allen has made her share of metropolitan memories in seafoam.

In this period of change on the New York Liberty timeline, a certain power from Down Under has stuck around as both a consistent presence and silver lining.

Seafoam veteran Rebecca Allen, currently partaking in Spanish endeavors with Valencia B.C., is celebrating her 28th birthday on Friday. Allen is the longest-tenured member of the current Liberty roster, having played her first WNBA games in 2015. The Victoria, Australia native who bears the nickname of “Spida” sat out the 2019 season in the WNBA’s Bradenton bubble, but her prescience was certainly missed in Liberty circles.

“I try to check in and see what she’s seen and get her perspective,” head coach Walt Hopkins said of Allen, who has also starred on Australia’s national team, the Opals. “Bec is someone who we’d love to have right now. Her 43 percent from 3 would be welcome in this system…we miss her. Her length, her energy, her shooting ability, everything about her.”

Nets Republic looks back at some of Allen’s most notable highlights to date, memories made during her years in both America and abroad…

Allen’s unofficial introduction to WNBA basketball came with the Opals, who came stateside for an exhibition against the defending champion Minnesota Lynx. The then-22-year-old held her ground against the W’s finest, giving the league a sign of things to come with strong defense and a propensity to shoot from deep. Allen wound up leading the Opals with 17 points in the visit to Target Center, while also topping the team with five steals. She also sank all three of her attempts from triples-range. Several months later, Allen joined the Liberty, though her season was cut short due to an injury.

Allen’s breakout performance came in the Liberty’s July 2016 visit to the nation’s capital, as she led a relentless scoring effort from the bench. Uniting with Amanda Zahui B., Brittany Boyd, and Shavonte Zellous to earn 65 points (23-of-40 shooting), Allen reached double-figures for the second time in her career, leading all New Yorkers with 19 tallies in an 88-81 win over the Washington Mystics. A pair of unique three-point players, each off assists at the top of the key from Tina Charles, helped put Washington away. Allen shot 4-of-6 from three-point range and capped off her night with an and-one, beating the shot clock and putting the Liberty up by double digits despite Emma Meeseman’s best efforts.

The quintessential Rebecca Allen game likely came during a road trip to the Windy City. In the Liberty’s tilt against the Chicago Sky, Allen climbed the 20-point plateau for the first time in her career, using six three-pointers to build 21 tallies. In addition to those personal bests, Allen also earned a career-best four blocks and four assists, her best output in the latter category that season.

Allen saved the best for second in an August 2019 tilt against the Lynx. In putting up a career-best 28 points (less than a week after the Chicago showing), Allen made Liberty history with 20 points in the latter portion of the first half, a team record for points in a quarter. Allen later put a local twist on her performance, labeling the frame her “purple patch,” a British term for for a successful stretch of play. To sweeten the deal, Allen not only shot a stellar 11-of-15 from the field, but she also earned her historic output with her father John in attendance.

In addition to her metropolitan duties, Allen has also established herself as a force to be reckoned with on the international circuit, representing the Land Down Under through her participation with the Opals. Her biggest performance on the worldwide stage perhaps came in a medal effort in the 2019 FIBA Women’s Asia Cup, when she put up 20 points in the third-place showdown against South Korea, igniting a 98-62 victory. For her efforts in the tournament, Allen was named to the All-Star team, representing the Liberty alongside fellow international sensation Han Xu.