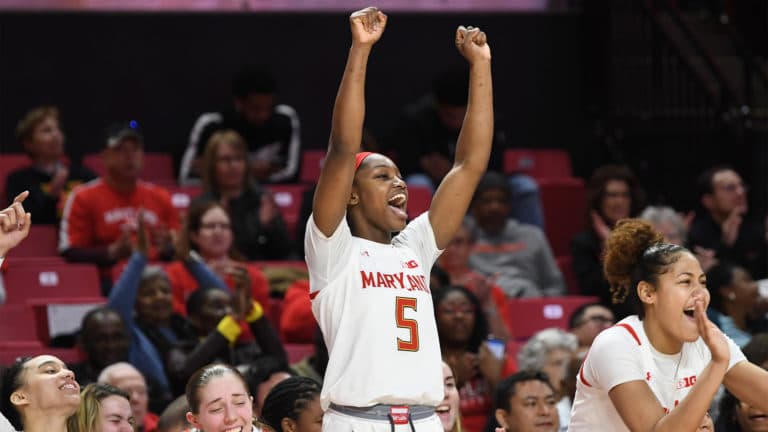 WNBA Draft Preview Part 3: Second/Third Round Guards and Wings For The New York Liberty To Target

Welcome to the third part of our 2020 WNBA Draft preview. In the first one, I looked at why the New York Liberty need to draft Sabrina Ionescu. In the second, I looked at potential second and third round bigs they could target.

This time, we’re turning our attention to the wings and guards who might be in play for the Liberty with their early picks in the second and third.

Let’s talk about some players who might be wearing seafoam green this season.

Because the Liberty are expected to take Ionescu in the first round of the WNBA Draft, I’d expect them to go with a big in the second and maybe circle back around to a guard or wing in the third, but let’s talk about a few options at 13 just in case.

First is Baylor’s Te’a Cooper, who has been getting a lot of mid-to-late first buzz. If she fell to 13, she’d be a very, very enticing piece for any team, even a guard-heavy one like the Liberty.

New York’s backup point guard role behind Ionescu features a pair of solid options in Layshia Clarendon and Brittany Boyd, but neither have the shooting upside of Cooper, and neither are really combo guards. Cooper can handle the ball in transition and knock down catch-and-shoot looks, and while carving out a role on a team that has Asia Durr and Marine Johannes already on it wouldn’t be easy, Cooper is someone to keep in mind if she falls this far.

While Cooper is more of a 1/2, Charles could be used as a 2/3, making her a little more of a need for the Liberty, especially if head coach Walt Hopkins continues the late 2019 trend from Katie Smith of using Rebecca Allen as a four, which would open up backup three minutes behind Kia Nurse.

Charles isn’t much of a shooter, but she’s a good rebounding wing who can score efficiently inside, and her offensive rebounding ability in particular is an interesting feature of her game. She’d help New York in a lot of ways, though her lack of long-range shooting is a concern. Still, this team has a lot of shooting, so maybe there’s a place for someone who can get to the hoop.

Tynice Martin is an interesting prospect. Her shooting this year wasn’t great, but her free throw percentage suggests that she could pretty easily become an above-average shooter, and she shot better earlier in her collegiate career.

But Martin has the physical skills to create her own offense, and if the shot comes back, she has the potential to be a strong bench piece for some WNBA team. There’s risk here for New York if they decided to spend the 13th pick on Martin and, again, I think they’ll go with a big, but if the draft board falls in such a way that other targets aren’t around, Martin’s an upside project.

The third round of the WNBA Draft is where I’d expect the New York Liberty to be in more of a “best player available” role.

If New York is looking to add scoring at this point, they could look to Baylor guard Juicy Landrum. In a draft where Lady Bears stars Lauren Cox and Te’a Cooper are getting a lot of attention, Landrum has flown under the radar, but she’s a very good shooter and a capable passer who could basically do a slightly less dynamic version of what I mentioned with Te’a Cooper above.

Another guard — though one with a little more size than Landrum — who can shoot from deep and pass. Walt Hopkins has mentioned wanting to increase the number of threes this team takes, and what better way than by adding someone who scored in the 98th percentile on three-point jumpers.

Defense and the fact that most of her production came in a smaller conference are concerns, though she did score 20 points against South Carolina, and she mostly cut down on her turnovers down the stretch.

Another wing with size who shoots well, though Willoughby isn’t the passer that Duffy or Landrum are. She also turned the ball over 3.4 times per game.

But while she wasn’t in the upper echelon of players at things like pick-and-rolls and transition play, Willoughby has one big positive that could put her in play: she’s was an elite spot up shooter who can hit a jumper from anywhere on the floor. She’s also a physical player who has a knack for drawing fouls, and the New York Liberty could value those things highly with their final pick in the 2020 WNBA Draft.