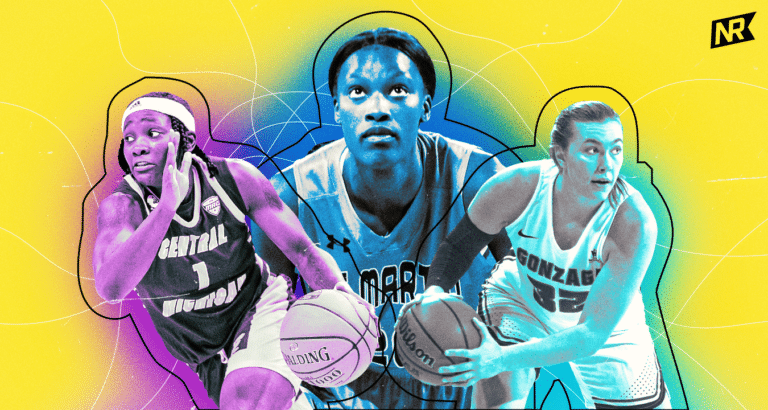 The NCAA women’s basketball season is about to come to an end.

On the horizon is the WNBA Draft, which is scheduled to take place on Thursday, April 15 at 7 p.m. on ESPN. The top prospects have been showcased on ABC and ESPN throughout the NCAA Tournament.

Rice recently won the WNIT title over Ole Miss, but none of the games were televised. Notable mid-major appearances in the NCAAW tournament included Gonzaga being upset in the first round by Belmont and BYU taking down Rutgers, while Wright State had the biggest first-round upset in defeating No. 4-seed Arkansas.

Top prospects from these mid-major schools need more than a big performance in the big dance. These players are the MVPs of their respective schools and are often near the top of several major NCAA stats rankings.

Below are my top 10 mid-major prospects for the upcoming WNBA Draft, including which ones could shake up things on draft night. It should be noted that a handful of top mid-major prospects will not be entering the WNBA Draft: Cincinnati’s IImar’I Thomas and South Dakota’s Hannah Sjerven have opted to return to school for another year, while Middle Tennessee State’s Anastasia Hayes, who was eligible to be an early entrant for this year’s draft, entered the transfer portal.

In a draft short on post players, Perry could find herself as a first-round pick. A two-time Ohio Valley Conference Player of the Year, Perry shot over 50% from the field as well as a remarkable 42% from 3-point range. UT-Martin’s run in the WNIT was short-lived, but it saw Perry average 25 points per game for their three games while going 9-19 from long range. Perry’s game has a resemblance of the great Tina Thompson or current Atlanta Dream signee Cheyenne Parker. If her rebounding can improve at the next level, Perry could be the sleeper of the 2021 draft.

Kelly is a legit scoring point guard. Averaging 23.9 points per game her senior year, her other strength lies in her defense, as she averaged 2.2 steals per game. Her weaknesses include her 3-point shooting (35.7%) and a slightly high assist-to-turnover ratio. Central Michigan’s first-round loss saw Kelly bring in 23 points, 3 rebounds and 3 assists against Iowa. Kelly’s game is similar to Arizona’s Aari McDonald as well as the Connecticut Sun’s Natisha Hiedeman.

Townsend may be the best all-around mid-major prospect — an athletic, versatile guard that can score from any area on the court and a high-percentage scorer who’s more than capable of crashing the boards, running the point or defending the perimeter. In a draft overflowing with guards, the issue with trying to see where Townsend will get drafted is her inconsistency. Frequently through her senior season she’d bring down a double-double easily, go on a scoring slump for a week, then follow that up with back-to-back double-doubles.

Millán is a high-efficiency guard that can score from all areas on the court. Her senior season, Millán saw her numbers increase in every area and finished 15th in the NCAA in scoring at 21.4 points per game. Being a solid rebounder, a strong defender and a low turnover margin boosts Millán’s case to get drafted. But the lack of a postseason tournament for Maine may hurt those chances. That, plus a draft that’s overstocked with guards, and her low 3-point shooting, might cause teams to pass.

Like any post player, Campisano may benefit from the lack of post players available for this draft. She spent her first two years at Oregon before transferring to Cal Poly, where her numbers immediately jumped her junior year. Campisano had a strong start to the 2020-21 season, bringing in six double-doubles through the Mustangs’ first 11 games. But her numbers took a slight dip towards the end of the season, and the lack of a postseason tournament could hurt her draft chances.

Jeter perfectly fits the mold of a mid-major prospect: a legit scorer who can shoot from all areas. She finished 10th in the NCAA this season in scoring (23 points per game) and recorded six games of 30 or more points. Jeter’s also a strong defender capable of defending bigger players out on the perimeter. But she’s possibly the hardest to slot into the draft due to flying under the radar all season and Towson not being in a postseason tournament. A team like Los Angeles could take a chance on Jeter.

Mulkey’s 6’9″ frame can cause problems inside for opposing teams. A legit shot blocker (3.5 per game), Mulkey also averaged 15.6 points per game on 56% shooting from the field. But she’s not a strong rebounder despite her size and could lack the mobility and strength at the next level. However, Rice’s title run during the WNIT has recently put her on the radar for a few teams. In the Owls’ championship-winning game against Ole Miss, she had a near triple-double with 19 points, 12 rebounds and 7 blocks. Mulkey is certainly worth a chance for someone in the third round.

McGwire’s a capable big that can also be a threat from long range, shooting 38% from behind the arc this season. McGwire also brought in five double-doubles in 2020-21, which included a career-high 20 rebounds against UNLV on Feb. 11. On the other hand, McGwire had an up-and-down season with Boise State, and the team did not appear in any postseason tournaments.

Kucowski quietly averaged a double-double during her senior season at Lafayette with 17.8 points and 13.3 rebounds per game. She was also named the Patriot League’s Player of the Year and Defensive Player of the Year. All the stats and awards warrant Kucowski being drafted. However, Lafayette had a total of twelve postponed or cancelled games this year due to the pandemic, which resulted in playing only 13 games. An early exit in the Patriot League tournament also doesn’t help to get noticed. Similar to McGwire, Kucowski could benefit from the lack of available posts in this draft.

Higgins’ strongest asset is her defensive abilities. She was second in the NCAA in steals per game (3.8) and won her second WCC Defensive Player of the Year award. This season, Higgins averaged a near double-double with 16.5 points and 9.5 rebounds per game. A strong scorer from inside, her lack of a 3-point shot and her high turnover margin may hurt her draft chances. An early exit in the WCC tournament and the lack of a postseason tournament doesn’t help, either.