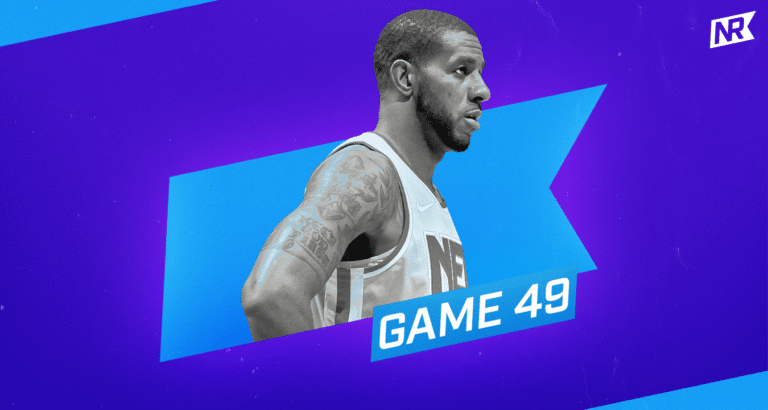 The Nets entered Thursday’s second game of a back-to-back with no James Harden or Blake Griffin, but it wasn’t a problem. Unlike Wednesday night, Brooklyn was ready from the opening tip, leading to a 111-89 win over the fourth-place Charlotte Hornets.

With all the good that happened throughout the game, here are three key takeaways from the dominating performance:

LaMarcus Aldridge made his Brooklyn Nets debut Thursday night, and it’s safe to say it was a rousing success. Not only did he play, he was in the starting lineup. Aldridge made his presence felt early on the offensive end, but not with his scoring. He did a good job of finding the open man when Charlotte sent a double team. In another instance, he used his driving ability across the lane to find a wide-open Jeff Green for three. By halftime, he had tallied 9 points, grabbed 6 boards, and dished out 5 assists in 17 minutes. Although he finished the game with only 11 points, both the Nets and their fans have to be thrilled with what Aldridge displayed in his first game action in over a month.

Another positive was what Aldridge showed on the defensive end. He was a big part of the Nets’ efforts in holding Charlotte to only 11 first-quarter points. Much has been made about Aldridge’s ability, or lack thereof, on the defensive side of the ball. However, he seemed pretty spry contesting shots at the rim and even caught himself a block and a couple of steals. Obviously, the expectation isn’t for him to have a Rudy Gobert-type presence on defense, but if he can be serviceable on D, then it’s a win for Brooklyn.

Sticking with the old heads, Green put forth one of his better performances of the season as well. He was the catalyst of the Nets’ offense in the first quarter, tallying 12 points and knocking down a couple of threes while singlehandedly outscoring the Hornets by himself in the opening frame. He even had one of his patented Uncle Jeff posterizing slams. Green finished the game with 21 points and knocked down a total of five 3-pointers. Maybe the Nets have some sort of fountain of youth at the Barclays Center.

ShamWow and the 3-point onslaught

It was the return of Landry Shamet, who had missed the last few games with a right ankle sprain but came back like he never missed a beat. In 21 minutes, Shamet dropped 17 points and knocked down five of his seven 3-point attempts. Tyler Johnson also got in on the 3-point shooting act, making five of his seven attempts. In total, Brooklyn shot a solid 44% from distance (20-45) with three players hitting five deep balls apiece.

This is a huge positive for the Nets, as it just adds to the already lethal firepower this team possesses. Defenses already have a lot on their plate dealing with Kyrie, KD, and Harden, and Joe Harris is as solid as they come. But if guys like Shamet, Johnson, Green, and even Aldridge can consistently knock down their threes when the opportunities arise, this offense will be almost unstoppable.

It’s about to get SCARIER

The final takeaway from this game is realizing just how scary this team can be when fully healthy. Brooklyn has been one of the hottest teams in the league over the past month and they’ve done it mainly without the services of Kevin Durant.

In one game, Aldridge showed he is exponentially better than DeAndre Jordan on the offensive end. At one point, the offense was flowing directly through Aldridge from the post, something that has been nonexistent for the Nets this season. Aldridge also spreads the floor for Brooklyn with his shooting ability. Add this to the fact that Blake Griffin has already shown a rejuvenation in his play, and the Nets might just be the deepest team in the league. The different frontcourt combinations the Nets can potentially throw at an opponent are enough to make your head spin.