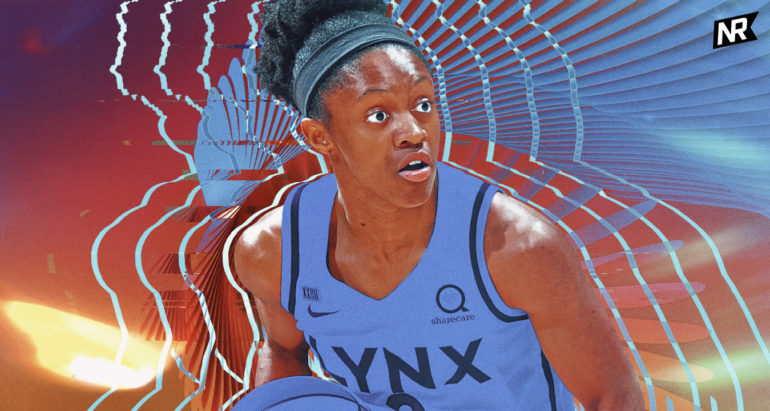 On Saturday, the Liberty announced the signing of 2020 WNBA Rookie of the Year, Crystal Dangerfield, to a hardship contract.

Dangerfield was able to be acquired after coach Sandy Brondello announced that both Didi Richards (hamstring) and Jocelyn Willoughby (partial tear-left quadriceps) will be out for an extended timeframe.

Rookie of the Year

In the second round of the 2020 draft, the Minnesota Lynx selected Dangerfield (16th overall). During her rookie season, she’d start 19 out of 22 games. Statistically, she would average 16.2 points per game (PPG), 3.6 assists per game (APG), and 0.9 steals per game (SPG). Her turnover margin was low, coughing up only 2.6 per game on an average of 30 minutes a night. An injury-plagued season for some of the higher picked rookies (Sabrina Ionescu, Lauren Cox, and Chennedy Carter) would see Dangerfield as a near unanimously selection for Rookie of the Year.

Her sophomore year would see her numbers decline, following the acquisition of Layshia Clarendon. Starting in only 10 games, Dangefield’s averages would dip to 7.7 PPG, 2.8 APG, 0.7 SPG and 20.1 mpg. Her shooting would also decline significantly, dropping from 47.1 to 38.8 percent. Her turnovers would still remain low at 1.4 per game.

In 2022, during the Lynx’s only preseason game, Dangerfield played only 12 minutes, scoring six points while adding a pair of assists and rebounds. Minnesota waived her on May 3, but three days later, the Indiana Fever signed her to a hardship contract. She played just three games for the Fever, averaging 6.0 PPG and 3.3 APG while shooting 42.9 percent from the field. Indiana released Dangerfield on May 11, following the late arrivals of Danielle Robinson and Alaina Coates.

With the backcourt injuries to Richards and Willoughby, plus AD still not 100 percent, Dangerfield could see quality minutes off the bench. Her ability to run with Brondello’s up-tempo style and allow Ionescu to play more off-the-ball could be an asset to cut down on the Liberty’s turnovers. As a team, the Liberty are again the worst in the league at turnovers per game (19.8). Brondello’s original plan was to have Richards and Sami Whitcomb as the primary back-up point guards. Richards is out for at least three weeks and Whitcomb has been averaging three turnovers per game herself.

It’s to be determined about who starts on Tuesday, but with Dangerfield, there could be the possibility of Rebecca Allen and Betnijah Laney splitting time at small forward. Enabling Ionescu and Whitcomb to cover shooting guard would allow Dangerfield to play approximately twenty minutes per game. The Liberty currently stand at a league-worst 70.6 PPG. Allowing Dangerfield to bring the ball up and push pace can also alleviate pressure from Ionescu, enabling her to find space through actions run off-ball. Currently averaging 15.4 PPG on 44.4 percent shooting, letting Ionescu to score more freely would help boost the Liberty’s overall offensive output.

The Liberty should have Dangerfield for a minimum of three weeks. During this stretch, from now to June 12, New York is scheduled to play nine games. If having Dangerfield reduces the team’s turnovers and increases their offense production, this could be a potential audition to bring her back later in the season. (New York would need to waive someone to clear a rest-of-season roster slot). The status on Marine Johannès is still not clear. If she is to come over, it would greatly hurt the odds for Dangerfield to remain in New York long-term. However, considering the Liberty’s salary cap crunch for 2023, it’s possible that Dangerfield could have a future on this team.