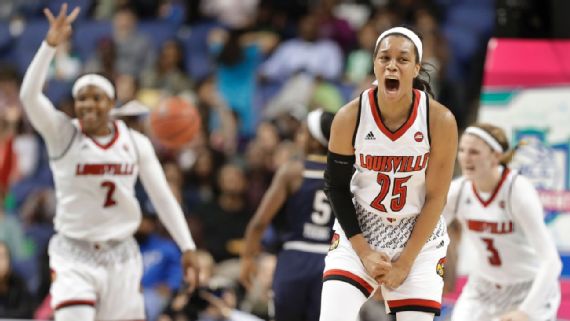 Welcome! With Joe Tsai purchasing the New York Liberty and the team joining the Nets family, we’ll be doing some coverage of them this season here at Nets Republic. Today, we kick that off with some pre-draft thoughts on what the Liberty should do: draft Asia Durr.

The WNBA Draft is fast approaching — it’s April 10th at Nike’s New York headquarters — and the Liberty hold the second pick. It seems like a foregone conclusion that Oregon junior Sabrina Ionescu is going to declare a year early and be the first overall pick by the Las Vegas Aces, and the Liberty better hope that’s true, because the perfect player for this team is waiting for them at pick number two and the only thing that could ruin that would be Ionescu going back to school and the Aces grabbing that player instead.

That’s not to say there weren’t positive signs for the team, though. Tina Charles remains Tina Charles — she led the WNBA in field goal attempts and finished 10th in total rebounds while also finishing seventh in points per game.

Meanwhile, the team got solid contributions from rookie guard Kia Nurse, who averaged 9.1 points per game. She logged 27 possessions as a pick-and-roll ball handler last season, scoring 1.037 points per possession in those situations, good for the 93rd percentile. Nurse shot below 30 percent from three. She rated well defensively, especially when defending against spot ups, but she ranked in just the 32nd percentile when guarding the pick-and-roll ball handler.

There was Amanda Zahui B, who finished eighth in the league in two-point field goal percentage but also finished in just the ninth percentile in defensive points allowed per possession.

The team also just re-signed Brittany Boyd, another young guard, and Boyd’s 37 percent mark from deep is an encouraging sign that she can provide the team with some of the shooting it needs, but she struggled in a lot of other areas offensively.

This Liberty team has needs both inside and outside heading into this year’s WNBA Draft, but I want to see that outside need be addressed first. There’s a handful of talented bigs who’ve been going in the second round in mock drafts lately, including Iowa’s Megan Gustafson and China’s Han Xu, who the team could grab with the 14th overall pick. They shouldn’t miss out on picking a player as talented as Asia Durr.

Okay, but why Asia Durr?

What makes Asia Durr the player that the Liberty need? This is a team that has a lot of guards, even if those guards haven’t been performing at the level that the team needs them to. This piece by Ben Dull is a good primer on the glut of options this has at guard, but having a lot of players who don’t factor much into your rebuild shouldn’t be a reason to not pick the second-best prospect available.

Let’s dive into some of Durr’s numbers from this season at Louisville.

One big thing Durr can bring is shooting. The WNBA is trending more and more in the direction of the NBA, which is to say that teams need to be able to hit from outside to be successful. Durr’s shooting just over 35 percent from three this season, but she was 41 percent shooter from deep the year before and she possesses the right outside shooting skills to bring another layer to this Liberty team.

Durr scored in the 93rd percentile on spot up possessions this season, and the Liberty could use that kind of help after finishing eighth in PPP off spot ups last season. Durr’s also a strong threat in transition, a situation where the Liberty finished last in 2018. While this is a team that needs to slow the ball down and get it to Tina Charles sometimes, it doesn’t need to be that team every time, and this team could put out some three guard lineups that take advantage of Durr’s ability to lead the fastbreak.

Dana Evans gets the rebound and finds Asia Durr for 3 pic.twitter.com/atiAkfM05K

Here’s what the Liberty would most need from Durr: shooting. Durr has a chance to be one of the better catch-and-shoot players in the WNBA and we see here how dangerous she is when she gets these open looks.

Durr’s shooting percentages are down this season, though, because teams have tried to limit those open looks. There have been cold spells for Durr over the course of the year as opposing teams have kept pressure on her. She’ll need to figure out some of the tougher professional defenses she’ll face if she wants to be as effective off the dribble as she is when spotting up.

Another skill Durr has? Passing:

Durr’s so dangerous as an offensive weapon that the Michigan defense has four players on this break dedicated to stopping her. That allows Jazmine Jones to get behind the defense, but all the bodies surrounding Durr means it’s not going to be easy to get the ball to Jones even if Jones herself is open. Durr winds up passing the ball as she’s turning her back to the defense, a move that both looks cool and also catches the defense off guard.

By comparison, this other pass by Durr looks so much less exciting, but it’s still a good one:

Asia Durr drops it in to Sam Fuehring for 2 pic.twitter.com/CbkzFyYdyt

I love that Durr’s capable of passing the ball accurately at any moment. Here, she’s moving beyond the arc, dribbling to the left, and then she sees Sam Fuehring has good position inside and, without hesitation, flings the pass into her.

Here’s a longer video of some Durr highlights:

Quick list of things I see from this clip:

Here’s something that could be a lot of fun: Kia Nurse comes up the floor, Tina Charles sets a high screen, and Durr sits out in the corner, ready to knock a shot down if Nurse needs to kick it to her. Or, Durr, who scored in the 83rd percentile herself as a pick-and-roll ball handler this past season, brings in up and runs that play, using her passing vision and shooting skill to make things happen for this team.. She brings so much versatility to this team, an ability to play both on or off the basketball. A Durr/Nurse backcourt sets you up extremely well moving forward, and you can worry about the big issue either in the second round or in next year’s draft. Durr’s the perfect player for this Liberty team to add on April 10th.

(By the way, Durr and Louisville play Oregon State on Friday night in the Sweet 16. Check out a potential future Liberty star if you have the chance.)