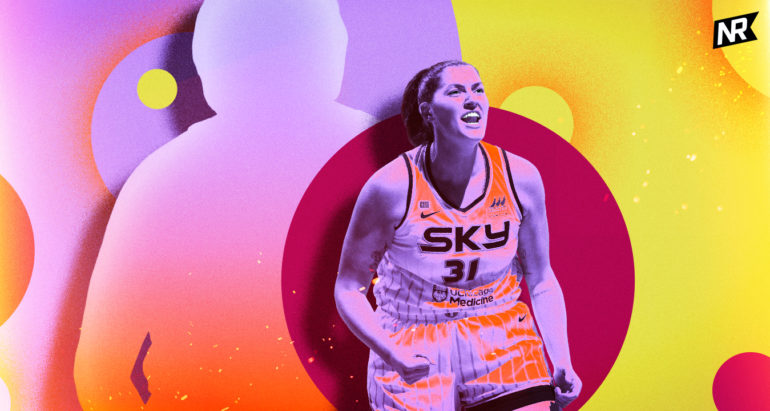 Stef Dolson Signs with the Liberty: What Does It Mean?

On Sunday afternoon, the Athletic’s Chantel Jennings reported that Stefanie Dolson, a member of the 2021 Chicago Sky championship team, would be signing a multi-year deal with the New York Liberty. Here’s a breakdown of what this signing means for the Liberty and the potential for them. Are the Liberty headed for a deep playoff run now?

On Thursday, February 3, the New York Liberty made the announcement official.

The addition of Dolson, much like what Stewart would have brought, had she not re-upped in Seattle for Sue Bird’s final year, gives New York much needed help in the post. Acquiring Dolson allows Natasha Howard to shift over to the power forward position, rather than continuing to play center, as she did last season. Letting Howard step away from the paint and the bigger posts in the league will allow her to reserve energy for the offensive end and help more liberally off-ball. Just as she spelled Candace Parker for stretches last year, she’ll give that same reprieve to Howard.

Due to her shooting touch, Dolson is arguably one of the best high-low post players in the league. Another appealing part of her skill set is her ability in the pick-and-roll. Being able to work with point guard Sabrina Ionescu, who also excels at that two-man set, will be a thing of beauty for Liberty fans. This accompaniment to the roster could also see the Liberty go with a bigger line-up. Assuming she’s re-signed, it would allow Rebecca Allen to play at the 3 spot. This would enable Betnijah Laney to slide over to shooting guard; with Ionescu remaining at point, this lineup could be a defensive headache for opposing teams.

As previously reported by Jackie Powell of The Next, the Liberty are looking to bring back Marine Johannès for the 2022 season following a two-year absence from playing stateside. Depending on what kind of salary Dolson will be taking on, and how the Allen reunion shakes out, Johannès could be an option. Adding in the fifth overall pick, plus the return of several of their young pieces, will give the Liberty one of the WNBA’s deepest benches and a solid rotation. Having Johannès arrive late for the team wouldn’t be an issue either, and it’s something the team can take a gamble on. Both GM Jonathan Kolb and new head coach Sandy Brondello are pushing for a deep playoff run with the signing of Dolson, assuming they stay aggressive ahead of the season’s tip-off.

WNBA free agency signings officially began on February 1, but all has been quiet from New York’s side, with the exception of the Dolson signing. Stay tuned to @netsrepublic on Twitter for all news regarding any Liberty free agency news.