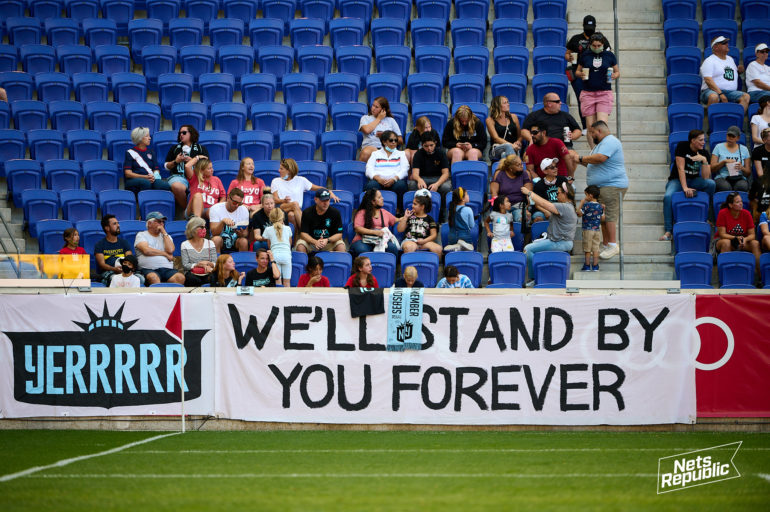 As the National Women’s Soccer League nears the end of its 9th season, an explosive report published by The Athletic in the early hours of September 30th detailed multiple accusations of sexual coercion by Paul Riley, the now-former head coach of the North Carolina Courage. The events described in the report allegedly occurred several years ago while Riley was the coach of other teams, including the NWSL’s Portland Thorns and former Women’s Professional Soccer (WPS) league team the Philadelphia Independence.

Although Riley has denied these allegations to The Athletic, the North Carolina Courage terminated him later that same day. The following day, NWSL Commissioner Lisa Baird and NWSL general counsel Lisa Levine were ousted by the NWSL board of directors. Baird had been with the league since 2020, and Levine with 2017.

The news of these allegations against Riley rocked the sports world and caused an uproar among fans and followers of the NWSL. Social media erupted with reactions from fans, journalists, players, and coaches. Before she was ousted, many called on the NWSL Commissioner Lisa Baird to resign. The reporting in The Athletic indicated that Baird was informed of the allegations prior to publication of the article, but chose not to respond. She released the following statement late in the afternoon on September 30, after the article was published.

Among the first to put out a statement in support of the players who spoke up about the alleged abuse was the NWSL Players Association (NWSLPA). In 2017, Yael Averbuch West lead the launch of the NWSLPA. She is the current general manager of NJ/NY Gotham FC. In 2019, after retiring from the sport, Averbuch West became the first ever Executive Director of the Association and currently serves on the advisory board. The NWSLPA posted their reaction to Twitter.

A number of players, including those on Gotham FC, echoed the sentiments of the NWSLPA by either sharing the post on their social media or putting out their own statements. On Twitter, Gotham backup goalkeeper DiDi Haracic said, “This league should be ashamed. This is sickening. To the women who have come forward I can’t imagine the strength. So much respect for you. We need to pave the way for the younger generation.”

Team Captain McCall Zerboni, who was coached by Paul Riley at her previous team, the North Carolina Courage also put out her own statement.

On Friday, a day after the article was published in The Athletic, the league announced that all matches scheduled for that weekend would be cancelled, including Gotham FC’s away match against Racing Louisville. There has been no official indication of when or if these matches will be rescheduled. Gotham FC ownership and staff put out a joint statement in support of postponing the matches.

U.S. Women’s National Team players including Alex Morgan of the Orlando Pride and Megan Rapinoe of OL Reign put out their own statements, demanding the league do more to protect the players. Rapinoe specifically called for the resignation of anyone who was involved in covering up the alleged abuse.

Gotham FC is no stranger to controversy. Earlier this season, general manager Alyse LaHue was fired from the club for violating the league’s anti-harassment policy, a policy that had only been put in place this year. No details were ever released, but LaHue denied all allegations of wrongdoing. Fans and followers of the club were frustrated given the lack of details, especially because LaHue was seen as responsible for turning around the failing club.

After LaHue was let go, Gotham FC brought in former player Yael Averbuch West as their interim GM. This move was applauded throughout the league, including by players at the club, who viewed Averbuch West as a leader who would put the focus on the players.

Many individuals, including players and fans, have criticized the NWSL for their historic lack of transparency in their decision making. It was this lack of transparency that contributed to Paul Riley being allowed to take a job at another team after parting ways with the Portland Thorns. Nadia Nadim, a Danish international who currently plays for Racing Louisville, did not hold back on her criticism of the league.

In the NWSL, affiliated supporters groups have always been strong voices, advocating for necessary change in the league. The Gotham FC supporters group Cloud 9 is no exception. On September 30th, the group put out a statement via their Twitter, and stated: “We stand with the [NWSLPA] and all players past and present.”

When Jen Muller, one of the co-leaders of Cloud 9, first read the story, she described it as “gut wrenching and heartbreaking.” Even upon seeing the league take action, including the firing of Paul Riley, commissioner Lisa Baird’s resignation, and the NWSLPA setting up a 24 hour hotline for players to submit anonymous reports, Muller believes this is just the beginning of the necessary action that the league must take. “I’m glad that it happened quickly, I’m glad that Baird is out because her [initial] reaction was just b.s., to be frank,” Muller told Nets Republic. “It was the NWSL board of directors that ousted Baird and Levine, but the board of directors is made up of ownership, which is problematic. So, now what?”

Muller explained that Cloud 9 is currently having internal discussions on actions they can take to support the players both on game day and through other actions. The group is taking cues from the players and working with the North American Independent Supporters Council (ISC).

Amidst the current turmoil in the NWSL, the players are currently working on a collective bargaining agreement (CBA) with the league. Recently, NWSLPA Executive Director Meghann Burke was featured on the “Burn It All Down” podcast where she revealed that not a single owner from any team has shown up to CBA sessions, which have been ongoing since summer. “The CBA needs to be done ASAP,” Jen Muller said. “There’s a lot of work to be done, and ownership should not be patting themselves on the back.”

Many on social media agreed that there is more to be done to protect the players in the league, as prominent voices in sports from all over the world put out statements in support of the players.

It is clear that institutional change is needed at all levels of the NWSL to make it a safe place for the players. As the league finishes out their season and enters the college draft in December, the world will be watching to see what steps will be taken to ensure player safety, and prevent further systemic abuse from ever happening again.