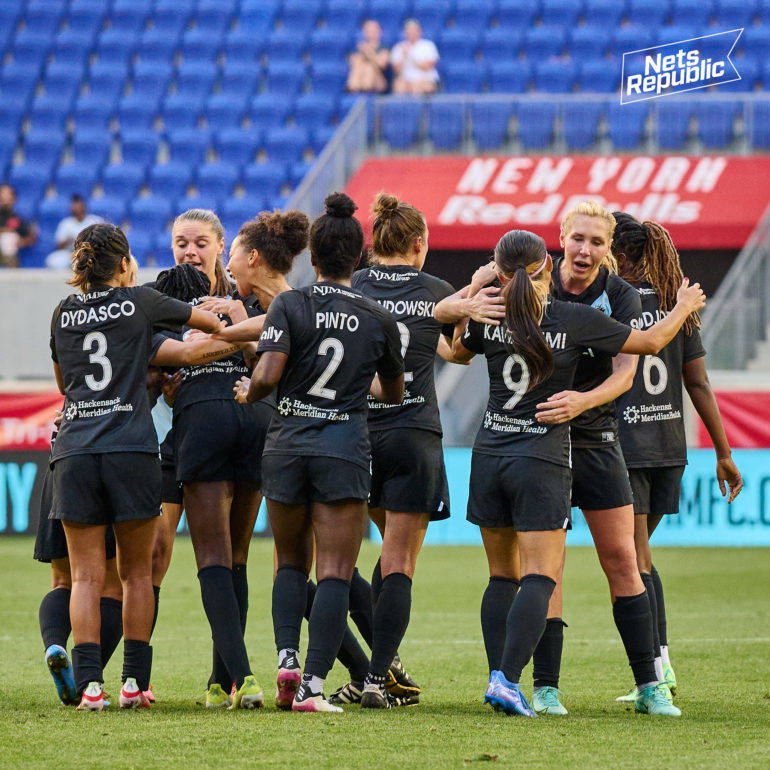 On July 10, 1999 in Pasadena, California, the United States Women’s National Team rocked the soccer world when they won the FIFA Women’s World Cup in a penalty shootout against China. It was this historic win that seemed to be a turning point for the popularity of women’s soccer in the United States. The 1999 team, with their star players like Mia Hamm and Michele Akers, became household names – and people wanted more.

In 2000, the Women’s United Soccer Associated (WUSA) was formed. Although there had been other women’s professional soccer leagues in the 1990s, the WUSA marked the true beginning of a professional league system for soccer in the United States. Unfortunately, the eight team league dissolved in 2003. A few years later in 2008, the Women’s Premier Soccer League (WPS) was born. The WPS saw slightly more success than its predecessor, but folded in 2012.

That same year, the U.S. Soccer Federation announced the launch of a new league which would be called the National Women’s Soccer League (NWSL). With their inaugural season in 2013, the NWSL is now the longest running professional women’s soccer league in the country. The league currently has ten teams, with two more set to join next year.

NJ/NY Gotham FC currently plays out of Red Bull Arena in Harrison, New Jersey. The team began as Jersey Sky Blue in 2006, and played as Sky Blue FC in the WPS from 2009 until the league folded. The club was the winner of the WPS’s inaugural season.

The team continued on in the NWSL as Sky Blue FC until 2021, when they rebranded to NJ/NY Gotham FC with hopes of attracting the attention of the New York City market. The club owners are New Jersey Governor Phil Murphy, his wife Tammy Murphy, and businessman Ed Nalbandian.

Currently in the NWSL, ten teams are competing for six playoff spots. Gotham FC is in 7th place, only one point behind the 6th place club. Most soccer leagues adopt a point system to determine a team’s position in the standings. In the NWSL, each win gets a team three points, a tie gets one point per team, and a loss is zero points. The teams all play each other about three times each season.

Gotham FC’s 2021 season has been considered one of their most successful so far in the NWSL. In prior years, the club has struggled to find success on the pitch. In 2018 they  finished last in the league, and in 2019 they finished second-to-last. During the summer of 2018, rumors started to surface regarding the club’s inadequate facilities.

An article was published on the popular women’s soccer news website The Equalizer detailing some of the club’s lackluster conditions. SB Nation’s Once A Metro reported issues with “tough travel conditions, inadequate locker room and training facilities, a disorganized front office, near-total disconnect from ownership, and severe housing problems.” It was also reported that World Cup champion and Olympic Gold Medalist Carli Lloyd, who joined her hometown team in 2018, was having to take therapeutic ice baths in 50-gallon trash cans.

Following the outcry from fans and followers of the league, the team took immediate action. They brought in a new general manager Alyse LaHue, who formerly managed the Chicago Red Stars and prior to that worked with the Seattle Storm in the WNBA. LaHue led a complete turnaround of the club and worked to move the team to their new facilities at Red Bull Arena in Harrison, New Jersey. With the move to Red Bull, the team also gained access to top notch training facilities. Freya Coombe was brought in as the interim-turned-permanent head coach. LaHue also led a rebrand of the club which relied heavily on input from fans and the club’s supporters group Cloud 9 through surveys and focus groups. Eventually, Gotham FC was reborn as the underdog hero that the NJ/NY area deserved.

These vast improvements for the team led Gotham FC to a fairly successful season on the pitch. However, a few ups and downs have persisted for the club. Earlier this year, Alyse LaHue was let go from the club following an investigation into violations of the league’s anti-harassment policy. No further details were ever released. Former Sky Blue FC and U.S. Women’s National Team player Yael Averbuch West was brought in as interim-GM, a move that was lauded by the players of the team and fans of the league. Weeks later, head coach Freya Coombe announced that she would be departing the club at the end of the season to become the head coach for Angel City FC, a 2022 expansion team. The club and Coombe decided to part ways shortly after the announcement, and the club recently named Scott Parkinson, former assistant coach to the Chicago Red Stars, as the new Gotham FC head coach. Parkinson, who has received high praise from both current and former players in the league, will coach his first game with Gotham FC on September 25th at Red Bull Arena. Despite some turmoil, Gotham FC continues to turn lemons into lemonade with two new hires that seem poised to lead this team to more victories this year.

With just seven games left in the season, Gotham FC is looking to pick up some more points and make the playoffs despite being winless in their last five matches. The team is struggling to score goals lately due in part to the absence of their star forward Margaret “Midge” Purce who is out with a left quad injury. Purce, who also plays with the U.S. Women’s National Team, scored four goals and had one assist this season for Gotham FC before picking up an injury on August 1st. The team also is missing other key pieces due to injury including attacker Paige Monaghan and defender Mandy Freeman.

Over the last two years, the team has added some exciting young players to the roster. In the midfield, the team has brought in Ghana native Jennifer Cudjoe in 2020 and South Korean native So-dam Lee in 2021. These new players have added a palpable energy to Gotham FC and helped lock down the midfield.

One of the most talked about players in the league this year is defender Caprice Dydasco who has played for Gotham FC since 2019. Although she missed the 2020 season due to her third ACL tear, she came back this year to be not only one of the team’s top defensive players, but also an invaluable attacking asset with four assists and one goal.

Gotham FC is working hard to put their troubles behind them and are focused on seeing out the end of the season by racking up as many points as possible. The club is exciting to watch, and currently is touted as having the best defense in the league. They consistently have standout defensive performances against strong attacking teams, defying the odds that seem stacked against them. The club shines on social media and has started a tradition of posting videos of their pre-game outfits, a move that has been applauded by sports fans all over the country.

The NWSL streams the majority of their games on Paramount + in the U.S., and internationally on Twitch. A select number of games are televised on CBS or CBS Sports Network. On October 6, 2021, NJ/NY Gotham FC will play a home game at Subaru Park in Chester, PA to say farewell to Carli Lloyd who will be retiring at the end of the season. This will allow Lloyd, a native of Delran, NJ, to play one last professional game in her own backyard.

Women’s soccer has come a long way since the 1999 National Team won their World Cup. The NWSL continues to help grow the women’s game at home, and Gotham FC is doing the work right in our own backyard. The team has only two more home games left for the season that will be played locally at Red Bull Arena. The next game is on September 25 and the final game will be October 31. Tickets are available on their website: https://www.gothamfc.com/.