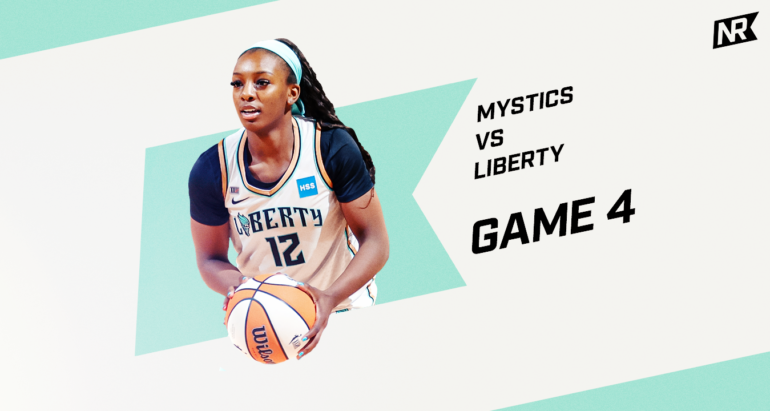 A celebration of the New York Liberty’s illustrious history was on display on Friday night in Washington, D.C. Alas for New York, it came in a different uniform.

Newly-minted Washington Mystic Tina Charles let her former compatriots have it at Entertainment and Sports Arena, uniting with Ariel Atkins for 59 points in the hosts’ 101-72 victory. Betnijah Laney‘s 20-point efforts were lost in defeat, as the Liberty (3-1) dropped their first contest of the season, missing out on their first undefeated four-game start since 2007.

NR has the takeaways you need to know…

Still the Queen of Queens

The all-time leading scorer in the Liberty’s 25-year history held the biggest grudge against the New York Liberty since the designer of Escape from New York‘s iconic poster.

She giddily took advantage of several interior mismatches in what should be the final days of Natasha Howard-less basketball. Michaela Onyenwere held her own to start, but foul trouble put her on the bench for much of the first half. Meanwhile, Kylee Shook and Kiah Stokes‘ valiant efforts were no match for a former MVP on a mission. Charles openly flouting the Mystics’ growing margin as things got more desperate for New York. Her 34 points were two short of her career-high, which she earned in seafoam during the 2017 season.

“They fired me on my day off. That was mad cold,” Charles told Washington reporters after the game, appropriately referencing the 1995 film Friday on a Friday. While admitting there was incentive to perform well against her former squad, Charles praised the Liberty for their current direction.

“I have so much respect for [the Liberty],” Charles said. “As a native New Yorker, you always want the New York sports teams to win. The world is a better place when New York is winning. I’m happy to see them winning and thriving and that the organization is going in the right direction.”

Charles more than earned the right to go ring chasing after two years of basketball purgatory in Westchester. She fell without warning into a situation where she has to carry the Mystics with Elena Delle Donne, Myisha Hines-Allen, and Emma Meesseman all missing. Friday was not only cathartic for the former Liberty legend, but also a strict warning that she’s still at the height of her powers despite opting out last season.

“The goal was to stop everybody else and that’s what we didn’t get done,” Hopkins said. “You know you can you can weather a night like [Charles’] if you do a good job with the rest of your team defense, and we just kept getting beat off the dribble… they just they punched early, they kept punching. They were the better team.”

The Liberty’s second-quarter surge was an encouraging sign. After the first ten minutes didn’t go their way, the Liberty clawed their way back from a 29-15 deficit. They got as close as four before going into the locker room down by only six.

Alas, the second half became progressively more dreadful, as the Liberty fell behind by as much as 32. Part of the reason for that was the Liberty’s reserves getting badly outplayed. Washington (1-2) scored 18 of the first 19 points of the game from the non-starting five, headlined by 11 from another former New Yorker in Shavonte Zellous. Latecomers Rebecca Allen and Kiah Stokes showed some considerable rust, though Allen earned a little bit of a late spark (9 points, 4 rebounds). The late surge only slightly cleaned up the final margin, as the Mystics’ bench outscored the Liberty’s 28-17.

It’s great that the Liberty have enjoyed the talents of a show-stopping starting five headlined by Ionescu and Laney. But they can’t do it alone, evidenced by Washington’s clamp-down on Ionescu and Laney’s early shooting struggles. New York has bided its time well with defensive standouts Howard and Leaonna Odom having yet to make their debuts.

Hopkins admitted that the bench struggled, but he was more concerned about the Mystics completely outmatching the team.

Meanwhile, Allen was inspired by her late surge when the scoreboard situation was too dire to look at.

“Every game, every practice, we’re going to get better as a group,” Allen said. “Me personally, I’m going to understand the system better and continue to play to my strengths, but you know I’m obviously trying to find my way with my shot. I know I’m a much better shooter than what I’ve been showing in the last couple of games, but it’s going to come together for me.”

Next up: The Liberty return to action on Sunday afternoon against the Chicago Sky (1 p.m. ET, ESPN). Chicago (2-0) will be coming off four days of rest, having last played in Wednesday’s 85-77 win in Atlanta. Sunday will serve as the Sky’s home opener at Wintrust Arena. 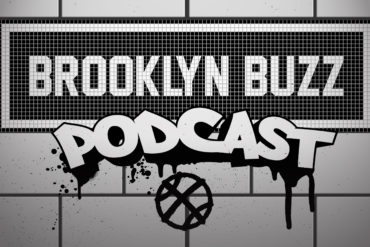 The Brooklyn Buzz – Nets Fall to a Depleted Blazers Team