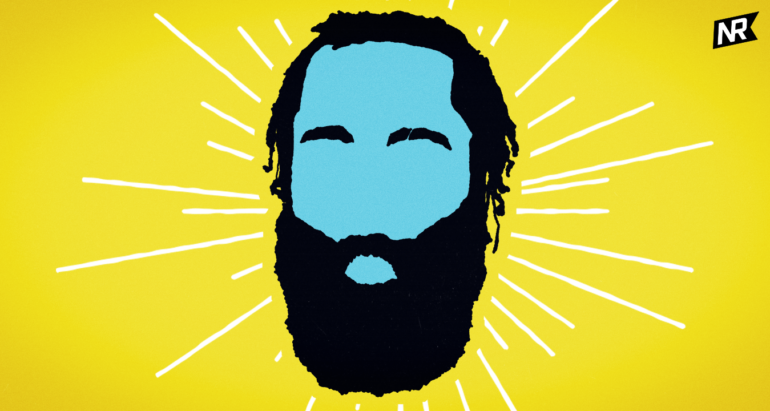 James Harden, You the Real MVP

The Brooklyn Nets are 27-7 in their games with James Harden this season and 13-10 without him. With several high-profile stars, people will often ask whose team it is.

For the Nets star trio, they pay that question no consideration. They don’t allow ego to take over the bigger vision they all share, bringing the Nets their elusive first NBA championship. Kevin Durant is the best player on the Nets. He is capable of scoring at all three levels and has a high level of defensive awareness and anticipation. Kyrie Irving is the box office talent that will leave your jaw on the ground with every crossover, hesitation, and acrobatic finish around the rim.

However, Harden is the most impactful player on the Nets when it comes to wins and losses. If it wasn’t evident before, it was certainly made clear following his absence due to a hamstring injury.

Harden is the glue that holds the Nets together. When he is on the court, the offense runs through him and flows seamlessly and crisply. Back in January, the Harden trade was viewed as a luxury, an embarrassment of riches. But as the season progressed and Durant missed over seven weeks nursing a hamstring injury, it turned out to be a necessity to keep the Nets high in the standings while the team patiently awaited good health.

The regular season has concluded, and despite Durant (37 games missed), Harden (28 games missed), and Irving (18 games missed) only sharing the court together for a combined seven games, the Nets finished as the No. 2 seed in the East with a 48-24 record. You’re left wondering where the Nets would currently sit in the standings without Harden’s consistent presence that translates directly to wins.

Harden returned to action against the Spurs last week, and his impact was immediate. Why do Harden’s teammates rave about his court vision? It’s simple: he makes everyone’s role defined and easy. The big men operate out of pick-and-rolls and get easy layup and dunk opportunities, while the shooters get more open looks.

Take Nicolas Claxton, for example. Claxton, the 22-year-old center who is known for his defensive versatility, averaged 6.6 points in his sophomore season. While just one game, he tallied a career-high 18 points on an efficient 7-for-8 shooting performance when Harden returned against the Spurs.

Harden understands where players like to operate on the floor and knows how to get them into their favorite spots. He is the fun and cool teacher that unlocks his students’ full potentials and motivates them to learn. In this case, the students are the younger guys on the roster who are soaking in all the knowledge they can from a player of Harden’s caliber and experience.

The Nets’ Big 3 is a unique combination of all-world talents and vivacious personalities. Durant, Irving, and Harden are three of the best isolation scorers in the league. When the trade to bring Harden to Brooklyn became official, their iso-heavy style of play led to many questions of how the three would mesh.

In every Big 3 is a player that sacrifices their stats and offensive opportunities for the betterment of the team. Miami’s was Chris Bosh. Cleveland’s, Kevin Love. In Brooklyn, it is surprisingly none other than James Harden, the man who led the league in scoring last season with an astounding 34.3 points per game.

His willingness to sacrifice for the benefit of others is now visible through the streets of Brooklyn. A mural of Harden was painted near Barclays Center with the quote, “Where some see a scoring machine, I see the possibilities of elevating those around me.”

Harden is a breath of fresh air for the offense. A year ago, Harden had a shoot-first mentality—he had to. He has mentioned that he would need to score 40 points just to keep the Rockets in games at times. In a wild change of events, during his first few games with the Nets, many fans were advocating for him to be more selfish and get more shots up, and were discussing how maybe he was being a little too unselfish.

It’s remarkable how much someone can change themselves when they have a clear vision and goal in sight. Clearly Harden has his priorities straight and understands the bigger picture. He just wants to win games, and eventually win his elusive first championship. It’s an accomplishment that would certainly boost his Hall of Fame résumé.

“I thought winning was all that matters?” Harden smiled and remarked during a recent media session.

“When I was doing the stats and putting up the numbers, it wasn’t good enough. So, at some point we’ve gotta figure out what we’re talking about, but it’s all about winning.”

The first-day jitters and introductions are over, and now reality is setting in. The Nets have the best team in their history and are arguably the deepest team in the NBA. All eyes are on Brooklyn—and for Harden and the Nets, they’ve been on this stage before. They’re aware of the tall task at hand. They’re not worried about all the stories of their past, they’re just determined to write their own.