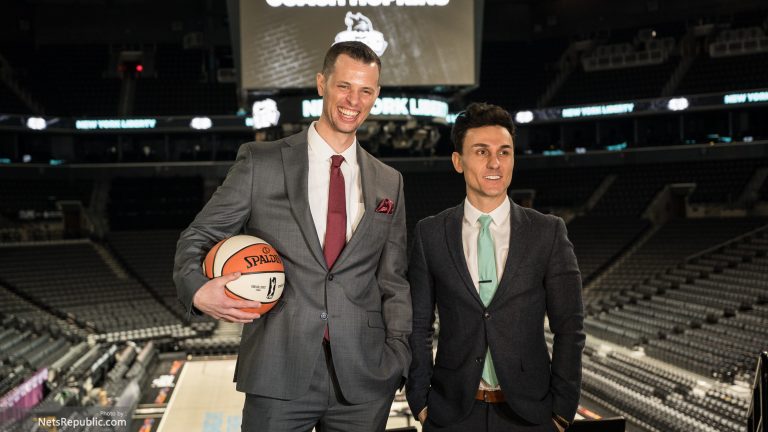 Hopkins replaced Katie Smith, who led the team to a combined 17-51 record in two years at the helm. Smith was relieved of her job back in October, but the coaching search for the team’s first head coach of their Brooklyn era seemed to go silent for a long time afterwards.

The team’s interest in Hopkins was reported by The Winsdr in mid-December, and the AP’s Doug Feinberg reported on Monday that the Liberty had decided on Hopkins.

Like they did with Smith, the Liberty brought in a coach who’d never served as a head coach in the WNBA, though the circumstances are different: Smith was promoted from within, while this time the year turned their attention outside of the organization in their search for a head coach.

With a team filled with young wing players and stretchy bigs, a coach who can focus on shot mechanics makes sense. The Lynx have been near the bottom of the WNBA in three-point attempts while Hopkins has been there, but the two teams are constructed in different ways. According to High Post Hoops Howard Megdal, Hopkins at Wednesday’s press conference had this to say about what the Liberty offense will look like:

The 2020 Olympics add uncertainty into which international players will be available for the Liberty, but hearing that Hopkins is as excited about players like Han Xu and Marine Johannès as many in the Liberty fandom are is a good sign for the team’s youth going forward.

For more quotes from the press conference, you can look at the #LibertyLoud hashtag on Twitter, where Elite Sports New York’s Geoff Magliocchetti livetweeted Hopkins and GM Jonathan Kolb’s statements and answers.