The New York Liberty’s final pre-Olympic weekend got off to a tough start after a rough showing in Indiana.

The New York Liberty had to deal with not only the Indiana Fever on Friday night, but the impenetrable forces of Mother Nature as well.

A sweep of the Fever was not to be for the weary Liberty (10-10), who stumbled to an 82-69 final. Kelsey Mitchell led the way with 20 points for Indiana (3-16), who earned consecutive victories for the first time this season. Former Walt Hopkins pupil Danielle Robinson tallied 18 more, while Teaira McCowan put in 15 points and nine rebounds off the bench.

“We weren’t sharp. It’s very frustrating,” Coach Hopkins said of the defeat. “I thought, as a team, we didn’t move the ball the way that we needed to move the ball… We tried to hit home runs over and over and over again, and it seldom worked after the first quarter.”

The Liberty tallied 28 points on 60 percent shooting in that first quarter to build a five-point lead, but dropped to just 30 percent over the final three frames. Former Indiana representative Betnijah Laney led the team with 23 points, reaching the double decalogue for the first time in four games.

Besieged by rains brought upon by Tropical Storm Elsa, the Liberty arrived in Indianapolis less than 12 hours prior to tip-off. For their part, the Liberty kept their spirits high while trapped at LaGuardia Airport, their odyssey documented through DiDi Richards’ live streams on Instagram and Jazmine Jones’ Twitter account.

“We have a good group, a group that really likes each other,” Hopkins said of team spirits during his pregame availability. “They found ways to make that really fun. There were very few times where they weren’t laughing or joking with one another… The whole thing was like a slumber party.”

Once things became dour in the form of a 13-point loss, players had no interest in using their fatigue as an excuse.

“Look, we’re at the stage where everyone’s tired, everyone’s facing difficulties, everyone’s facing different challenges,” Sami Whitcomb said. “For us, as a group, that’s an okay excuse to not play as hard as we needed to play, to not be as focused. It’s one thing, if you don’t have energy, that’s fine, you can play, you can still give 100 percent of what you have. But for me, mentally, we weren’t as locked in and that’s something we can often control. So I don’t think (travel) is a fair excuse.”

The journey home was no less rockier. Further storms in Indianapolis pushed the Liberty’s return trip back over six hours. Team owner Joe Tsai has vowed to take action.

“Enough is enough. I’m going to solve this transportation problem for good,” Tsai said in a tweet quoting a darkly humorous post from Jones, depicting a scene from Forrest Gump in which the titular character runs across the country. “Getting your team to an away game and back comfortably, safely, and on time is a basic business necessity. It’s the right thing every owner should do.”

A Rebound in Rebounds

One positive the Liberty could glean from Friday’s loss was that it showed just how far they’ve come in their rebounding endeavors. After losing the battle by 17 in their opening night matchup against the Fever, the Liberty won this one 38-32. Laney fell just short of a double-double with eight, while Kylee Shook had six to go along a career-best 13 points.

“It’s something we’ve been working on from the very beginning,” Whitcomb said of improving their efforts on the glass. “I remember that first game, we got smashed, and it’s been a priority ever since. (Shook) does a really good job of getting in there and boxing out, all of our bigs do. Our guards have done a better job of slashing in and trying to get those boards when there’s a really big post player in there. I thought we’ve done a better job of that.

One familiar problem, however, continued to plague the Liberty. Comeback efforts, which came as close as six in the fourth quarter, were stifled by 20 turnovers. In contrast, they forced only eight from Indiana.

A Betnijah Laney revenge game perhaps accounts for half of the Liberty’s schedule, but certainly no one associated with the seafoam and black finds fault in that. Laney got off to a strong start, scoring 13 points in the opening frame before the Fever cracked down on her, forcing her into an 8-of-21 night from the floor. She was also responsible for seven turnovers, followed closely by Sabrina Ionescu with six.

Most of Laney’s shots, when she was faced with relentless pressure at the top of the key, came when the Liberty were trying to muster their comeback. Hopkins said this was no coincidence and shows that she’s not only a WNBA All-Star, but the Liberty’s primary star and primary firestarter as well.

“That’s usually our choice as coaches, to try to get the ball to Betnijah,” Hopkins said. “It was working early in the game, along with getting stops and getting out in pick and roll. Unfortunately, not a lot was working after that first quarter. There weren’t really a lot of options.”

On a brighter note, the Liberty received some welcome news prior to taking the floor: the WNBA announced on Friday that Whitcomb, the league leader in successfully sunk triples (55) would be one of four contestants in the league’s three-point contest to be held during the All-Star festivities in Las Vegas on Wednesday. That, alas, had no effect on the Fever, who held her to 2-of-7 from the outside.

Though the Liberty were limited to eight dressed players, with Bec Allen having reported to Australia’s Olympic camp, they had an old friend along for the ride in the form of injured sophomore Jocelyn Willoughby. The visit to Indiana was Willoughby’s first road trip of the season, though she has been a constant presence on the New York bench at Barclays.

Asked about Willoughby’s presence during the pregame, Hopkins revealed that she was set to be a starting-five staple before a torn Achilles tendon prematurely ended her year.

“I wish you all could have seen the growth that had occurred in the offseason for her,” Hopkins told reporters. “It’s been a blow, I think a blow that hasn’t been talked about enough, in terms of the impact Jocelyn can have on our team. Not just what she can do on the court, which has grown tremendously, but also things (off the court) that she still does. She’s a leader.”

Up Next: Safely home, the Liberty will conclude their pre-Olympic slate with a Sunday afternoon showdown with the Connecticut Sun (2 p.m. ET, YES/ESPN3). Connecticut (13-6), who won the first meeting by 21 in Uncasville on June 5, clinched a spot in the inaugural Commissioner’s Cup final with an 84-72 win over Atlanta on Friday night. They’ll battle Seattle for a $500,000 prize on August 12, the WNBA’s first game back from the Tokyo break. 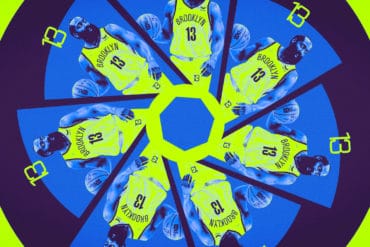 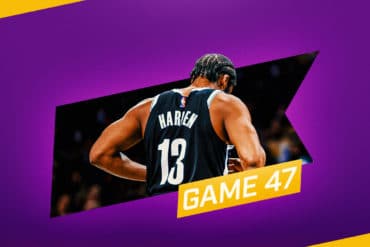 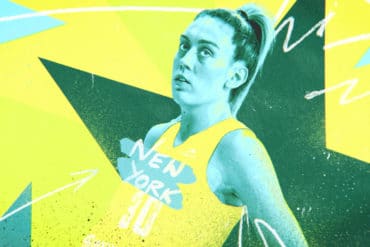 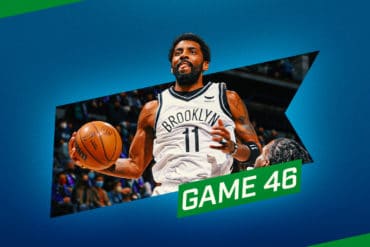 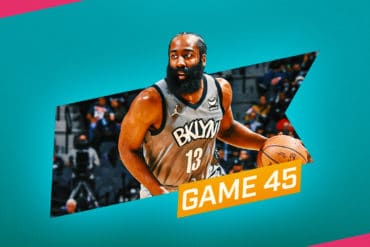