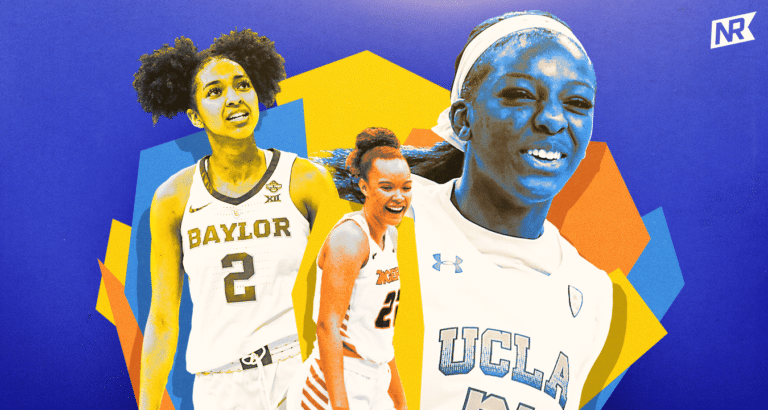 The 2021 WNBA Draft is now in the rearview mirror. The New York Liberty drafted Michaela Onyenwere. The Dallas Wings used the first overall pick on Charli Collier. Lots of weird things happened after that.

So, now that we know which players have landed in New York, let’s talk about what those players will be bringing to the floor for this team, with the acknowledgement that only first-round pick Onyenwere feels like a lock to make the final roster.

Well, this was a surprise. Arella Guirantes was still on the board when New York was on the clock during Thursday’s WNBA Draft and I really thought they’d look at the combo guard. But the Liberty need someone who can be that small ball four while also giving you good minutes at the three in Walt Hopkins’ offensive system, so they grabbed UCLA product Michaela Onyenwere. I identified Onyenwere as a potential second-round target last week.

I’m not going to lie here: I was initially disappointed by this pick, largely because I had my heart set on Guirantes or, if not her, on the team grabbing Natasha Mack to play the five or Jasmine Walker to provide shooting at the four.

But Onyenwere is just an incredible athlete and someone who Walt Hopkins says can immediately help defensively:

I don’t doubt this!

Her defensive metrics don’t pop out on paper — a 2.2 percent steal rate (58th percentile) and 1.6 percent block rate (66th percentile) — but she crashed the boards and can be a multi-positional defender for the Liberty. I’m super excited by this team’s potential on that end of the floor, and Onyenwere should be able to switch onto most players. With her, Natasha Howard, and Betnijah Laney in the frontcourt, opposing teams will have a lot of trouble scoring, even if the Liberty left Thursday’s draft without adding another big to roster. With how things currently look, I’d expect Howard to spend most of her time at the five, creating a defense that might not have height, but that does have speed and versatility.

My questions about Onyenwere are on offense. We know Hopkins wants this team to shoot the ball a lot. How comfortable are we that Onyenwere can do that?

The talent is here. The athleticism is here. The offensive fit is far from perfect, but shooting is one of those things you can fix. If New York can fix that, then all the other good things she brings to the table will be magnified. This could be a great pick. I’m still not sure it was the WNBA Draft pick I would have made, but I don’t get paid to make decisions for a professional basketball team, and it’s clear this team is making moves that focus on defense. This is a smart front office, so I feel pretty confident this will work out.

This is an interesting pick.

Depending on European arrivals and how training camp goes, DiDi Richards could wind up on the opening day roster for the Liberty. If she does, she’ll bring them some elite-level defense.

I’ve covered Richards at Baylor for the last two years for Dave Campbell’s Texas Basketball, so I think I’ve got a pretty good idea of her strengths and weaknesses. Those strengths play into what New York wants to do, but those weaknesses seem to be a little antithetical to this team’s offensive philosophy.

Let’s start with the good: defense.

Richards was, in my estimation, the best perimeter defender in college basketball. She held her matchups to 26 percent shooting as a junior and while that number went up last season, Richards wasn’t really her full self for a good piece of the year as she recovered from a spinal injury that left her briefly paralyzed.

Richards can stop anyone. Baylor would put her on Charli Collier. They’d put her on Ashley Joens. They’d put her on a team’s best perimeter player. She’d be asked to basically do anything on that end of the floor and her response would be to do that thing at a very high level.

The bigger questions — like with Onyenewere — come on offense.

First, the good stuff on offense: Richards isn’t a point guard, but she was forced to play the position last year because Baylor needed her to. She responded by averaging 6.3 assists per game with a 98th percentile assist to turnover ratio.

New York has a need at point guard. As weird as it seems, Richards could fill that need as a backup ball-handler without actually being a natural point guard. Think of what Jazmine Jones did last year when injuries led her to playing the one.

The problem with Richards is that her shooting is a question mark. She didn’t attempt a three last season. Her jumper doesn’t always pass the eye test, coming out of her hands just a little slow. But even though she struggled some in the half court, if we take her lack of threes out of the equation, we get some good numbers on jumpers inside the arc: 61st percentile in points per possession on short jumpers and 74th on medium ones. The lack of threes meant overall she was in the 44th percentile in PPP on half-court jumpers, but I think it’s clear that there’s some shooting upside here. Will she realize that upside in this Liberty system? We’ll have to see. But at pick 17, this is a good player to take a swing at.

The chances that either third round pick in this year’s WNBA Draft makes this team are slim, as there’s just not a ton of room on this roster. But, both players are intriguing.

Last season, Higgins averaged 16.5 points and 7.5 rebounds per game. She was one of the best rebounding guards in the country, in part because she’s 6-1. She also averaged 3.8 steals per game. Her numbers are really, really good.

But she’s another player whose deep game isn’t necessarily there. How many defense-first players can break onto this 2021 roster?

Still, Higgins is intriguing. She didn’t play against the best competition, but the WCC isn’t a bad conference by any means, and while she struggled against Stanford and LSU in non-conference play, she had some explosive showings down the stretch. It’ll be nice to see what Higgins does in training camp and if she pops back up for future Liberty training camps.

I will not pretend to know much about Marine Fauthoux. I don’t follow international hoops nearly as much as college basketball. What I do know is that this feels like a stash move, as Fauthoux is just 20 years old and will almost certainly spend more time in Europe.

How accurate is this? I can’t really tell you! But if New York needs point guard depth in a few years, Fauthoux could be someone who pops back up on the team’s radar.