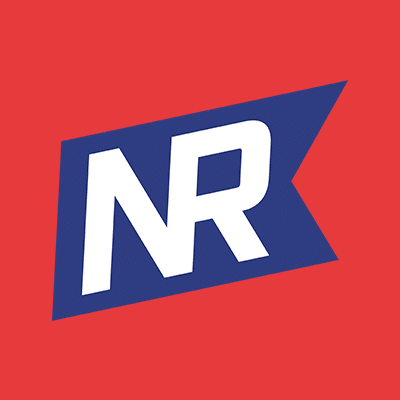 Fresh off a disappointing loss to a short-handed Grizzlies team, the Nets traveled to South Beach to take on a sputtering Heat team. In what could be a potential playoff preview, the Nets showed they are indeed a team to be feared in the East.

Although this technically wasn’t a wire-to-wire win, it sure felt like it. After trailing by eight points early in the first, the Nets went on a 20-10 run to end the opening frame. Kevin Durant (23 PTS, 5 AST, 3 STL) led the scoring charge to open the game, tallying nine first-quarter points. Nic Claxton also provided some strong minutes in the first, especially on defense, as he recorded a few blocks–including a ferocious one to end the first.

The second quarter is where Brooklyn started to turn up the Heat (pun intended), specifically on the defensive end. Quick hands and solid shot contests led to steals and transition opportunities, one of which resulted in a thunderous Claxton alley-oop slam.

In fact, defense was the theme of the night for the Nets as they recorded a season-high in both steals (17) and forced turnovers (24). Steve Nash’s bunch also cashed in on Miami’s giveaways, scoring an impressive 40 points off turnovers–something that had not been accomplished by the franchise since 2002.

The Heat are not exactly loaded with offensive juggernauts, and it is worth noting that they were without coach Eric Spoelstra due to personal reasons. However, they still have some capable scorers, and to hold one of the top teams in the East to just 46 first-half points on 39% shooting is pretty darn good. For the game, the Nets held Jimmy Butler to just seven points and Tyler Herro to 13.

The third quarter is really where the Nets put the game out of reach. After ending the first half on a 20-6 run, Brooklyn blitzed Miami with a 24-11 run to start the second half. Before you knew it, the lead was up to 37 and the guys were having fun. Seth Curry (17 points) was raining threes, Claxton continued to catch lobs and Andre Drummond even gave us his best Tyreek Hill impression.

By the time the fourth quarter rolled around, this one was a wrap. The final score of 110-95 was not indicative of the game; although a 15-point win is nothing to scoff at, the Nets simply overpowered the Heat in this one. The fact that Brooklyn went scoreless for nearly seven minutes in the fourth and only scored 14 in the frame says all fans need to know about the utter domination in the first three quarters.

Every game for Brooklyn is a must-win at this point, but this was a much-needed statement win–a victory against one of the top teams in the East and someone the Nets could see down the road in the playoffs. And the fact that the Nets were able to crush the Heat without a big performance from the 7/11 duo is key, too. Durant only scored 23 points, 19 of which came in the first half. Outside of a hot second quarter, Kyrie Irving was almost non-existent, finishing with just 11 points.

You can see how valuable guys like Goran Dragic and Curry are to this team as their contributions helped ease the load off of the stars. Having another ballhandler on the team allows Irving to play off-ball where he is most deadly. The three-guard lineup is something Nash went to in this one with very good results.

Up next for Brooklyn is the Charlotte Hornets, the team hot on the Nets’ heels in the standings. It’ll also mark the first time Irving will suit up for Brooklyn at Barclays Center this season.