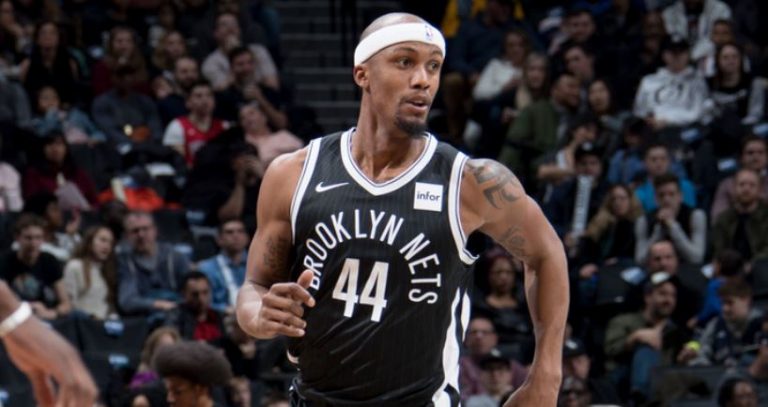 The Brooklyn Nets’ hunt for a win continues on Monday night against the Chicago Bulls. It’s a search that’s been laborious to spectate, with nine of their last 10 contests resulting in a loss. There aren’t many silver linings for Brooklyn, but the Bulls haven’t been much better over the same stretch.

They’ve mustered just two wins. Oddly enough, it’s difficult to talk about either team being the worst int he NBA. It’s close, but beating out the Phoenix Suns or Memphis Grizzlies is difficult.

Brooklyn and Chicago both boast a net rating of minus-10.4 during their last 10 games. By no means is that a pretty number. However, Phoenix, Memphis and the New York Knicks are all lower. As bad as these teams may be, both have a bunch of young players who a joy to watch.

We’ve seen it all season long from Brooklyn, but Chicago has seen Lauri Markkanen and Kris Dunn play well for most of the season. Additionally, they’ve gotten high-flyer Zach LaVine back from injury, and he’s beginning to return to his old form.

Almost every player on the Nets has a perpetual green light. That’s fine most of the time. What makes this team such a struggle to watch is that their lack of reluctance gets the better of them a lot of the time. It’s not uncommon to see them launch multiple triples without moving the ball, and that’s a dangerous strategy made worse when there’s no backup plan.

The odds of Brooklyn falling into that trap are high against Chicago because, for the year, the Bulls allow 31.3 threes a night, the third-highest mark in the NBA. They allow 36.7 percent of those attempts to fall.

The term “bad shot” is subjective. Your definition could be different from mine. There are some shots that, for example, Allen Crabbe can get away with that Quincy Acy can’t, and you’d much rather the latter recognizing that he’s sharing the floor with a deadlier sniper which would lead to him making the extra pass if it’s there.

The numbers support this. Crabbe, in his last 10, is shooting 38.8 percent from three on 8.5 attempts. Acy is 30.8 percent on 4.9 attempts. That’s just a microcosm of their issues.

Give Dante Cunningham A Longer Leash

Recency bias is a powerful thing. Right after the All-Star Break, newly-acquired Dante Cunningham torched the Charlotte Hornets with 21 points and 10 boards. Those numbers were empty, unfortunately. There is still hope for him being an impact player, and the Nets don’t have much to lose because they have some minutes left to allocate as they await Rondae Hollis-Jefferson‘s return to full strength.

In that game against Charlotte, Cunningham went 4-of-7 from three, raising his clip with Brooklyn to 40.0 percent. He, however, should see a few extra shots following that recent performance. Leading up to the last outing, Cunningham had gotten just three attempts from downtown.

The other reason he should receive more time is that he’s, statistically, the most efficient defender Brooklyn has. In four contests, Cunningham has maintained a defensive rating of 103.9, tying him with Isaiah Whitehead for the lowest on the team. The next closest is Nik Stauskas at 110.4. Against the Bulls, in particular, Cunningham could help keep Zach LaVine or even Bobby Portis from killing them on multiple possessions.

History: Brooklyn and Chicago have met 163 times in the regular season with the Bulls holding a commanding 92-71 series lead.

Odds: Brooklyn is a three-point favorite, and the over/under is 217.5.