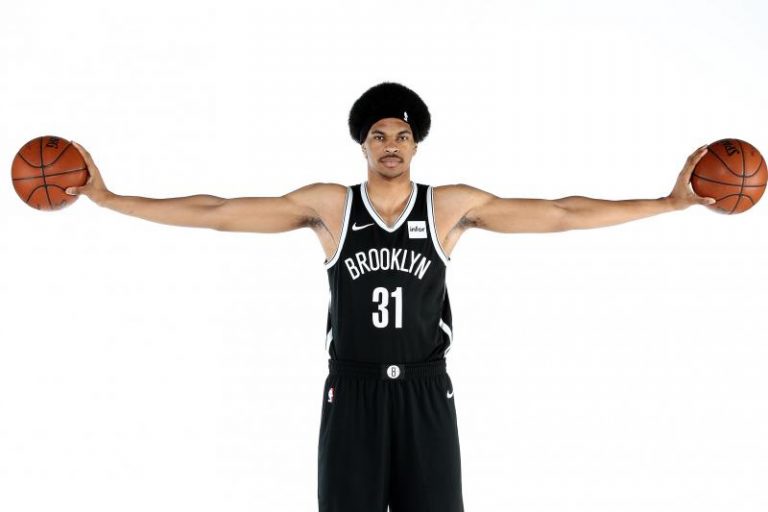 Mid-Season Review: Rookie Jarrett Allen Could be the Nets’ Big of the Future

The Brooklyn Nets potentially have their center of the future in Jarrett Allen.

Jarrett Allen is a tad bit undersized for the center position, standing at just 6’9 without shoes. Allen makes up for his lack of height with a 7’5 wingspan combined with gigantic hands which allows him to easily palm the ball and athleticism enabling him to be a consistent finisher around the rim.

The center spent one season at the University of Texas (11-22). In spite of the losing season, scouts saw potential in the former Longhorn and Allen was drafted in the first round of the 2017 NBA draft by Brooklyn with the 22nd pick.

When the Nets’ 2017-2018 NBA season comes to a close, Allen will have just recently turned 20-years-old, meaning he has plenty of time to develop and become a starting caliber NBA center for Brooklyn.

Transition from College to NBA: 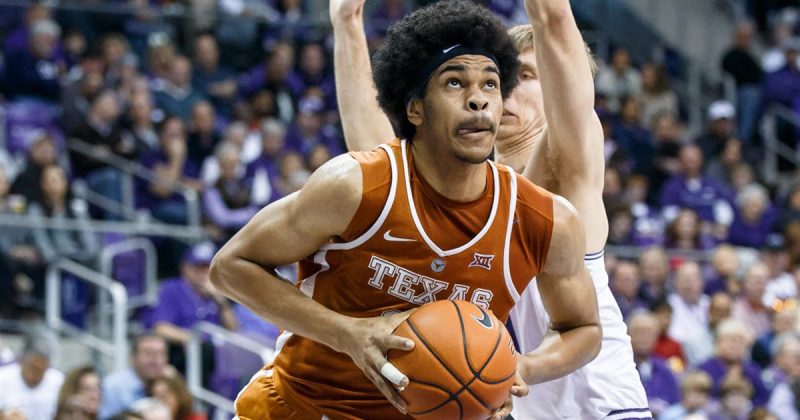 With the Nets, Jarrett Allen’s number have been consistent with his production at Texas on a per minute basis. The center averaged 32.2 minutes per game in college, scoring 13.4 points and grabbing 8.4 rebounds per contest and also made the Big 12’s All-Rookie team along with the conference’s All-Conference Third Team.

In Brooklyn, Allen’s number have been cut in half. He’s averaging 17.1 minutes per game while scoring 6.2 points and pulling down 4.6 rebounds per contest.

The difference between the college and NBA level of play obviously has had some impact on Allen’s numbers being lower than college. But, one could assume that an uptick in minutes would also result in an uptick in production similar to the numbers that he posted at Texas.

One of the biggest ways that Allen has already improved since leaving Texas is his free throw shooting. At Texas, Allen shot 56.4 percent (84 of 149) from the charity stripe on 4.6 attempts per game. With the Nets, Allen is attempting less free throws per game (1.6) but the center has increased his free throw percentage to 73.0 percent (43 of 63) with a fairly large sample size.

Finishing Around the Rim:

Finishing at the bucket was one of Allen’s strengths at Texas and is a skill of his that has translated to the NBA level nicely. In college, Allen converted around the rim at a rate of 68 percent and with the Nets the center is still converting at a high rate of 64 percent (87 of 136).

The former Longhorn’s length gives him an advantage around the basket as he can stretch to finish around or over his defender, which Allen has done many times this season. In the clip above, Allen showcases his athleticism and lengthy wingspan as he bounces into the air like a pogo-stick and stretches over a helpless Jonas Valančiūnas to throw down the one-handed and-one jam.

When Allen goes up strong and attempts to dunk, the center is finishing at an excellent rate of 83.6 percent. Where Allen can still improve is on shots where there is a defender in the way and he isn’t able to go over or around them. On layup attempts, which also include attempted tip-ins,

Jarrett Allen is only shooting 38.7 percent (24 of 62) and has also been blocked when attempting a layup 20 times.

Another reason that Allen is shooting so well around the basket is the combination soft touch and the good footwork he has. When Allen catches the ball in the post, his go-to move seems to be a quick one dribble hook shot with either hands.

On hook shots this season, Allen has been shooting 48 percent (12 of 25) which is a decent rate for a rookie going against more seasoned defenders. The center also finishes over defenders with quick floaters that allow him to get the ball up and towards the rim before the defender has the chance to react.

Allen’s rim-protecting is insanely fun to watch, even though the rookie has been on the receiving end of a few highlight plays this season. However, the fact that he’s not scared to get dunked on means that he will attempt to defend almost every shot at the rim, which often results in some huge blocks.

Jarrett Allen is holding opponents to 51. 5 percent shooting at the rim, nearly ten percent worse than the year average. Allen has excelled as a help defender, rotating over to aid his teammates when they’ve gotten beat off the dribble.

In the play below, Allen rotates over to contest Carmelo Anthony at the rim on a play where most big men would lazily stand and allow Anthony to get a wide open dunk. Instead, Allen meets Anthony at the rim and pulverizes his two-handed dunk attempt.

Jarrett Allen’s rebounding percentage of 14.1 percent doesn’t exactly pop off of the page when you read over it, but it also doesn’t tell the full story. That percentage ranks him at 112th in the league in rebounding percentage, right behind Marc Gasol (14.3 percent) and ahead of Draymond Green (13.6 percent).

Allen’s long arms and a standing reach of 9’1 allow him to stretch above defenders on the glass. The rookie seems to have an innate ability to put himself in the perfect spots to grab easy rebounds.

In the above clip, Allen missed the left-handed hook shot against Nikola Jokic and it hangs on the rim momentarily. Allen jumps another time to try and grab the rebound, but it still hasn’t come down yet so he should be out of luck. In spite of this, his long arms and quick vertical allow him to jump three consecutive times and he eventually is able to tip-in the rebound over an outstretched Jokic.

Once his frame fills in a little bit more and he has more weight to throw around, Allen could turn into a rebounding beast on both ends of the floor.

One of the most exciting things about Jarrett Allen is his jump-shot. At Texas, he performed horribly on jump-shots and no one expected he would be able to become a reliable shooter at the NBA level. However, Allen has shown a ton of potential with his shooting this season.

His improved free throw percentage was already touched on above, but what Nets fans should be getting excited about is the rookie’s three-point shot. Allen is shooting 42.7 percent from three, granted he’s only taken seven (one was a half-court attempt) shots from deep and made three of them, which is more than you would expect for your first-year-center.

And, these three-point makes aren’t just flukes, Allen’s shot is looking increasingly better with every in-game attempt that he takes. Two of Allen’s makes have come from the left corner (he’s two of four on such shots) and the third is a corner three from the right side of the court (he’s one for one in the right corner).

In Brooklyn’s recent loss to the Oklahoma City Thunder, Allen hit a huge three with just over three and a half minutes left that had more of an impact than just three points on the scoreboard. Firstly, Allen’s shot looked beautiful on that attempt and it would be interesting to see what kind of shooting numbers he could put up if he started taking one or two corner threes per game.

Thunder center Steven Adams, one of the best big man defenders in the league, stays in the paint to help Carmelo Anthony on a driving Rondae Hollis-Jefferson and Allen leaks out to the left corner. Hollis-Jefferson makes a beautiful pass to the corner. Jarrett Allen flawless and confidently coverts on the catch-and-shoot three-pointer with Adams running out to contest.

Later in the game, with the game on the line, Spencer Dinwiddie drives to his left and blows by Carmelo Anthony on a drive to the basket. Usually, like in the play above, Adams would rotate over to help Anthony with the driver but since Allen had just made a three-pointer minutes before, Adams stays out with Allen and Dinwiddie gets to the rim and coverts around Andre Roberson to put the Nets up by one.

Jarrett Allen is still under 20-years-old and as expected, still has flaws in his game. As time progresses, Allen will continue to get better and better as he irons out the kinks in his game.

In a few seasons, Allen could become an improved version of former Brooklyn center Brook Lopez, a hybrid center that can stretch the floor on offense while providing the team with valuable rim protection on the defensive end of the court.