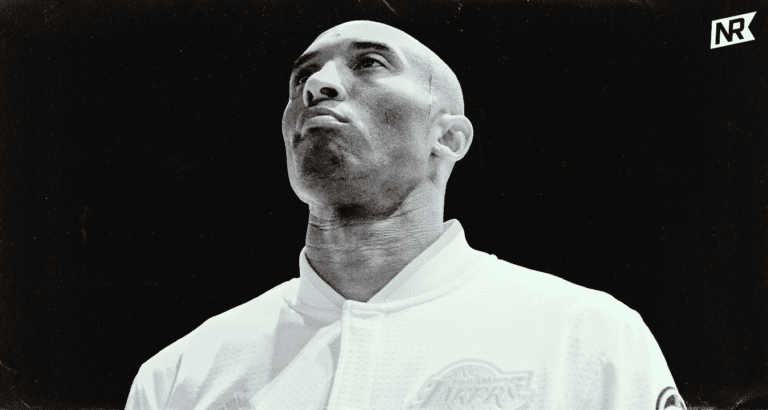 Kobe Bryant: A Man Who Transcended Basketball and Culture

A year after his tragic passing, along with his daughter Gigi and seven others, we reflect on the man that Kobe Bryant was and his everlasting legacy.

“At 6-foot-6, from Lower Merion High School, Kobe Bryant” … were words that were echoed in NBA arenas on a nightly basis. On a nightly basis, basketball fans around the world would tune in to witness Kobe; showing hustle, scoring ability, giving his heart to a game he dearly loved. Brooklyn Nets fans can easily, but painfully, remember how Kobe and his superstar center Shaquille O’Neal comfortably swept the then-New Jersey Nets in the 2002 Finals for the legendary three-peat.

However, for all the wide-ranging emotions that he provided for his play on the court, Kobe was more than that. Kobe was a man whose larger-than-life aura captivated everyone’s attention, and his never-ending persistence provided inspiration and achievements beyond basketball. It has been a year since Kobe, his daughter Gianna, as well as seven others tragically passed away in a helicopter accident. As many continue to mourn together, I want to reflect and honor the man who did so much in his limited time on Earth.

Kobe Bryant was one of, if not the biggest, reason why I, and many others, started to watch and enjoy the game of basketball. In his twenty-year career, practically my entire childhood and growth, Kobe would always be on television. I remember his masterful 81-point performance in a win versus the Toronto Raptors vividly — a game where he had no other choice but to do it all himself and willed the victory at any cost necessary. I remember seeing him lose to the Celtics in 2008, only to go on a mission and win back-to-back in 2009 and 2010, beating the Orlando Magic and getting revenge on the Lakers’ cross-conference rival. One could also never forget his final game as a player. When his body had finally given up and it was time to hang up the shoes, Kobe gave us one more 60 point performance in his finale versus the Utah Jazz.

The ease Kobe had shooting the basketball, especially that signature turnaround fadeaway jumper was beautiful to watch. Bryant’s play made him not only easy to like, but easily be your favorite player in the league. His signature move inspired many, including me, to copy every detail of his move, and iconically echo “Kobe!” as crumpled pieces of paper were shot into the trash can. His performances surged his popularity to a global scale, as his fans worshipped him wherever he went, to the point that Olympic basketball players would ask for his autograph at the end of the game.

However, Kobe wasn’t just an inspiration for those who watched the game. Kobe inspired today’s generation of stars just like how Michael Jordan inspired Kobe. If you watch closely, your favorite player probably does some of Kobe’s moves, whether it’s his handles, signature fade away, or how he finished around the rim. Heck, many players wear his signature shoes! Players of all ages, from Lebron James to Trae Young were at some point mentored by Bryant himself, whether it was being a teammate of his, his opponent, or having Kobe watch them from courtside seats.

Yet, the one player he built a strong mentor-mentee relationship with was Brooklyn Nets’ own, Kyrie Irving. Kobe and Kyrie’s relationship started back in Team USA training camp in 2012 — where on video — Kyrie challenged and asserted that he could be Kobe one-on-one. The rest is history. When Irving was still with the Cleveland Cavaliers, it was Bryant who gave him advice that helped Irving ultimately lead the Cavaliers alongside Lebron James complete the legendary 3-1 series comeback to win the NBA Finals in 2016.

For all of his basketball accolades and mentorship, Kobe brought his work ethic and inspiration off the court well. “Mamba Mentality” it was dubbed, to continuously strive to be greater than you were the day before, was emphasized not to only apply to basketball, but in your daily life as well. After his retirement, Kobe went to Hollywood, as he helped create and narrate his short film Dear Basketball which was based on his Player’s Tribune article. Bryant’s film would win an Oscar in the Best Animated Short Film category.

It was during his retirement, however, we truly got to see the man that Kobe was. Even in his celebrity status, he’d live a regular life, going to church, and even directing traffic during a car accident. We’ll always remember how much of a family man he was, a great husband to Vanessa, and a girl dad to Bianka, Gianna, Natalia, and Capri. Famously, we saw Kobe coach his daughter in basketball, as well as creating and coaching the team she played on. Kobe taught her everything he did, and it showed, as Gigi looked like an up-and-coming star. Bryant would also take her to NBA games, having her meet the stars, as well as using it all as a teaching moment. But beyond that, these moments we see on our screen are just a father and daughter spending quality time and having fun with each other. Kobe was also a huge advocate for women’s sports, especially the WNBA. Kobe made it known that viewers shouldn’t ignore the WNBA, as they play great basketball just like the men.

The legacy of Kobe Bryant will always be legendary and eternal. One can never talk about basketball without talking about Kobe. The hall of famer will go down as one of the best to ever play the game he loved and gave his all to. Bryant inspired a generation of hoopers, from those in the league to those who play recreationally. His Mamba Mentality provided a template for many on how to grow in life. Kobe’s imprint on culture will never be forgotten either. Bryant was a role model and icon to many, and that even though he may have left Earth at the young age of 41, Kobe will forever live in our hearts.