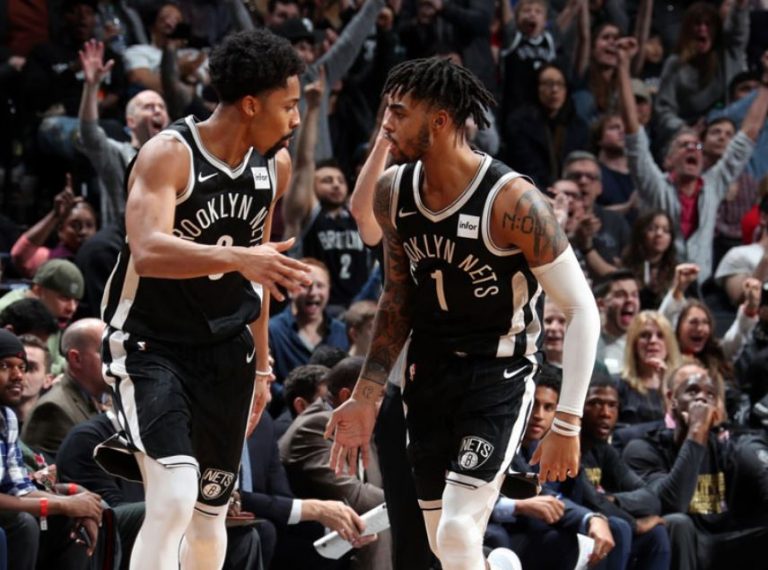 How To Net The Win: Brooklyn Nets at Charlotte Hornets 2-22-18

Basketball. Is. Back! The last week has been stressful. Sure, we had All-Star Weekend, but that doesn’t compete with the nightly competitiveness gifted to us leading up to and after the break. And that feeling has only multiplied over the last three days when there has been no basketball at all.

The Brooklyn Nets will be one of six games on Thursday night which effectively kicks off the second half of the season. Spencer Dinwiddie, the most skilled player in the league according to Taco Bell, will lead his team into battle against the Charlotte Hornets in what is the first of three meetings over the next month.

Brooklyn, above all else, wants to get out of their slump. They lost seven games heading into the break and are just 1-9 in their last 10. They’ve slipped to 13th in the conference, and their 19 wins are only one more than the rest of the league’s bottom dweller. This game against Charlotte, however, is entirely winnable given how they’ve underperformed throughout the season.

Worry About Everyone Not Named Kemba Walker

Kemba Walker, the 27-year-old New York City native, made his second-straight All-Star team and is bringing averages of 22.9 points and 5.8 assists into Thursday night. His supporting cast is significantly weaker than he is. Charlotte has a bench that produces 36.1 points a night but shoots just 40.8 percent from the field overall, and that drops to 34.2 percent when stretched out to three. Most of that scoring is courtesy of Jeremy Lamb (13.5 points).

The Hornets are an average offense who are hurting because Nicolas Batum isn’t the dynamic playmaker he used to be, a skillset that greatly benefitted Walker. Because of that, the team has issues producing offense when Kemba’s shots aren’t falling or he’s stuck on the bench; according to Basketball Reference, Charlotte’s offensive rating sinks by 12.4 points per 100 possessions when Walker isn’t on the floor (99.4 from 111.8). Brooklyn has been hot and cold in recent weeks, and the Hornets defense isn’t stingy enough to give them massive headaches. Kemba Walker should be their biggest priority because he winds up carrying the offense on most nights.

Keep The Pace Slow As Molasses

Brooklyn has experimented with varying paces this season. Running up and down is better for their offense while staying slow is detrimental. On the flip side, they play better on the defensive end when the game isn’t so erratic. Charlotte, in their last 10 games, has an average pace of 96.64 possessions in their losses compared to 100.53 when they win. Furthermore, they boast a net rating of minus-12.2 in those games.

This point is directly related to the one above it. Smaller guards like Kemba Walker are at their best when the game is uptempo because it’s tougher for defenses to contain him; once everything slows, opponents can throw multiple guys in his direction. That’s also made possible by the lack of production from those around him. While the Nets shouldn’t exert too much energy keeping Walker in check — as long as the rest is diverted to his help — it won’t hurt to dictate the pace and keep him at a disadvantage.

History: The Nets and Hornets have had 101 head-to-head meetings, with Brooklyn boasting a record of 53-48.