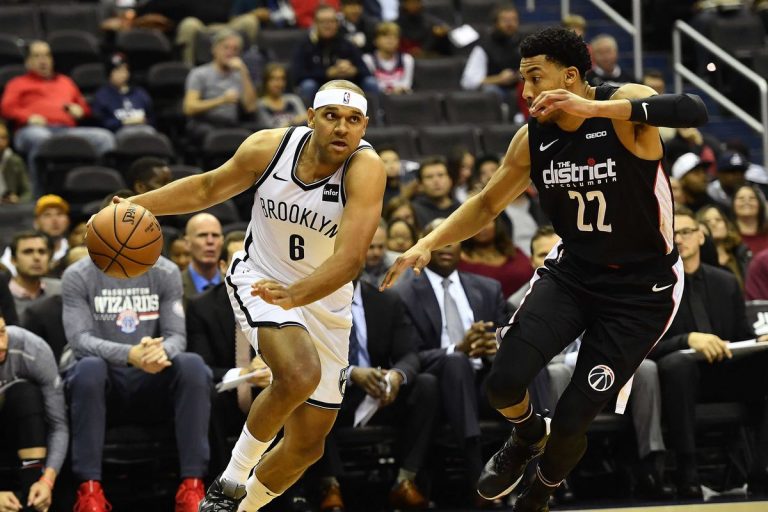 The Nets ended their losing streak with an emphatic win over the struggling Washington Wizards. Despite some sloppiness on both ends, early Brooklyn got it together on both ends with huge contributions from D’Angelo Russell (23 points, 3 rebounds, 6 assists, 2 steals) and Spencer Dinwiddie (25 points, 4 rebounds, 8 assists, 3 steals). Jarrett Allen posted another double and double and provided some crucial rim protection. Here’s how it all unfolded.