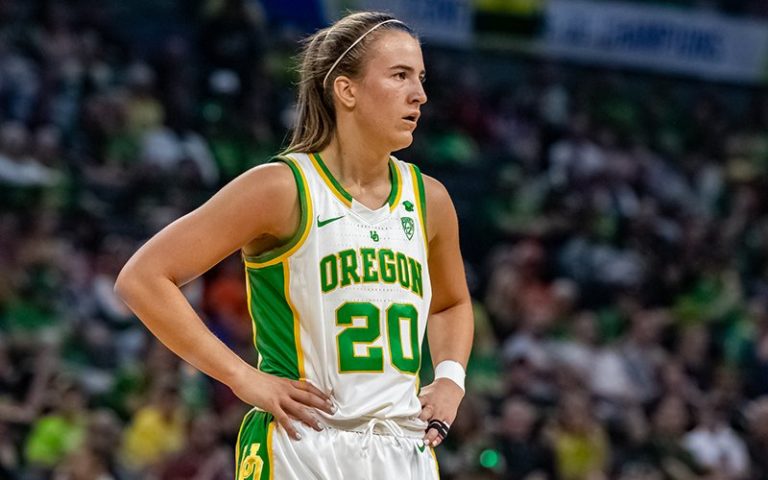 On Friday night, the WNBA Draft was held, with the New York Liberty ending the night with six of the first 15 players selected.

We’ll have longer reactions and analysis of all of New York’s draftees in the coming weeks, but for now, here are a few paragraphs on each of the players that the Liberty selected on Friday.

We all knew this was going to happen, and so much of the sports media had basically done away with any of the usual hedging that comes with a draft. From the moment Sabrina Ionescu returned to school for her senior year, the assumption was that whoever picked first this year would take the Ducks star. And from the moment the Liberty won the draft lottery, the hype about bringing Ionescu to Brooklyn began.

Ionescu’s not guaranteed to be the league’s next superstar, and there are valid concerns that she might struggle early on against the more athletic guards in the WNBA. But Ionescu is a lights-out shooter and one of the most creative passers there is, and she’s exactly what the Liberty need on this team.

We don’t know if Ionescu will start immediately or if the team will go with veteran point guard Layshia Clarendon, but Ionescu will be a huge part of this team from the start.

While much of the talk about what New York needed was centered around bigs, at nine they took the best talent available in UConn’s Megan Walker.

New head coach Walt Hopkins reportedly wants shooting, and Walker brings shooting. She helps with the team’s spacing, giving Sabrina Ionescu someone to feed the ball to out on the perimeter. I wonder if the Liberty intend to go smaller, with Walker and Rebecca Allen spending a lot of time at the four.

After acquiring Shatori Walker-Kimbrough in the Tina Charles deal, the Liberty sent her to Phoenix after the draft for this choice.

And this is a really interesting one! Willoughby is another good shooting wing who can defend multiple positions, and her versatility will come in handy on this Liberty team. She can get to the line and plays physically, and I knew she’d go higher than I projected her in my mock. This is a good get, especially when the price was a guard who might not be in the rotation.

This pick shocked me.

If you read my mock, I had Jones going in the third round, but New York liked Asia Durr‘s former college teammate enough to take her 12th. I don’t really know what the Liberty picked a guard for here, unless the reason is that they intend to move on from Brittany Boyd and wanted someone who could play defense and pass the ball. Jones can do those things, but on a team that’s already so guard heavy, it’d be hard for her to have much of a role. She did shoot pretty well this past season, but again, this team has so many guards.

Could Jones end up traded? Don’t forget that Rebecca Lobo said on air after the Megan Walker pick to look for a trade.

While 13 feels high for Shook, she is someone I thought New York should target later in this draft.

Shook can block shots and hit threes, making 36.8% of her attempts last year. Her ability to be a stretchable five makes sense for a team that already uses one stretchable five in Amanda Zahui B. and while her selection doesn’t really address the need for a big who sticks herself down on the block on offense, she fits the direction this team is trending in.

Odom is definitely a potential pick. Her lack of a presence behind the arc isn’t great for a three, though her athleticism is something that should give her a chance of making it in this league at some point, even if it doesn’t turn out to be right now. The talent is there; I just don’t know about the fit with this particular team since Walt Hopkins has reportedly been preaching the three-ball.