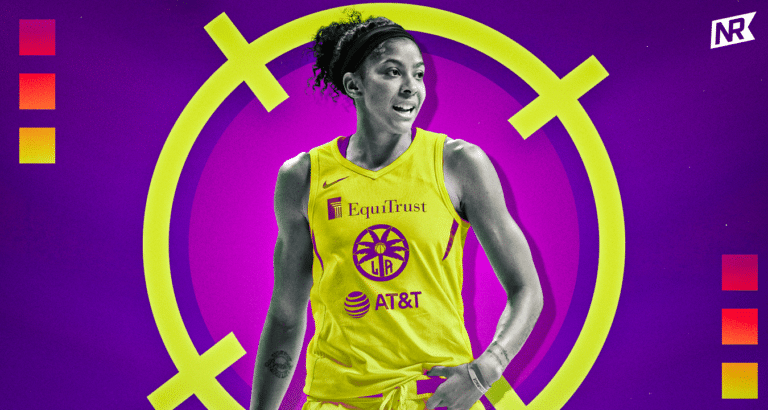 What is the WNBA Core Rule?

With the WNBA’s free agency period less than a month away, the hype is real, with fans and analysts already speculating and arguing on who’s moving, who’s staying, and which free agents are the best fit for their team. In the midst of these conversations, it’s important to understand the unique rules that govern WNBA free agency. One such rule is the Core Designation:

The core designation, or core rule, allows WNBA teams to mark one of their unrestricted free agents as a member of the team’s “core”, or, to designate that free agent as a player who is integral to the team’s success, play style, identity, and brand. A free agent designated using the ‘core’ rule effectively has their ‘unrestricted’ status revoked, giving their team exclusive rights to negotiate a new contract with them.

Any player given the core designation is automatically offered a one year, super-max offer per the terms of the WNBA’s collective bargaining agreement, though the player and team is of course free to negotiate a long-term contract instead if both parties see fit. A core-designated player has the right to veto any trade she’s involved in before signing her new contract, after being cored. This gives the core player some degree of control over where she ends up in the event of a ‘break-up’ between her and the team.

There are, of course, some restrictions on team’s use of the core designation. Teams can only ‘core’ one player per free agency period, for example. Likewise, a given player can only be ‘cored’ three times throughout their career, regardless of if she’s being designated by the same team three times, or by three different teams. For example, DeWanna Bonner and Tina Charles were both designated as core players three times by the Phoenix Mercury and New York Liberty, respectively. This means neither Bonner nor Charles can be ‘cored’ again at any point in the future, even though they are both no longer with those teams.

Why does the WNBA’s Core Designation exist?

The core rule, like restricted free agency, exists to protect franchises from losing their most prized players to the open market. For the most part, it seems to be in place to protect small market teams from losing their premiere, experienced talent to larger markets, or to would-be superteams.

In most scenarios, a ‘cored’ star ends up working with her team on a sign-and-trade in order to leave for a new team; giving the team losing their core player some compensation for losing their star. This happened just last off-season, with the Dallas Wings receiving three first round picks (two in 2020, one in the upcoming draft) from the Phoenix Mercury in return for star point guard Skylar Diggins-Smith. Diggins-Smith had grown exasperated with her situation in Dallas, and was in a contract year. The Wings were protected in this case from losing their franchise player for nothing, receiving the tools to boost their rebuild in the wake of Diggins-Smith’s departure.

As a still relatively young league, the WNBA has a particularly vested interest in keeping fans of each of its 12 teams happy and loyal. Simply put, the league is invested in making sure none of its franchises are forced to sell, move, or fold. A franchise player leaving can have catastrophic consequences, as it can lead to canceled season tickets and an overall decrease in fan interest. In part, the core rule is designed to protect the league, and each team, from this kind of sudden drop-off by giving them more control over their most valuable assets.

What are the problems with the core rule?

While the core designation does give the WNBA’s franchises more control and security in their future, this does come at a cost. Of course, that cost is at the expense of the WNBA’s players. Inherently, the more control you give teams over their free agents, the less autonomy those free agents have. There is an ethical issue in this inherently, in that WNBA players are people and deserve a degree of control over what team they play for. It’s important to remember in this discussion that the core rule effectively limits a human being’s power in choosing not only their work place, but the city they live in for a chunk of each year.

Moreover, while the core designation is designed to protect the WNBA, to some extent the rule actually holds the league back from putting its best product forward. When compared to other leagues, particularly the NBA, the WNBA has incredibly limited player movement from season-to-season, especially among big names due to the core rule. While it can be argued this keeps the league more balanced, and thus more competitive, the WNBA misses out on the captivating frenzy that a more active free agency brings. It has become clear over the last decade that the average basketball fan engages with free agency as much as (if not more than) they engage with the actual NBA season and playoffs. On the NBA side, free agency is a circus of arguments and theories for fans and the media alike.

The WNBA would benefit tremendously from a free agency frenzy like this, captivating new fans in and keeping existing fans’ attention glued to the league during the offseason. Free agency should be an exciting, chaotic time, with speculation popping off all over the WNBA fandom. While February’s free agency is sure to be exciting, boasting a star-studded class of free agents including Liz Cambage, Emma Meesseman, Candace Parker, Nneka Ogwumike, Alysha Clark and more, it’s hard not to imagine the frenzied free agency period we would have the pleasure of experiencing without the limitations of the core rule.