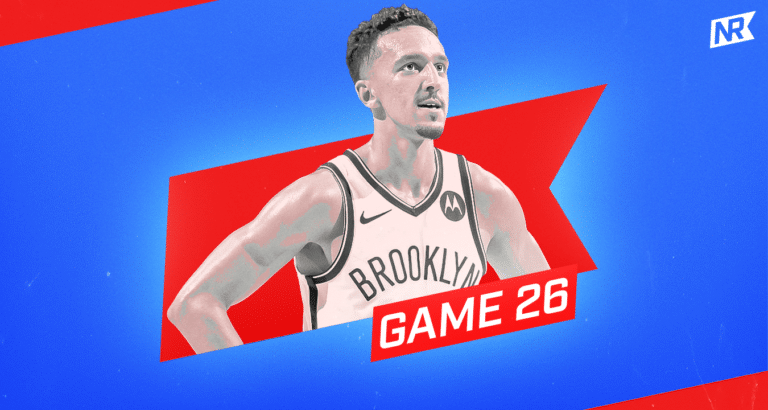 The Brooklyn Nets lost an ugly battle with the Detroit Pistons 122-111 on Tuesday night, which followed a tough loss to the 76ers. Here are the three takeaways.

The Brooklyn Nets knew what they were in for on Tuesday, playing against a team under .500 that would come out hungry and do anything for a win. Well, Detroit was, and the Pistons looked like the better team much of the night. Detroit was led by Jerami Grant and Delon Wright with 32 and 27 points. When the Pistons weren’t shooting, it felt like they were taking the ball right out of the hands of the Nets.

After a meeting, last week head coach Steve Nash told his team that they must do better against the lower-tier teams. Whatever happened after that meeting must have gone over their heads. Brooklyn could use the excuse that Kevin Durant did not play, but that’s not an excuse they should start spreading around. On the offense side of the ball, the Nets have been mostly streaky.

Turnovers And Ball Control Are A Major Concern

This loss highlights all the struggles the Brooklyn Nets are facing. Right now, that list is long, as they’ve struggled with everything from rebounding to defensive stops. They’re also last in the league in field goals percentage. A big factor on Tuesday was not only being able to sustain runs. Poor rebounding led to lots of lost points for Brooklyn. The Nets seem to give up more points than anyone. Last night they gave Detroit their second-biggest win of the season.

Fans know the Nets can score. James Harden had 24 points and 12 assists in 39 minutes. Kyrie Irving added his own 27 points and seven assists in 35 minutes of play. However, when the Nets would get as close as two, they would then go down by fourteen just as fast. The weak defensive side of the ball has been a concern since week two. As the season goes on, hopefully a trade for a defensive player will come soon.

This game was not pretty, but one of the bright sides was the bench. They could not exactly help the starters, but at times — excluding the fourth quarter — they kept the Nets in the game. The bench was led by Landry Shamet‘s 10 points, who continues to improve. It was a just couple of weeks ago that he reportedly said he was working on getting better. Bruce Brown also had a relatively good night. Hopefully, he can build on this.

A successful Brooklyn Nets team is going to need the bench to perform well. If they want to be scary good, then the team may need a pick me up game from the bench sometimes and some solid minutes when the starters rest. While the season is still young, we’re starting to see a few bright sides as mentioned above. Brooklyn also picked up former Chicago Bull Noah Vonleh, who averaged 15 points per game last season. We’ll have to watch to see how Nash works him in the lineup this upcoming week.