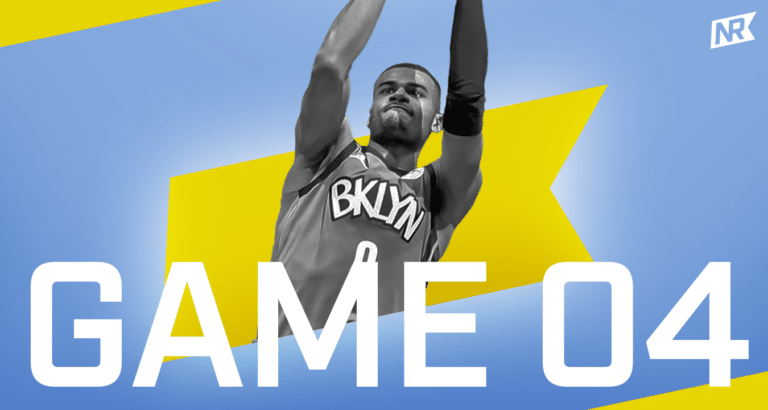 Three Takeaways From the Brooklyn Nets’ Loss to the Memphis Grizzlies

The Brooklyn Nets finished on the losing end of yet another winnable contest, falling to the Memphis Grizzles in overtime. Let’s look at three takeaways from the exhibition.

A depleted Brooklyn Nets squad — an unfortunate ode to last season — went into an uphill battle against the Grizzlies on Monday night, ultimately losing in OT. Both Kyrie Irving and Kevin Durant were ruled out before the game, which is difficult enough to overcome on its own.

However, the most important news of the day was also the most tragic. Before the game, the team announced that Spencer Dinwiddie suffered a partial ACL tear. Dinwiddie will go under the knife for surgery next week, and the timing was particularly somber given that this is a contract year for the 27-year-old.

He has been subjected to constant trade rumors since Kyrie’s first game in Brooklyn, and this injury just makes his future outlook even murkier.

In spite of the difficult circumstances, however, the Nets fought hard and kept the game close after a strong Memphis start gave them a double-digit lead in the first quarter. Brooklyn mounted a comeback in the second quarter but ultimately lost 116-111 in a tightly-contested overtime game (their first overtime game of the season).

This game also acted as a measuring stick, if you will, for the team’s depth. Despite the heartbreaking loss, there were some real positives in this performance. Let’s look at some takeaways from this game.

TLC Shines in Scorching First Half

Timothé Luwawu-Cabarrot started in Kevin Durant’s place in this game after playing a pivotal role in Brooklyn’s near-comeback against Charlotte the night before. “TLC” averaged just seven minutes over the Brooklyn Nets’ first three games — appearing to have taken a step back in the rotation after shining in the Orlando bubble.

After tonight’s performance, however, it seems pretty unlikely that TLC will average seven minutes per game for much longer. He put on a stellar performance in the first half, registering 19 points on 6-10 shooting along with three triples, a steal, and a block. He was the Brooklyn Nets’ best defensive option against Ja Morant before he went down late in the second quarter with an apparent ankle injury, and Luwawu-Cabarrot had a couple of impressive drives to the rim as well.

TLC finished the night with 21 points and six rebounds. He may have only scored once in the second half, but it was certainly an impressive basket:

TLC also snared a critical steal with 20 seconds left in regulation that gave Caris LeVert a chance to seal the win before overtime. Luwawu-Cabarrot did not play much to start the season, but he nearly doubled his season minutes total in one game. The Brooklyn Nets might have lost, but TLC certainly made an impressive case for a bigger role with this performance.

Steve Nash has stated before that he expects Caris LeVert to star in a sixth-man role. However, it appears the role is likely to change with Dinwiddie’s injury. That combined with Kyrie’s absence led to LeVert getting his first start of the season. While he missed a couple of key baskets late, LeVert led the Brooklyn Nets with 28 points while also registering five steals on the defensive end.

The most important part of his game tonight, however, was his top-notch passing. LeVert finished the night with 11 assists, including a beautiful pass to a cutting DeAndre Jordan for a dunk in the second half. He also dropped this highlight reel dime:

This dish by Caris…😳

While LeVert will not be taking on the lead playmaking responsibilities, he did an excellent job of creating for others with both Kyrie and KD out. Since Dinwiddie will be on the shelf for the foreseeable future, LeVert’s passing will continue to be a key part of this offense going forward.

Jarrett Allen locks down the interior

Remember when Jarrett Allen was a skinny 19-year-old that managed to earn major minutes despite getting pushed around by anyone with any semblance of muscle?

Allen clearly demonstrated tonight that those days are long gone.

Jarrett Allen (15 rebounds) has now snared double digit boards in three straight games and 10 of his last 11 overall (dating back to last season and including the playoffs).

Allen grabbed 15 boards (including five on the offensive glass) in just 23 minutes of playing time. He sat during crunch time, checking in with only eight seconds left in overtime. DeAndre Jordan is clearly cemented as the starting center — starting every game last year after Kenny Atkinson was fired — but Allen once again outplayed him in this one. The Nets may continue to start Jordan for the rest of the season, but nights like tonight make it harder to make a case for DeAndre over Jarrett going forward.