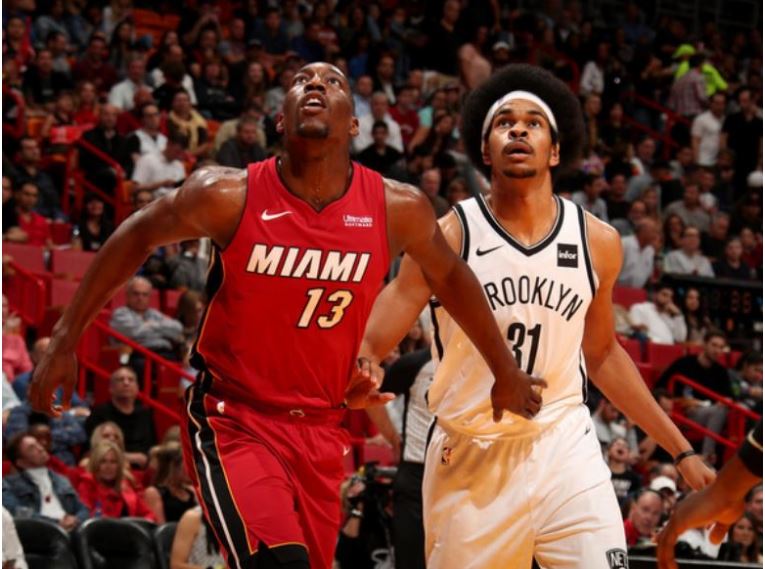 The Nets will travel to South Beach tonight in search of a third win in a row vs the Heat to win the season series for the first time since 2013-2014.

Why the Brooklyn Nets Will Win:

If the Brooklyn Nets hope to have a shot at winning this game, they absolutely have to do what they’ve done all year; push the pace. While the Nets have been one of the fastest teams in the NBA (7th place in pace), the Heat have been one of the slowest (27th), and the Nets need to use this to their advantage.

Part of the reason that the Heat has been such an elite defensive team (8th in defensive rating this year), is because they slow the game down to a crawl and suffocate their opponents into making mistakes.

However, if the Nets can just stick to the game plan and turn the game into a track meet, they could potentially catch Miami off-guard and out of position just enough in transition to win.

Forcing the Heat Bigs to Score

There’s a reason that Brooklyn has made a point of acquiring long and athletic talent on the wings recently. When they can throw guys like Rondae Hollis-Jefferson, DeMarre Carroll, and Caris LeVert at the opposing team, they can shut down so many options. This game is no different.

The Heat rely extensively on their guards and wings for the majority of their points, which plays right into the Nets personnel on that end. Established defensive studs like Rondae Hollis-Jefferson and DeMarre Carroll can give Josh Richardson and Tyler Johnson all kinds of problems while a bench player like Caris LeVert can provide valuable minutes defending the Heat guards.

By managing to limit the scoring of the Miami guards and wings, the Nets can force bigs like Hassan Whiteside and Bam Adebayo to create for themselves, which is the best possible outcome for Brooklyn.

Defense certainly isn’t the Nets’ calling card, but this game could be just what they need to win.

Why the Heat Win 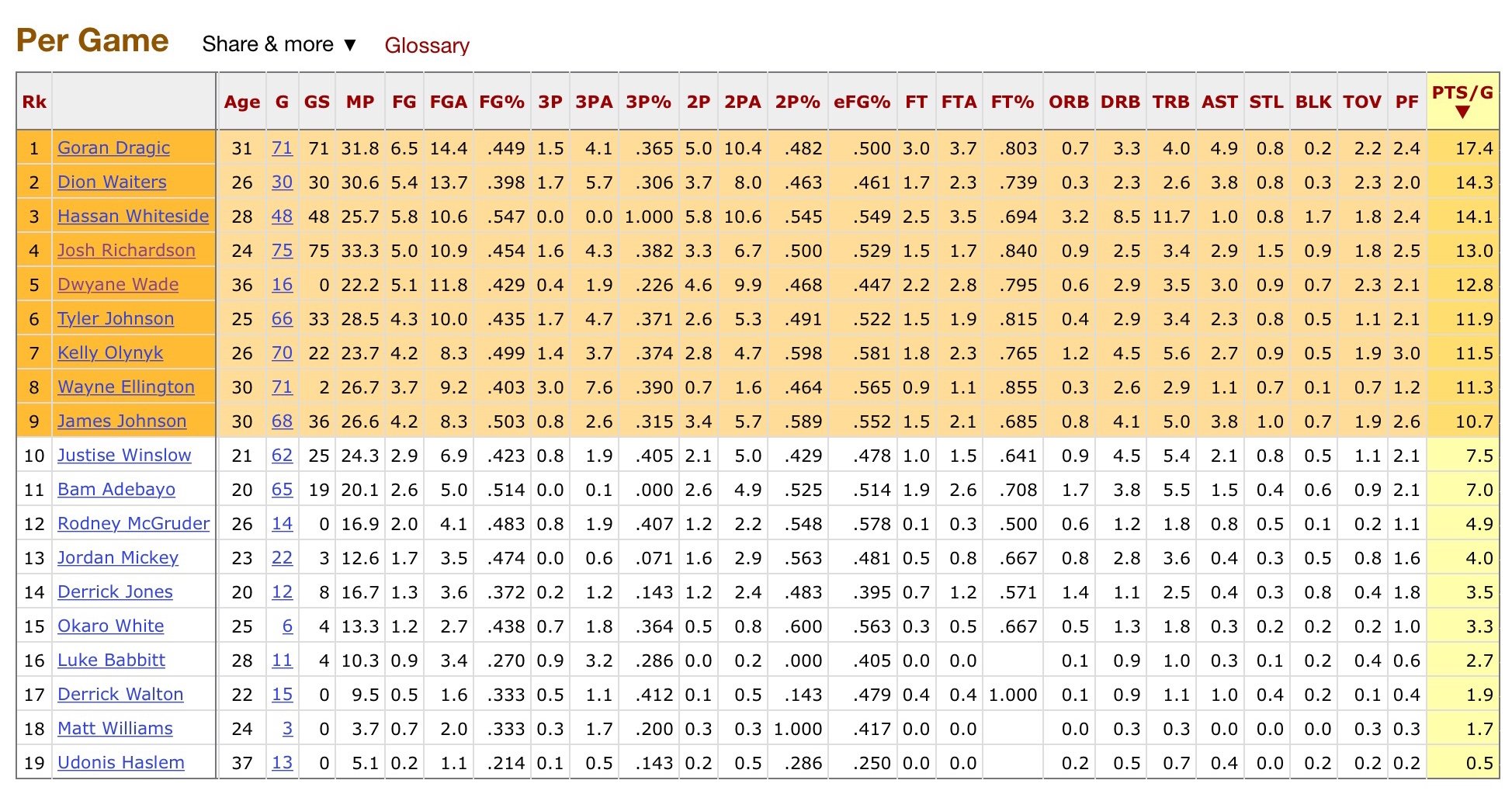 It’s no secret that the Heat have one of the deepest rosters in the league. With 9 players checking in at above 10 points per game and 11 players playing more than 20 minutes per game, Miami has no shortage of options.

In recent years, a large portion of the Heat’s vaunted culture has centered around the idea of a “plug-and-play” roster which, though lacking stars, can hang with any team in the league by reaching deep into the bench. There’s no reason to expect tonight to be any different.

No matter how well the Nets’ starters do in this game, the Heat can do what they do what they’ve done all year; dominate opposing bench units.

While Brooklyn has all the makings of an elite offense, they’ve simply failed to capitalize this year, and their biggest shortcomings (3-point accuracy and turnovers) fall right in line with the strengths of the Miami Heat.

The Heat allow the third highest amount of 3-point attempts in the NBA, and while the Nets shoot more than 28 other teams, their shooting percentages from that area are below average. Moreover, the Nets turn the ball over on 13.5 percent of their possessions and the Heat’s 14th-ranked turnover defense will certainly take advantage of that percentage.

The Brooklyn Nets are a young team with exploitable weaknesses that unfortunately fall within the wheelhouse of a very good Miami Heat team.

Miami can bully the Brooklyn Nets defensively into a win, all they have to do is try.

When: 8:00 ET
Where: American Airlines Arena in Miami
How To Watch: FS-Sun, YES Network